ROSATOM participates in the International Youth Nuclear Congress in Sydney

The official opening of the business program of the International Youth Nuclear Congress 2020 was held in Sydney on 9 March. ROSATOM as the Congress partner took part in the ceremony. The main theme for this year’s Congress is the diversity of people, technologies and scientific fields in the nuclear industry. Vadim Titov (Rusatom International Network), Adrian Paterson (the Australian Nuclear Science and Technology Organisation), Suzanne Jaworowski (the U.S. Department of Energy), Huang Wei (IAEA), Najat Mokhtar (IAEA) gave their speeches at the central panel discussion of the Congress. 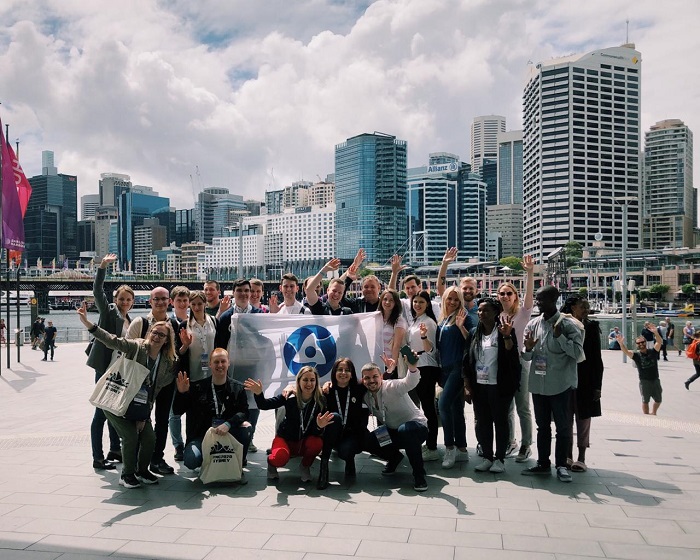 “Diversity and individuality allow us to get new experience. For the nuclear industry, this means openness, willingness to adopt the best practices and share them with our colleagues all over the world. To me personally as well as to ROSATOM, this is an opportunity of great value,” noted Vadim Titov.

Over 30 members of the Russian youth delegation representing 20 ROSATOM companies will deliver their speeches at the Congress that will last until 13 March. On 11 March, Polina Lion, Rosatom Chief Sustainability Officer, will speak at the panel discussion on “How young professional are changing the face of the nuclear industry”. At the interactive stand devoted to the 75th anniversary of the Russian nuclear industry, young representatives of the industry will tell the attendees about the main business activities of ROSATOM during the Congress.

The International Youth Nuclear Congress was founded in 1997. This is a non-profit international organization and network that unites students and young professionals from 51 countries, who represent various scientific and industrial areas. The organization’s mission is to develop new approaches to the increase of public awareness about the advantages of nuclear power as a component of the balanced energy mix, to support further peaceful use of nuclear science and technology for the benefit of mankind, and to pass down the knowledge from the today’s generation of leading scientists to the generation to come.