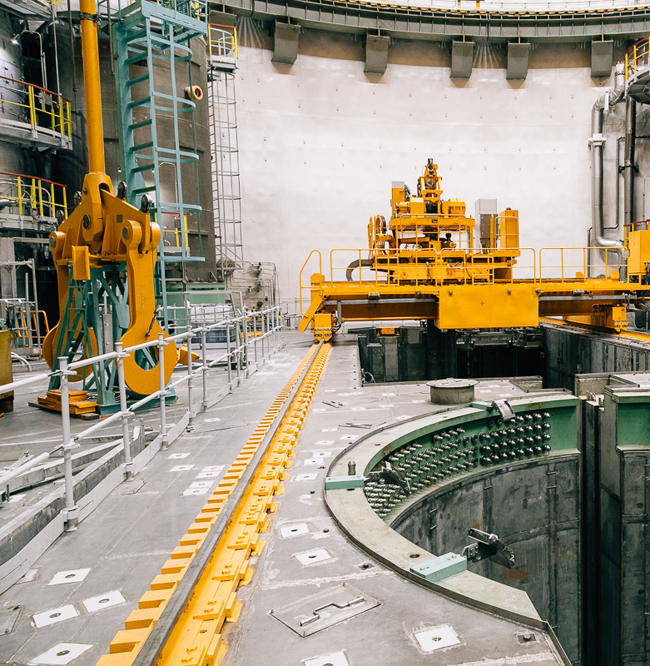 Voronezh Region, February 19, 2019 – Fuel loading began right on schedule at the Novovoronezh Nuclear Power Plant II, unit No. 2 equipped with the VVER-1200 reactor. The first batch of 163 fuel assemblies were successfully installed at 16:10 (Moscow time) with the remaining assemblies to be loaded within five days.

The initial fuel loading marks the beginning of the reactor start-up. The reactor will then achieve first criticality – the moment when a chain reaction is launched in the reactor for the first time and the core parameters required for the reactor’s further operation are established. The next stages include connection to the grid, power ascension testing and the commencement of commercial operations. 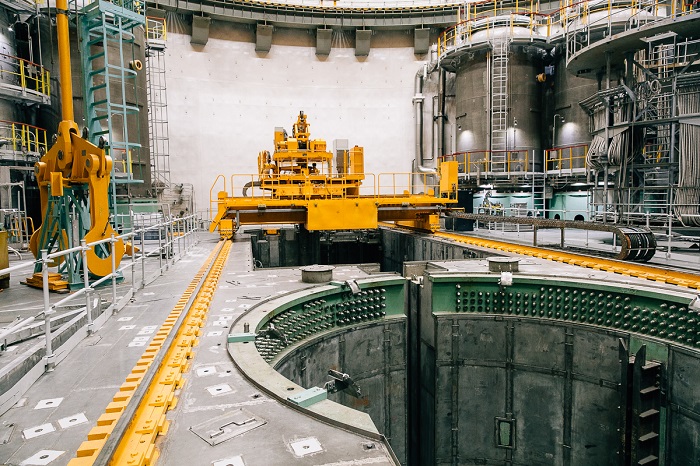 “This operation marks the beginning of the reactor start-up, which means that all operations related to the construction of unit No. 2 at the Novovoronezh-2 have been accomplished. Further operations will prepare the unit for first criticality and electricity production. The unit is scheduled to begin commercial operation by the end of this year,” Andrei Petrov, the Rosenergoatom’s director general said.

“The launch of the start-up of unit No. 2’s reactor at the Novovoronezh-2 demonstrates Rosatom’s successful construction of generation III+ reactors. It is the second reactor of its type on this site and the third in Russia. Several foreign countries have also chosen to use this technology, including Finland, Hungary, Bangladesh and Belarus. Overall, there are 36 units currently being developed by Rosatom in 12 countries,” Novovoronezh NPP Director Vladimir Povarov said.

Compared with the previous generation of VVER power units, the innovative generation III+ VVER-1200 reactor has a number of safety and economic advantages. Its capacity is increased by 7%, number of staff is reduced by 30-40%, and the reactor’s lifetime is doubled to 60 years with a possibility of extending it to 80 years.

The launch of the reactor will bring the share of nuclear in the Central Russia’s electricity grid to 27% thus preventing over 4 million tonnes of GHG emissions every year and boosting the region’s economy.

Unit No. 2 is scheduled to become operational by the end of 2019 increasing the plant’s total capacity to 3.2 GWe and providing the European part of Russia with a reliable clean source of energy.

ROSATOM is the only company in the world to offer integrated clean energy solutions across the nuclear supply chain and beyond, including design, construction and operation of nuclear power stations, uranium mining, conversion and enrichment, supply of nuclear fuel, decommissioning, spent fuel storage and transportation and safe nuclear waste disposal. With 70 years’ continuous experience, the company is the world leader in high-performance solutions for all kinds of nuclear power plants. It is also working in the segments of wind generation, nuclear medicine, energy storage and other. Headquartered in Moscow, the company brings together over 300 enterprises and organizations and over 250,000 employees. Globally, the company has the second biggest uranium reserves, has 40% of the world’s enrichment market, and is the world’s biggest builder of the latest generation nuclear power stations and US$133 billion 10-years export order book.