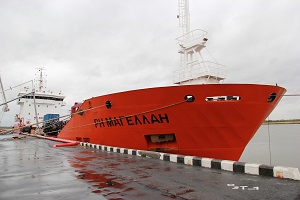 In 2018, RN-Bunker, a subsidiary of Rosneft Oil Company, increased its bunker oil sales by 10% year-on-year to 3.2 million tonnes.

The increase in the bunker oil sales volumes was due to the Company’s efficient operations, customer service expansion and cooperation development with major foreign and Russian consumers, including those in the Far East ports.

The development of petroleum products premium distribution channels, including bunkering, is one of the priority areas for the Company. RN-Bunker traditionally provides high quality services, and also has considerable experience in performing non-standard, technically complex bunkering operations. Its great expertise in bunkering helps attract the largest global and domestic consumers of bunker oil.