On December 21, at 11:30 PM, following 45 years of safe operation, the 1st power block of the Leningrad nuclear power plant (an affiliate of the Rosenergoatom Joint-Stock Company, the Electric Power division of ROSATOM) was fully stopped. This was the lead power block in the RBMK-1000 series and the first 1000 megawatt high-power reactor in the USSR. 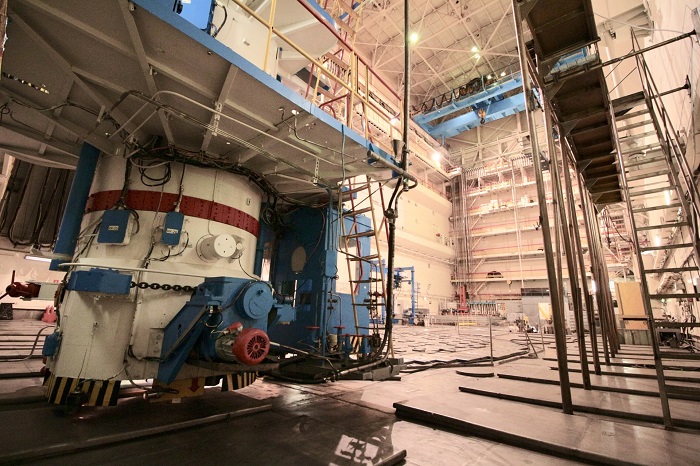 The reactor was shuttered on schedule in accordance with the process operating guide, and the power block was disconnected from the Unified Energy System of Russia without any difficulties.

Since it was powered on December 21, 1983, the first power block of the Leningrad NPP has produced 264.9 billion kWh of power. During all years of operation, it hasn’t encountered a single major incident.

‘The first power block of the Leningrad NPP has served our nation’s economy reliably and safely both during the Soviet times and in modern-days Russia, – Vladimir Pereguda, the director of the Leningrad nuclear power plant, commented on the subject. – We have come to the last stage in the lifecycle of any nuclear power object, which is the shutdown. At the moment, our main goal is to maintain the non-operational block in the same secure way, unload the nuclear fuel from the reactor, and prepare all its systems for the shutdown’. 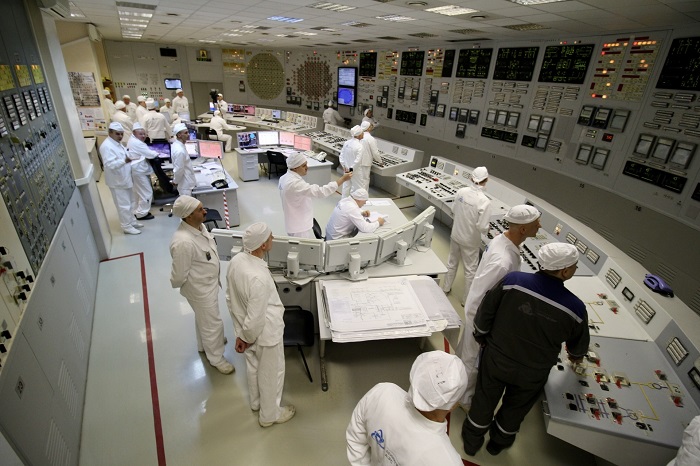 According to the federal standards and regulations, a discontinued power block is considered to be operational before the fuel is fully unloaded, which is going to be completed in 2023. Several activities are scheduled to remove the fuel, operate the systems and elements that are still in use, drain and disconnect the systems, deactivate the systems and elements that have been placed out of service. Basically, all those procedures are not different from standard maintenance, which means that the plant and its staff are fully ready for the process.

Andrey Petrov, the CEO of the Rosenergoatom Joint-Stock Company, noted: ‘In 2018, we made a huge step – by the time the first power block was stopped, the innovative 3+ generation increased capacity VVER-1200 power block had been commissioned for commercial use. That said, the retired capacities of the Soviet time will be replaced iteratively and seamlessly for electric power consumers. Compared to the RBMK, the newly introduced power blocks have a number of advantages: they are equipped with the top-notch security systems, they are 20% power powerful, their designed core equipment service life is twice as long as the former generation power block and totals up to 60 years’.

After the complete shutdown of the first power block, the Leningrad NPP will keep its status of the largest NPP in Russia with its installed capacity of 4200 megawatt. Nowadays, the Leningrad NPP caters for over 50% of the total power consumption in Saint Petersburg and the Leningrad Region.

The Leningrad NPP is the country’s first plant with RBMK-1000 reactors (uranium-graphite circuit-type reactor running on thermal neutrons). The decision that marked its construction was taken in September 1966 by a resolution of the Central Committee of the Communist Party of the USSR and the Council of Ministers No. 800-252. According to that document, the Leningrad NPP was supposed to become a core in a network of nuclear power plants with RBMK-1000 reactors that were supposed to produce a substantial share of electric power. The construction of the Leningrad NPP was going well, and by 1973 the first power block was fully erected. On December 23, 1973, following stable 72-hours’ operation at the capacity of 150 megawatt, the State Commission signed the acceptance certificate stating that the first power block of the Leningrad nuclear power plant is commissioned for pilot production.

Fast forward to 45 years, other nine power blocks with RBMK-1000 are being operated in Russia successfully – at the Leningrad, Kursk and Smolensk NPPs, which is almost 30% of all nuclear generation in the country.

The initial designed life span of the RBMK-1000 was 30 years; however, following a large-scale research, validation, and modernization program, the life span for each of the four power blocks of the Leningrad NPP was extended for another 15 years. The modernization covered over 90% of all systems and equipment at the RBMK-1000 power blocks. Nowadays, its safety level fully complies with the international standards on power blocks’ construction.

Rosenergoatom JSC is a leading enterprise of the largest Electric Power Division of Rosatom State Corporation. The JSC is the largest generating company in Russia and the second largest in the world in terms of nuclear generating capacity. It includes all 10 Russian nuclear power plants that have the status of branches, as well as enterprises providing for the activities of the generating company. In total, these 10 NPPs have 35 power units with a total installed capacity of 29 GW. Currently, Russian NPPs produce about 19% of the total electric energy generated in the country.