The Chief Inspector at the Rosenergoatom Joint-Stock Company (a part of the Electric power division of ROSATOM), Nikolay Sorokin, becomes the new president of the World Association of Nuclear Operators (WANO).

The new president of the WANO was elected at the extraordinary general meeting convened as a part of the 15th General Assembly in London (United Kingdom).

The meeting participants have voted for Nikolay Sorokin, the deputy CEO and the Chief Inspector at the Rosenergoatom JSC, who will replace the incumbent WANO President, Simone Rossi, the CEO of EDF Energy.

The key topics for discussion at the General Assembly where 450 high-ranking members of the WANO and other industry organizations took part were: corporate leadership, support for the new members with regard to safe and timely block launch, securing reliable and safety-committed talent pool, industry innovations and perspectives for the young generation for the upcoming 30 years. 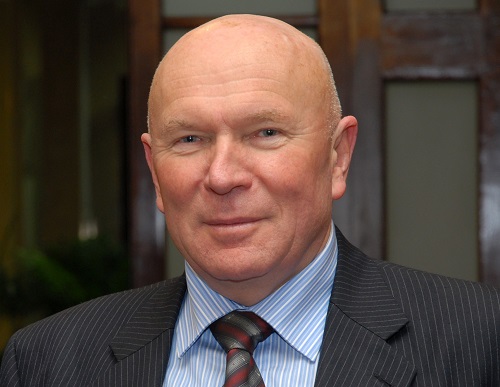 There was also a special session dedicated to the 30th anniversary of the WANO where the key people in the history of the WANO received special awards. The representatives of the Rosenergoatom Joint-Stock Company – Vladimir Povarov, the director of the Novovoronezh NPP, and Victor Ignatov, the director of the Kalinin NPP – were among the nine honorees of the prestigious WANO award marking exceptional contributions to the nuclear safety all over the world.

Vladimir Povarov received this high award for his great participation in improving the operational safety and achievements in the sustainable development of the atomic generation. His contribution to safe construction and launching new 3++ VVER-1200 power blocks was noted, too.

Victor Ignatov has dedicated over 40 years of his life to the nuclear power industry. ‘It is a great honour to me and the whole team at the Kalinin NPP to receive such a great accolade acknowledging our work and strive towards safe and reliable NPP operation. This is a strong motivation to move forward with the nuclear power enhancements’, he added.

The Rosenergoatom Joint-Stock Company is a leading unit of the Electric Power Division of the Rosatom State Corporation. The JSC is the largest generation company in Russia in terms of the electric power output and the world’s 2nd one in terms of the atomic generation capacity. It encompasses all 10 nuclear power plants of Russia that have an affiliate status as well as companies facilitating the operation of the generation unit. All in all, the Russian NPPs operate 35 power blocks with the total installed capacity of 29.1 GW.