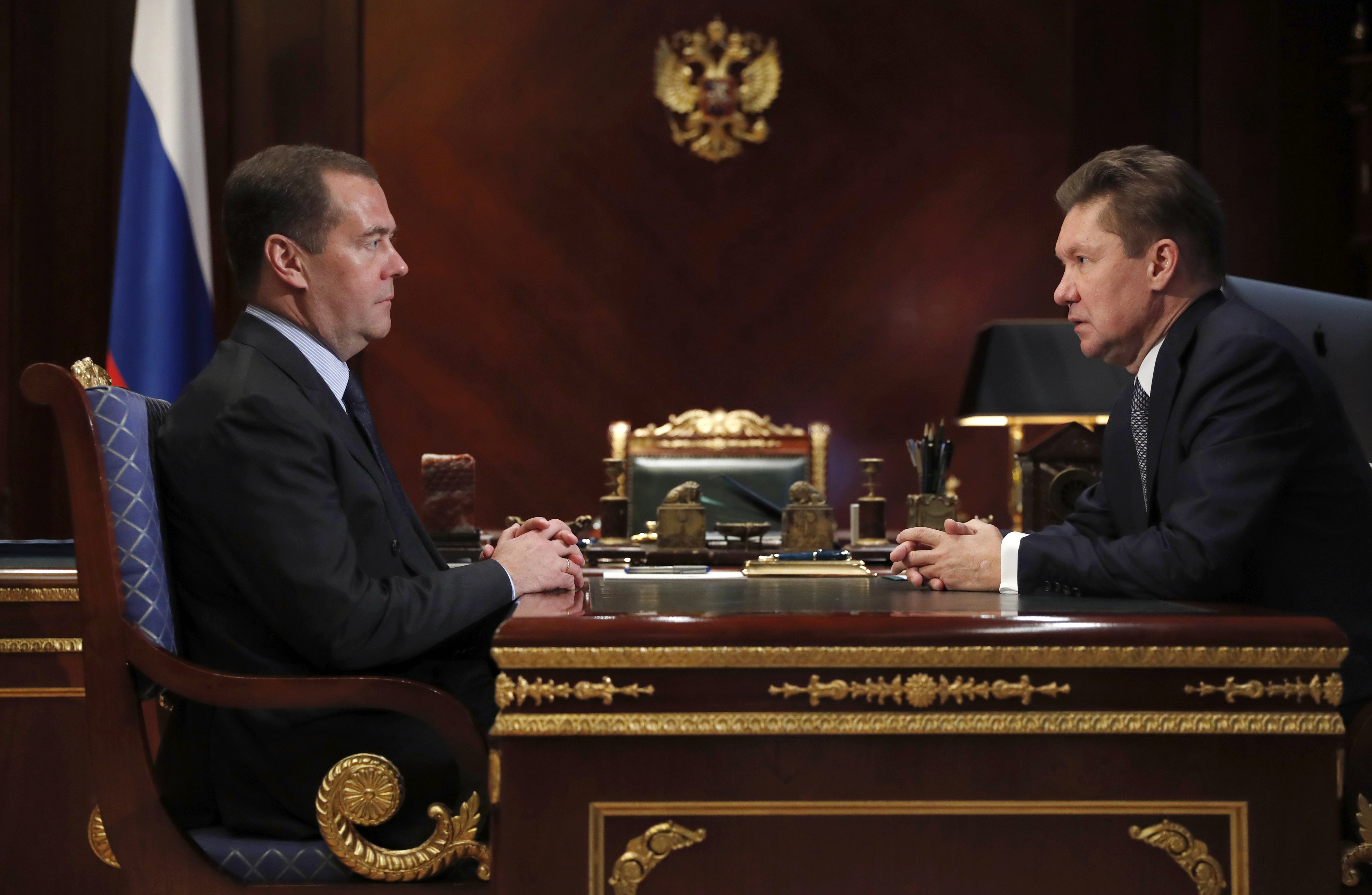 Message to the Media

Alexey Miller briefed Dmitry Medvedev on the main accomplishments of the Company since the start of 2019, including the preparations for the autumn/winter period. Particular attention was paid to interactions with Ukraine in the gas sector.

Dmitry Medvedev: Mr. Miller, how is the Company doing? How are your preparations going for the most challenging period – the winter season?

Alexey Miller: Needless to say, the paramount goal of Gazprom is to provide reliable gas supplies to our consumers in the winter period.

Gazprom has completed 11 sets of its planned preventive maintenance and repair operations, as well as has taken all necessary measures to get the system ready for the autumn/winter period.

Gas supplies from the Company’s gas transmission system in the same period of this year added 0.8 billion cubic meters, or 0.5 per cent. In other words, domestic gas consumption in Russia is showing moderate growth.

Our exports to external markets – to Europe – in nine and a half months amounted to 152.6 billion cubic meters of gas, which, although 2.5 per cent less than in the record year of 2018, is still a 2.6 per cent improvement over 2017. In addition, Gazprom is going to inject 11.4 billion cubic meters of its own gas into European UGS facilities this year.

The main issue on the agenda at the moment is without a doubt the expiration of the contract for gas transit across Ukraine, which, as you know, will be effective through December 31, 2019. We have made our position known to our Ukrainian and European partners: there is undoubtedly a need to fully resolve all court disputes before signing a new contract. The disputes are quite numerous. Here we need to mention the ruling by the Stockholm court, which essentially introduced an imbalance into two contracts: the one for supplies and the one for transit across Ukraine. Add to that the rulings of Ukrainian courts concerning the so-called anti-monopoly case against Gazprom. Its blatantly fabricated nature can be boiled down to one simple fact: Gazprom is not performing any transmission operations in Ukrainian territory. Of course, there are known cases in international practice when disputes between companies were settled out of court, and we are offering a zero option whereby all court proceedings would cease, all lawsuits would be withdrawn, and we would draw a line under this whole affair.

The second, crucial issue is this. Everyone is talking about the importance of the transit contract, and yet one should understand that Ukraine needs to give a clear and definitive answer to the question of whether it intends to buy Russian gas and, if it does, whether it will be done in large or small amounts. Of course, our supplies will be much less expensive than reverse supplies from Western Europe, which are basically the same Russian gas. As we mentioned, the price of gas for end consumers in Ukraine in case of direct supplies may go down by up to 20 per cent compared to the current price.

By answering this question, Ukraine will allow us to determine which gas transmission capacities we will have to book in Russia at the entry point to Ukraine, as well as which capacities will remain at our disposal for transit purposes.

The third issue is the legislation in the framework of which the new transit contract might be signed. Ukraine had set the goal to integrate the European Union’s Third Energy Package into its legislation from January 1, 2020. As you know, this procedure is rather time-consuming, as it entails the creation of an independent gas transmission operator and an independent regulator that will set the tariffs. This process is quite a long way from being completed. And unless Ukraine sets up an independent gas transmission operator and an independent regulator by January 1, 2020, the only option will be to extend the effective contract in the context of the evolving, current market conditions.

Dmitry Medvedev: Have your Ukrainian colleagues given you any answers?

Alexey Miller: We are keeping in contact, and they are aware of our questions. The ball is in Ukraine’s court.

Dmitry Medvedev: We discussed this issue with you before the elections and during the visit from a number of our Ukrainian colleagues. We spoke about potential cooperation. After that, you had a round of negotiations involving the European Commission. Regrettably, despite changes in the Ukrainian leadership, problems remain. Most importantly, as I am informed, reverse gas supplies are – at least for now – being purchased at the same high prices, which is unfortunate for Ukrainian consumers. However, it is their choice. Their right. Nevertheless, it is obvious how harmful it is to ordinary citizens of Ukraine, ordinary consumers who, essentially, buy Gazprom’s gas with a surcharge of 25 per cent.

You have listed the ways of resolving this difficulty. We will see. There is still time. We will wait for new information. Please keep us updated.