More then 700 years the mirror of the Volga River surface reflects the golden magnificence of the Ipatyevsky Monastery, which is the pearl of Russian architecture on Kostroma land. 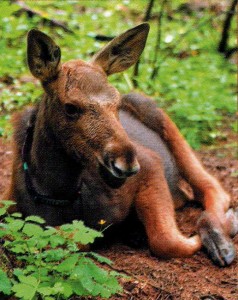 Kostroma is an ancient city. During its existence it have seen wars and distempers, conflagration and famine, and it is closely connect to the formation of Russia. Exactly here the noble Tatar murza Chet has adopted Christianity and founded the first monastery.

Also here in 1613 the 300-year overlordship of the Russian tsar dynasty of Roma¬novs began, when Mikhail Romanov was elected to reign. Now the sharp-toothed walls of Ipatyevsky and Bogoyavlenskiy monasteries preserved the stamp of historical events. The Bogoyavlenskiy and Ipatyevsky Cathedrals, which are the oldest existent buildings, are over 350 years old. The outstanding monument of Russian architecture of the 17th century is the Church of the Assumption on Debra. 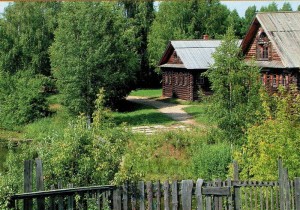 One of the most impressive buildings of Kostroma is the Green Tower.’ It is araised over the wall body, opening the dark holes of embrasures, easily carrying the dome hipped roof, which is covered by green tile. Near the monastery, on the bank of Volga the Museum of Wooden Architecture is situated. Russian village appearance consists of peasant’s houses, windmills and bath-houses on the polings. 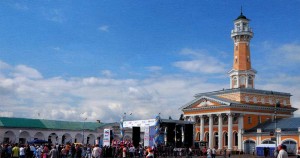 One more place worth to be visited is the unique centre of ecological tourism — the elk farm. Here one can see powerful elks living in their
natural conditions, feed them from hands and taste elk milk. This is the place, where you don’t want to leave from. One could see during the hours how the Volga wave lazily plays with a golden sparkle of ancient domes, reducing inexorable time way. 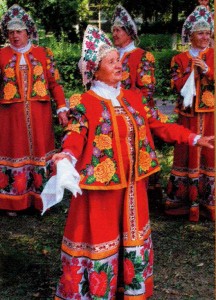