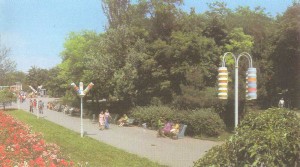 From the start of the century the park near the centre of the city overlooking the sea has been a favourite spot with the people of Odessa and visitors to the city. The main entrance is from Ulitsa Engelsa (Engels St.). It is a ten minute walk from the centre, i.e. from the Hotel Krasnaya. You walk down Ulitsa Rosy Luxemburg (Rosa Luxemburg St.) to the end, then turn to the right down Ulitsa Sverdlova (Sverdlov St.) and then to the left down Pereulok Suvorova (Suvorov Lane) and this will lead you to the main entrance of the park.

On your way it is worth stopping to take a look at the administrative building on the corner of Pereulok Suvorova and Ulitsa Sverdlova (house No. 23). It is a monument of architecture dating back to the first years of the building up of the city (1827) but the architect is unknown. Built in the classical tradition, it has three protuberances at the height of the second and third storeys, heavy porticos and Ionic columns. The massive pedestals of the columns take up all the first storey.

A monument to the great Ukrainian poet Taras Shevchenko was unveiled in 1966 outside the main entrance to the park  which bears his name. A granite rectangular pedestal serves as the foundation for the monument. It bears the dates of his birth and death, 1814-1861 and the words of his poem “The Testament”.

The park was originally laid out in 1875. But during the Civil War and the years of foreign intervention (1918-1920) many of the trees were felled. Much work on restoring the park was done in the prewar years, and after the war its territory was greatly enlarged, so that now it occupies 94 hectares.

As you enter, to the right is the open-air theatre which can accommodate an audience of 4,500. It is almost circular in shape, with the stage in a form of a shell with green lawns on either side rising in three terraces. They are sometimes used as a continuation of the stage for mass scenes. The seats for the audience also rise gently and at the top there is a balustrade around the entire theatre with enough space for the public to take a stroll in the intervals. Surrounded by trees it looks its best in the evening when the lights are on.

The park also has an open-air cinema, a concert hall, chess and checkers clubs, a library and a reading hall. There is also a fun-fair, and the astronomical observatory of the University is on the territory of the park.

From the main entrance  there is a wide alley running parallel to the coastline lined by linden and plane trees leading to the “Komsomol” beach.

To the right of this alley you will notice a fairly high mound, the last remnant of the old fortress built by Suvorov at the end of the 18th century. It is topped by a column of black labradorite, with a bronze bas-relief of Suvorov and the inscription: “The Andreyev bastion of the fortress built by A. V. Suvorov stood on this spot from 1793 to 1811,” on one side and on the other there is the date of the foundation of the park, 7/19/ September, 1875.

To the left of the main alley, opposite the mound and its column is the entrance to Odessa’s main stadium, the Central Stadium of the Black Sea Shipping Line built in 1936. It lies in a natural hollow with the open side facing the sea. The north- and west-side stands are built on earth mounds that formed part of the Suvorov fortress. The seating capacity is 50,000. Apart from the football field, the stadium has running tracks, tennis, volleyball and basketball courts and a gymnasium.

The biggest sports events are usually held here, and perhaps the biggest summer event is the traditional International Sailors’ Sports Week, in which any seaman from any of the ships at anchor in the ports of Odessa, Ilichyovsk or Yuzhny can take part.

The Odessa football team “Chernomorets” plays in the top league, and when there is a match at home the city streets become practically deserted. The people of Odessa are great fans of their team and they will tell you that when a member of the team scores a goal, even the sea trembles from the roar of applause and victory cries, but when “Chernomorets” is losing, the sea too becomes gloomy.

Odessa is not only a city of sports fans, it is also famed for its sports traditions, as at the end of the last century there were already strong football teams here. The Yacht Club is more than a hundred years old, and it was in Odessa in 1908 that the first aero-club was formed. It included among its members Sergei Utochkin (1876-1916), one of the first Russian pilots. 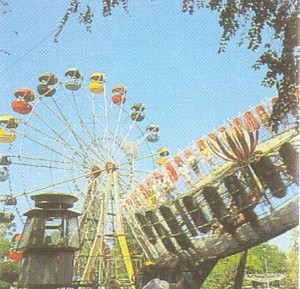 However, before the revolution sports were mostly the privilege of the more prosperous classes. It was only in Soviet years that facilities were provided for everyone to go in for sports. Odessa today has 13 stadiums, 201 sports halls, 13 swimming pools, about 800 sports grounds, 60 football fields, 25 tennis courts, 3 artificial-ice skating rinks, 76 shooting galleries, 21 arenas for field and track events, Sports Palaces for Adults and for Children, and a Yacht Club. It is estimated that some 400,000 people go in for various sports, including 20,000 children in the special sports schools. 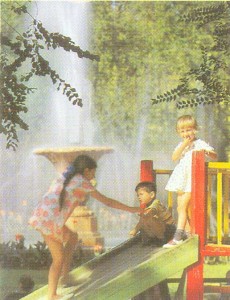 If you turn off from the main alley towards the sea, circling around the stadium you will find another relic of the early history of Odessa, the Arcade, a brick wall with seven arches and a round tower.

These are part of the remnants of the medical quarantine of the Odessa port and the tower now houses the park museum.