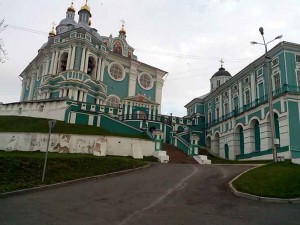 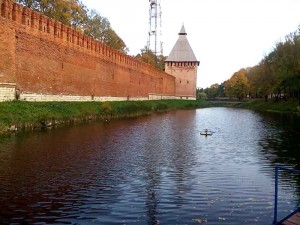 The Smolensk fortress wall (sometimes using the wrong name Smolensk Kremlin) – defense facility, built in 1595-1602 years during the reign of Tsar Fedor Ivanovich and Boris Godunov. The monument. Architect Fyodor Kon. The length of the walls – 6.5 km (survived less than half of the walls and towers). Had a great military importance in the Russian state.