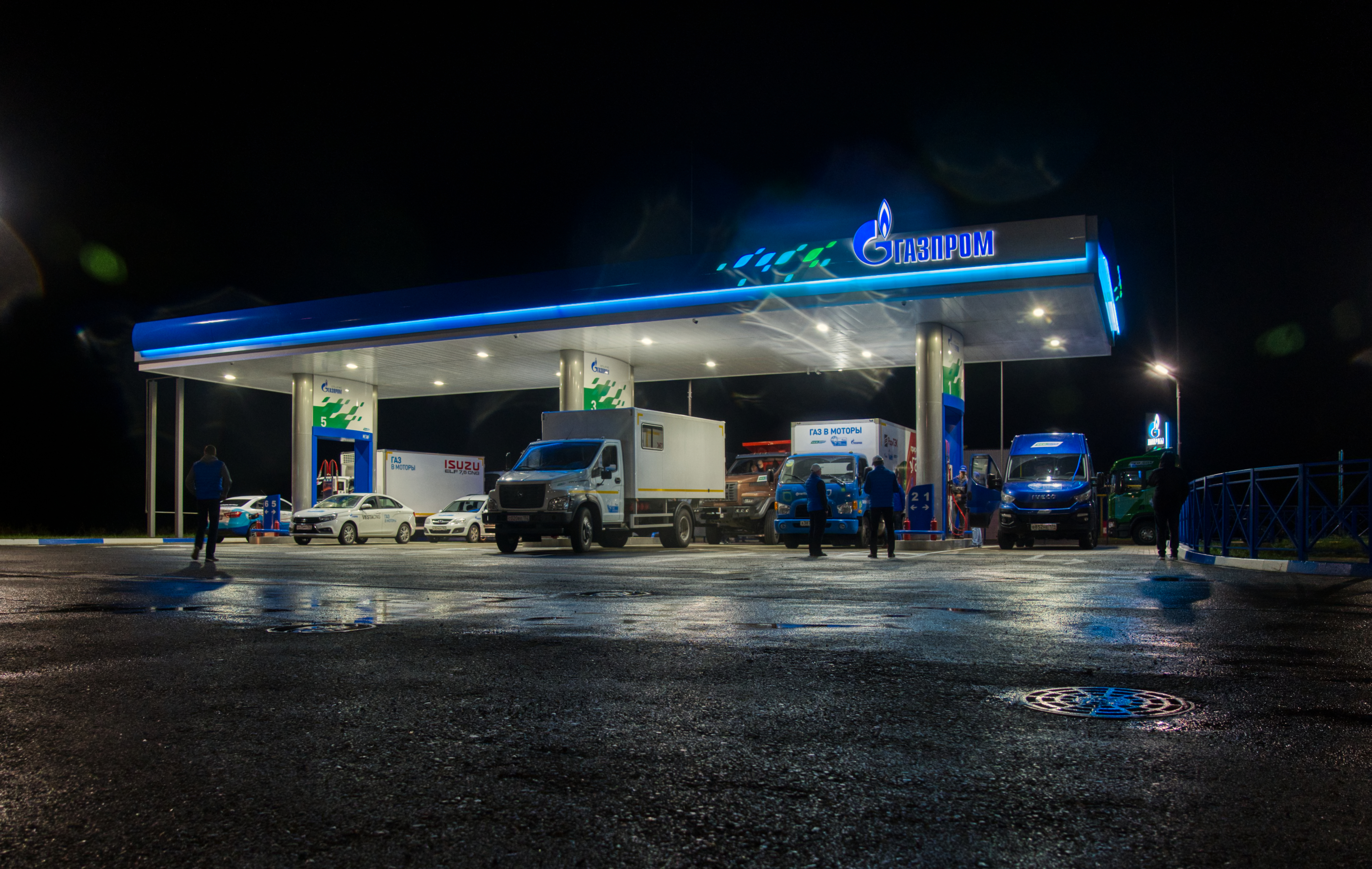 Vitaly Markelov, Deputy Chairman of the Gazprom Management Committee, today signed at the 9th St. Petersburg International Gas Forum a series of documents with the heads of a number of companies and Russian regions to enhance the use of natural gas as a vehicle fuel.

A roadmap for accelerated development of the NGV market until 2024 was signed with Maxim Shaskolsky, Vice Governor of St. Petersburg.

Pursuant to the document, Gazprom will expand the city’s natural gas filling network from 6 to 25 facilities and create new service centers for NGV conversion and maintenance. The St. Petersburg Government will work to, inter alia, increase the number of gas-powered vehicles in the fleets of road maintenance utilities and passenger transport enterprises.

A roadmap until 2024 was signed with Mikhail Moskvin, Deputy Chairman for Construction at the Government of the Leningrad Region.

Gazprom is operating four NGV refueling facilities in the Leningrad Region and plans to raise their number to 22, including by constructing CNG filling stations and cryogenic filling stations (for refueling vehicles with liquefied and compressed natural gas) in the Boksitogorsky, Vsevolozhsky, Vyborgsky, Kirovsky, Lomonosovsky, Luzhsky, Priozersky, Slantsevsky and Tosnensky Districts, as well as in the Sosnovoborsky City District.

The Government of the Leningrad Region will ensure, inter alia, the formulation and implementation of measures to encourage the purchasing of NGVs and conversion of cars to enable the use of natural gas as a vehicle fuel by organizations of all types and by private individuals.

According to the roadmap, Gazprom’s gas filling network in the region will be expanded from 5 to 13 units. Instead of platforms for mobile refuelers, advanced CNG stations will be built in Kaliningrad, Sovetsk and Chernyakhovsk. Three more stations are envisaged in Kaliningrad. Moreover, the Company is going to build CNG stations in the towns of Gusev, Svetly, Pionersky and in the Novoselovo settlement. The regional government will foster NGV fleet expansion for industrial, transport and taxi businesses.

Agreements on enhanced use of natural gas as a vehicle fuel were signed with Gleb Nikitin, Governor of the Nizhny Novgorod Region, and Ilya Tuzov, Deputy Head of the Lipetsk Region Administration.

The documents outline joint and coordinated actions for building up NGV refueling infrastructure in the regions and synchronizing NGV fleet growth, as well as setting up NGV conversion and maintenance centers.

The parties will identify potential consumers in the region and the annual LNG volumes required, and will then select the future locations for the LNG plant and the filling network. Gazprom plans to complete the construction in 2022. The Tatarstan Government will draw up a special regional program to boost LNG market development.

The roadmap for strategic cooperation on the use of natural gas as a vehicle fuel was signed with Pavel Lyakhovich, Member of the Management Board – Managing Director of SIBUR.

In line with the document, Gazprom plans to deliver in 2020 a pilot project for the construction of an NGV refueling unit at SIBUR’s key industrial site in Tobolsk. The parties will define further lines of cooperation based on this experience.

A roadmap for the implementation of the Memorandum of Cooperation for the use of natural gas as a vehicle fuel in waterborne transport was signed with Georgy Antsev, Chairman of the Board of Directors – General Designer of Alekseev’s Hydrofoil Design Bureau.

In particular, the document provides for the drafting of technical specifications for the design of a gas-powered marine engine and a gas fuel storage system in high-speed vessels, the formulation of standard solutions for LNG bunkering in inland water transport, and the creation of floating bunkering points for river vessels by domestic enterprises. The parties will perform a feasibility study for the pilot project of construction and operation of an LNG-fueled vessel (or numerous vessels).

An Agreement on strategic areas of cooperation was signed with Dmitry Strezhnev, Director General of the United Machine Building Group. The cooperation between the parties will be aimed, in particular, at launching the output of new models of cargo and special-purpose equipment powered by natural gas, as well as improving its performance indicators. Special attention will be paid to the formulation of proposals related to import substitution and local manufacturing of gas equipment and automotive components.

Aleksey Samsonenko, Director General of Gazprom Bytovye Sistemy, and Ezio Cavagna, Chairman of the Board of Directors of Cavagna Group S.p.A. (Italy), signed a Memorandum of Intent. The parties will explore the ways of creating in Russia a joint venture for the manufacturing of gas cylinder equipment of various types, which is currently being purchased abroad by domestic automakers. Particular attention will be given to establishing a local manufacture of components for such equipment.