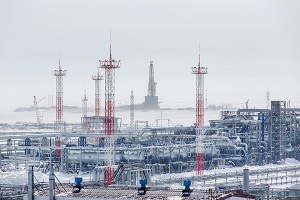 Messoyakhaneftegaz, a joint venture of Gazprom Neft and Rosneft, produced the 10 millionth ton of oil. This target was reached in less than three years of operation of the East-Messoyakha field.

During the period, over 300 production wells were built in the licence area. The total drilling rate exceeded 1.1 thousand km. The enterprise produces 14.2 thousand tons of oil per day.

To increase production volumes in a consistent manner and improve the development of hard-to-recover reserves, Messoyakhaneftegaz widely uses a number of technologies for intensifying oil inflow, including multistage fracturing, polymer flooding, and high-tech drilling. Almost every third well in polar fields has a multilateral completion or was built using the fishbone* technology. The design of such wells grows increasingly complex: at the beginning of 2019, the company commissioned a record fishbone well with eight branch holes.

In 2019, the enterprise will continue preparing for the commission of the second stage of the central production facility with a total capacity of 6 million tons and the construction of gas infrastructure facilities as part of a project for the rational use of associated petroleum gas (APG) by injecting it into formation at the West-Messoyakha field. In March, the Federal Agency on Subsoil Use granted the enterprise a construction licence for a subsurface storage for APG.

Messoyakhaneftegaz will continue the work on finding new promising sites. In 2019, the company plans to drill four exploration wells and conduct seismic exploration on the Achimov formations in the northern part of the East-Messoyakha licence area.

At current operating well stock, the selection of optimal individual well schedules is being made, which will contribute to improving the oil recovery efficiency.

The Messoyakha cluster includes the East-Messoyakha and West-Messoyakha fields located on the Gydan peninsula of the Yamalo-Nenetsky Autonomous District. The fields are recognised as unique in terms of the discovered hydrocarbon reserves. The project is being implemented with limited access to transport and production infrastructure.

The licenses for both blocks are owned by Messoyakhaneftegaz, which is controlled by Gazprom Neft and Rosneft on a parity basis. The East-Messoyakha field was launched by President of the Russian Federation Vladimir Putin during a video conference on September 21, 2016. The 2018 East-Messoyakha output amounted to 4.5 million tonnes of oil.

*Fishbone is a multilateral well, which allows for simultaneous drainage of reserves at various depths and significantly increases the access to oil-saturated areas.