On This Day Marina Tsvetayeva Was Born 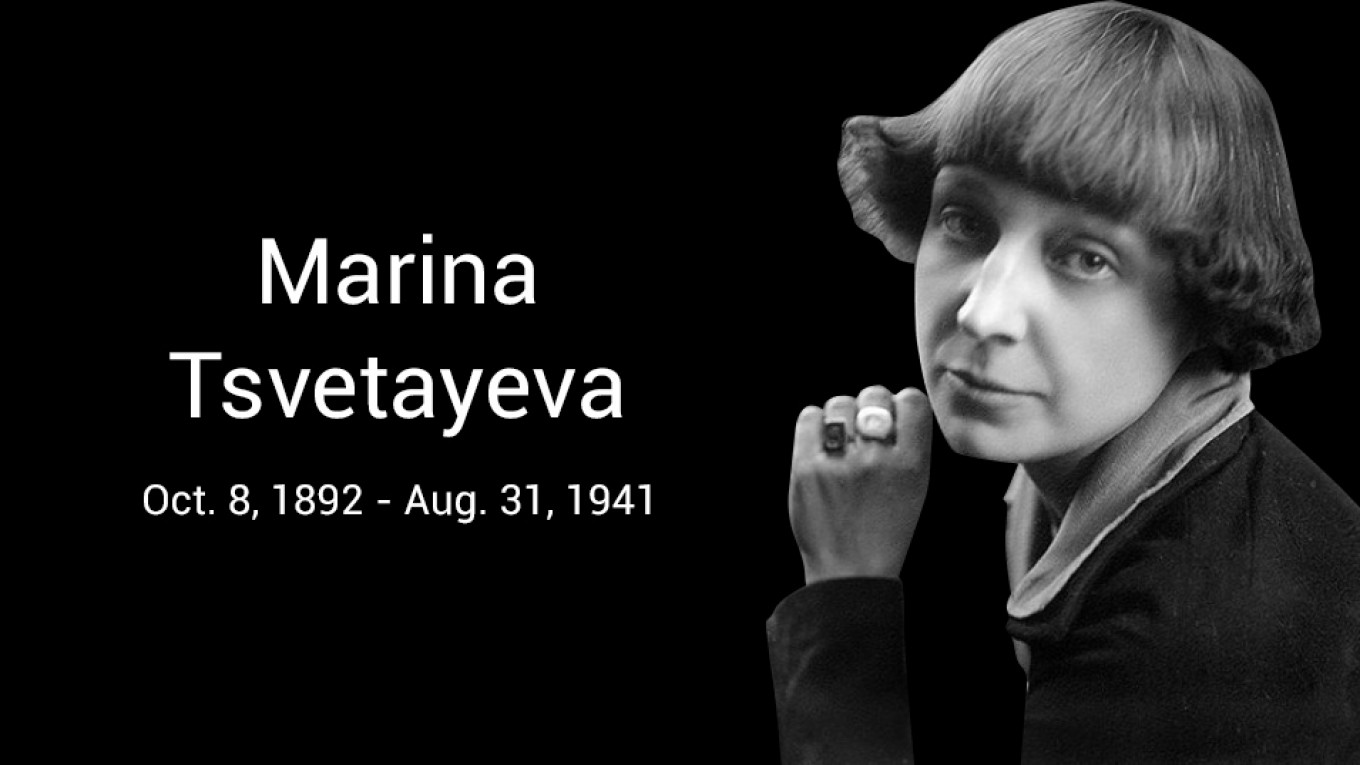 Marina Tsvetayeva was born in Moscow in 1892 to a professor of art history – who founded what is today known as the Pushkin Museum of Fine Arts – and a mother of German and Polish ancestry. Tsvetayeva’s family was one of wealth and influence, albeit not supportive of their daughter’s poetry.

When Tsvetayeva was 16 years old and studying literary history, a revolution was taking place in Russian poetry. She was particularly taken by the  work of Andrei Bely and Alexander Blok, and in 1910 Tsvetayeva self-published a collection of poetry called “Evening Album.” This caught the eye of poet Maximilian Voloshin, who would become her friend and mentor.

Tsvetayeva then began spending time among the artistic community at Voloshin’s house in Koktebel. Here she grew increasingly inspired; it was also here she met and married Sergei Efron, a military academy cadet. Their love was intense, but not straightforward: Tsvetayeva had several affairs, including one with Osip Mandelstam and with poet Sophia Parnok. The latter caused her young husband, with whom she had two daughters, tremendous grief, even as the two women fell in love and continued to inspire each other’s works, such as “The Girlfriend” (which Tsvetayeva sometimes referred to as “The Mistake.”)

In 1914, Efron was posted to Moscow. Following the 1917 revolution, Tsvetayeva returned to Moscow hoping to be reunited with her husband; she ended up trapped there for five years of famine and hardship.

During this time, she wrote poetry and six plays including “The Encampment of Swans” which began in 1917 and ends in 1920 when the anti-communist White Army – in which Efron had enlisted – was defeated. Efron soon emigrated. More tragedy would soon befall the poet: With no means to support her children, she placed both daughters in an orphanage with hope they would fare better there. Her daughter Irina died of starvation in 1920, for which Tsvetayeva never forgave herself.

In 1922, Tsvetayeva and her surviving daughter Ariadna moved to Berlin, where they were reunited with Efron. The family later moved to Prague, and eventually Tsvetayeva gave birth to a son, Georgy, whom she called Mur. In both cities, the family struggled and lived in poverty. While Tsvetayeva had written poems for the anti-communist White Army previously, the Paris circle of Russian emigres believed her to be insufficiently anti-Soviet and ostracized her. Meanwhile, her husband was homesick for the Soviet Union and began working for the N.K.V.D., precursor to the KGB.

By 1939 both Ariadna and Efron had returned to the Soviet Union. Tsvetayeva and Mur followed them. Soon Efron and Ariadna were arrested on suspicion of espionage. He was shot in 1941 while Ariadna served eight years in prison. Tsvetayeva soon found herself without any options of work or community.

On Aug. 31, 1941, she hanged herself. In a letter to her son, she wrote, “Tell Papa and Alya [Ariadna], if you ever see them, that I loved them to the last moment and explain to them that I had no way out.”

After her daughter and sister were released from the gulag in the 1950s, they began to slowly publish her poetry, prose, plays, but with omissions necessary to satisfy the censor. Her full oeuvre, and genius, were only appreciated after the fall of the Soviet Union.