On This Day Sergei Yesenin Was Born 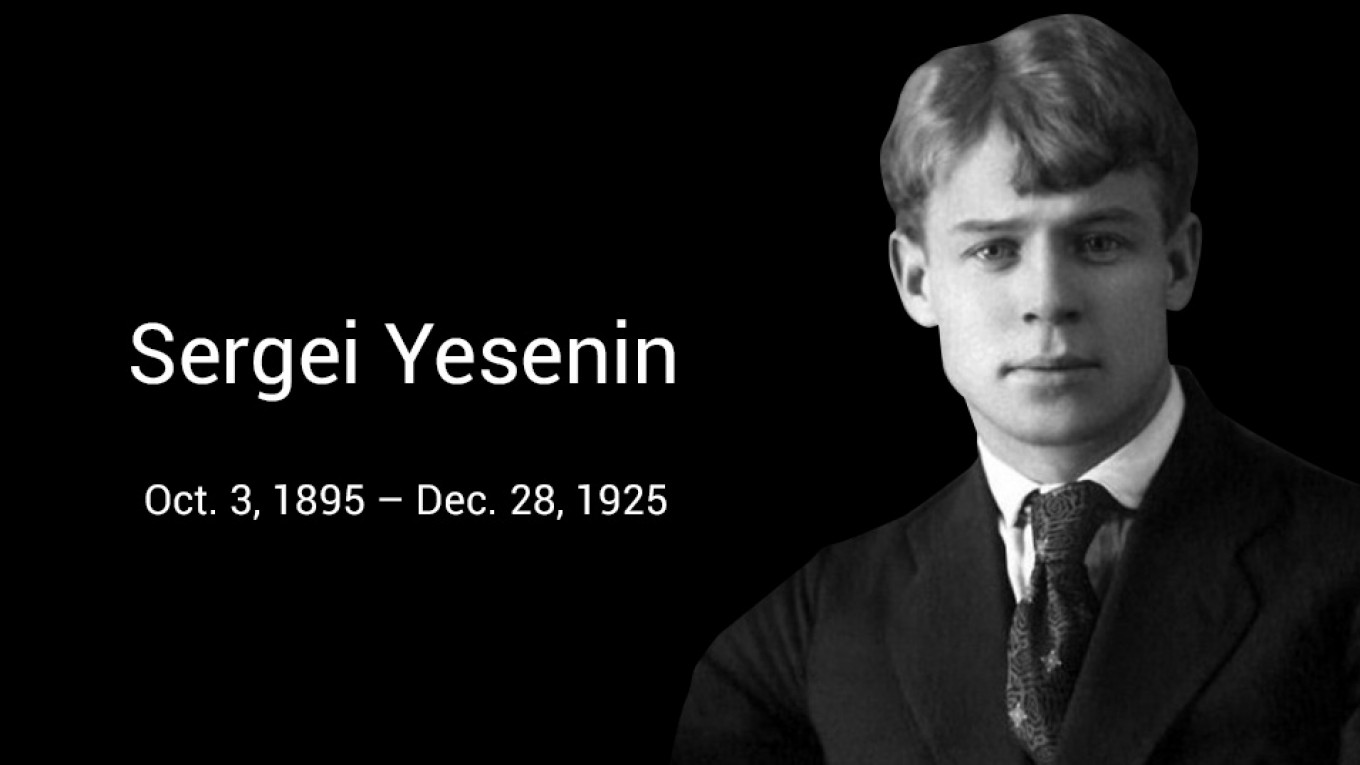 Born in Konstantinovo, Ryazan, to a peasant family, Sergei Yesenin was at an early age sent to live with his grandparents, who were better off and played a major role in raising him. With his three grown-up uncles, a young Yesenin was taught how to swim, hunt and ride horses. His grandmother, a religious woman, encouraged his reading of poetry and at age nine, he began to write himself.

From the age of 15, he began to write structured poetry, which he compiled into his first book of sorts. An attempt to publish “Bolnye Dumy” or “Sick Thoughts” failed.

Graduating from school with a teacher’s certification, Yesenin moved to Moscow where he made a living as a proofreader in a printing company. He then furthered his education at Chanyavsky University, but had to later drop out due to a lack of funds. It was here, however, that he met several other aspiring poets, including Dmitry Semyonovsky, Vasily Nasedkin and Nikolai Kolokolov. He also married for the first time, and had a son named Yuri. Yesenin married four times during his short life.

Increasingly interested in Christianity, Yesenin also entered Moscow’s revolutionary circles – like many other writers and poets, he was for a time under secret police surveillance.

At 19, his first poem “Beryoza” or “The Birch Tree” was published in a children’s magazine. More published worked followed and Yesenin soon quit his job to focus on poetry. Frustrated with Moscow’s lukewarm response to his work, Yesenin moved to Petrograd (now St. Petersburg) where he met Alexander Blok and other well-known poets. Blok was very encouraging of the young Yesenin’s work, and is said to have described him as a “gem of a peasant poet.”

With a poetry collective that he co-founded, Yesenin would go on to publish a number of poems in magazines and become acquainted with writers such as Maxim Gorky, Vladimir Mayakovsky and Anna Akhmatova. Within the year he was known as St. Petersburg’s rising star within literary circles..

Yesenin joined the military in 1916, and his colonel, D.N. Loman, liked his poems and verse and proposed that he write a book of pro-monarchist verse. Yesenin declined, and spent almost three weeks in prison as a result.

Supportive of revolution and, initially, the rise of the Bolsheviks, Yesenin later criticized this aspect of society, writing, “The approaching socialism is totally different from the one I was dreaming of.” These revolutionary years were important ones for Yesenin, and set the scene for some of his most important works such as “The Advent” and “Transformation.”

In 1918, Yesenin co-founded a publishing house and the Russian literary movement of imaginism. Describing his followers he wrote in 1922, “Prostitutes and bandits are our fans. With them, we are pals. Bolsheviks do not like us due to some kind of misunderstanding.”

A regular at Moscow’s literary cafes, Yesenin often gave poetry recitals; he also drank excessively. Having divorced his second wife and married a third, an American dancer, he traveled Europe and the U.S., but often engaged in public quarrels and drunken rampages.

On his return to Russia, Yesenin’s poetry had changed, and did little to conceal the self-deprecation that was consuming him. He married again, this time to Leo Tolstoy’s granddaughter, but he continued to drink and started using drugs.

Feeling like he had failed in his role as the people’s poet, Yesenin wrote his last major work “Cherny Chelovek” or “The Black Man.” By the time he was 30, Yesenin had been hospitalized for a nervous breakdown and soon after, he hanged himself in a St. Petersburg hotel. His last lines were written in his own blood.

In my heart, forever, you’ll stay.

May the fated parting foretell

That again we’ll meet up someday.

Let no words, no handshakes ensue,

No saddened brows in remorse, –

And living’s no newer, of course.”