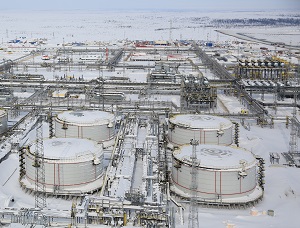 RN-Vankor LLC, a subsidiary of Rosneft Oil Company, has produced the 10-millionth tonne of oil on the Suzunskoe oil and gas field since 2016.

Suzunskoe field is located on the territory of Taimyr Dolgano-Nenets municipal district of the Krasnoyarsk Territory and is part of Vankor cluster.

In 2013, Rosneft launched implementation of three business projects – development of Suzunskoe, Lodochnoe and Tagulskoe fields situated near Vankor field that had been producing since 2009.

Vankor was completed with one of the most efficient production facilities in the country for production, preparation and transportation of oil that features modern technological and innovative solutions, high environmental standards, and deep care for the environment. In order to achieve maximum synergy and scaling of the experience accumulated by the Vankor oilmen on greenfields, a single management loop was introduced. The experience of implementing the Vankor project allows the Company to developing new assets at the high level, using the capacities of Vankor.

Already in 2014, production drilling began at Suzunskoe field cluster pad No. 7, as well as engineering preparation and arrangement of nine field pads, and construction of an inter-field oil pipeline Suzun-Vankor with length of 96 km. In September 2016, the first start-up complex was launched at Suzun, including production, preparation and transportation of oil at the central gathering plant of the Vankor field. Then the oil is directed to the 556 km long Vankor-Purpe oil pipeline.

There are 43 wells in nine cluster pads at the Suzunskoe field; new ones are under construction. Similarly to Vankor, cluster drilling is used on Suzun, when 15 or more wells are being built from one bulk site to a distance of up to 5,000 meters by horizontal directional drilling. In addition, multi-well drilling technologies are used.

Finishing works are underway for the construction of an oil treatment unit with a total capacity of 5.2 million tonnes of oil per year. A Suzun substation (110/35/10 kV) and a power supply line of power transmission lines 110 kV Vankor-Suzun with a length of 91 km are being constructed. The implementation of the gas program continues to ensure the production, collection, treatment and transportation of associated and natural gas at the gas processing plant of the Vankor field and further to the Unified Gas Transportation System. Production drilling continues. Intra-field pipelines (total length 82 km) and roads are laid. At the final stage is the construction of a new housing-modular complex – three dormitories for 250 people, an administrative complex, a canteen, and service and household facilities.

The initial recoverable AB1B2 reserves of the Suzunskoe field are 61 million tonnes of oil and condensate and 38 billion cubic meters of gas.

The gas reserves of Suzun were discovered in 1972. The first oil-bearing structure was discovered in August 1984, when the exploratory well No. 3 achieved the oil flow of 185 cubic metres per day. Receiving the first industrial oil flow in the Krasnoyarsk Territory served as a powerful impetus for the development of oil and gas exploration in the region, following which Lodochnoe, Tagulskoe and Vankor fields were discovered in the period from 1986 to 1988.