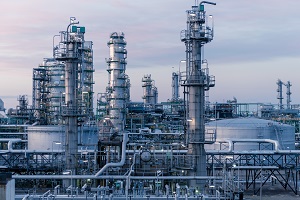 Rosneft Deutschland markets oil products not only from the three refineries directly, but also from more than 30 lifting locations throughout Germany via road, rail and barge. Rosneft Deutschland has an established customer base of more than 500 customers in Germany, Poland, Czech Republic, Switzerland, Austria and France.

The start of marketing operations has been implemented without affecting the routine activities of refineries or reliable supply to customers. This implementation builds on the positive performance of the bitumen marketing business in 2018 where Rosneft Deutschland provided products to more than 130 asphalt mixing plants and production sites.

As part of creation of a marketing and sales capability Rosneft Deutschland implemented advanced SAP information system S/4HANA. In terms of scope and data volume, this project is the biggest in the European oil and gas industry and one of the biggest worldwide. S/4HANA is market leading business software suite for the companies resource planning.

Commenting on the direct marketing operations start, Rosneft Chief Executive Officer Igor Sechin said: “The start of own marketing activities in Germany is a milestone event for the Company. Rosneft is now a supplier of a whole range of oil products to customers in Germany and neighbouring countries. Being fully integrated in the German petroleum products market enables the company to further develop its own business”

General Director of Rosneft Deutschland, Brian Chesterman noted: “We are delighted with the start of direct marketing activities in Germany and with now being not only one the largest refiners in this market, but also a leading wholesaler of petroleum products. This also brings to conclusion the transition stage following the ROG JV dissolution, which has been implemented as planned”.

In December 2016 Rosneft and BP announced the completion of the deal to dissolve the refining and petrochemical Joint Venture Ruhr Oel GmbH (ROG) in Germany. Following the joint venture restructuring agreement, Rosneft and BP agreed on the gradual transition in the petroleum product marketing chain  to ensure the full and timely implementation of contracts with refinery customers during the transition stage. The companies agreed to target completion of this stage  by the end of 2018.

Rosneft is the third largest player in the German oil refining market. The company is shareholder in three refineries in Germany (PCK Raffinerie GmbH Refinery -54.17%, MiRO GmbH & Co. Refinery KG – 24%, BAYERNOIL Raffineriegesellschaft mbH – 25%)  with a total throughput in its shareholding of 12.5 million tons per year, which is more than 12% of all German refining throughput. The operations are being performed by its subsidiary, Rosneft Deutschland GmbH registered and conducting its activities in Germany starting January 1st 2017. This company manages both sales of the petroleum products and supply of feedstock to the refinery stakes belonging to Rosneft.

In January 2018, Rosneft Deutschland commenced marketing and sales of bitumen in Germany and neighboring countries, providing commercial volumes of pavement bitumen from the three refineries. Altogether, the company produces around 60 different types of petroleum products. From the founding of the company in 2017, an international team has been established with 150 employees focusing on refining operations, marketing and supply.