May 9 represents one of the biggest celebrations in Russia, but also the commemoration of the end of one of the darkest chapters in the history of the country. Although victorious in what Russians call the Great Patriotic War (their part of World War II), the Soviet Union lost over 27 million people. Leningrad paid a massive toll of an estimated 800,000 victims during almost 900 days of siege by the Nazi army. Seventy-four years after the end of the war, the traces of the past are still visible in the city, and memorials and museums help the younger generations and visitors to remember and reflect.

During the Siege of Leningrad, over 150,000 shells were fired into the city, destroying houses, churches, landmarks and causing thousands of casualties. Although most of the effects of the shelling have been repaired throughout the years, some signs have been purposely left in order to preserve the memory of the war. Shell fragments as well as signs of bullets can still be seen on the columns of Isaac Cathedral, on the base of the horse statue on Anichkov Bridge, and on the northern facade of the Church of the Savior on Spilled Blood.

Besides scars of the shelling, many signs warning the citizens of dangerous areas during bombardments can also still be found. Inscriptions reading “Citizens! In case of shelling this side of the street is the most dangerous” were placed in the northern and northeastern sides of the streets in Leningrad, as the shelling of the city was carried out from the south and southeast by the Nazi army. Although the original signs faded during the years, in the 1960s and 1970s some of the original inscriptions were repainted in the original places as a tribute to the heroism of the citizens of Leningrad. 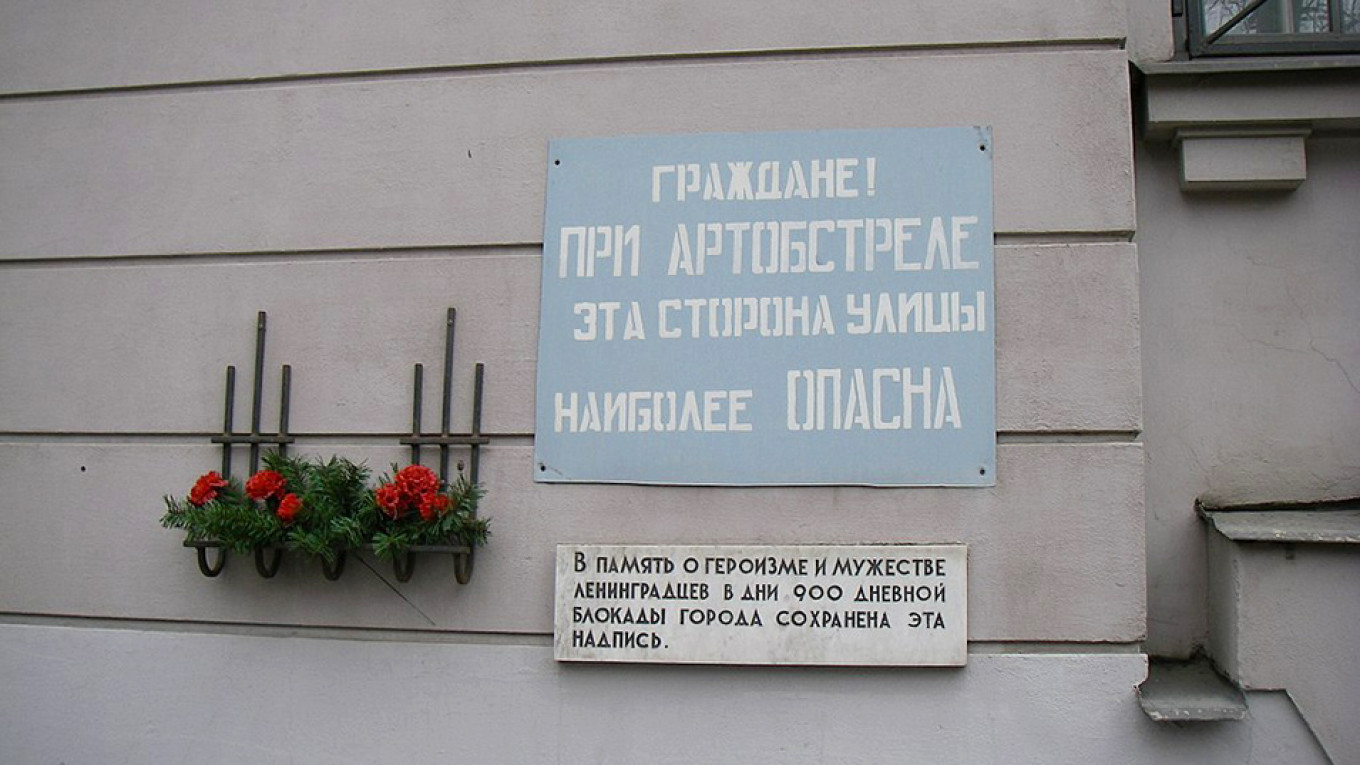 The Blockade of Leningrad, lasting from Sept. 8, 1941 to Jan. 27, 1944, is one of the longest and most destructive sieges in history and the most devastating period of the war for the city. Monuments to commemorate the event can be found in various parts of the city, but only a visit to the Siege of Leningrad Museum will truly convey the significance of the event. Founded immediately after the end of the conflict with the help of civilians, the museum was once significantly bigger than the current one, showcasing numerous Nazi tanks and aircrafts as a sign of victory. The exhibits were subsequently destroyed, and the director of the museum shot under the orders of Stalin, and it was only in 1989 that the museum opened its doors again. Although most of the original exhibits had been lost, the current collection, consisting partly of private donations, helps to reconstruct the everyday lives of Leningraders during the siege and the major events of these horrific 872 days. 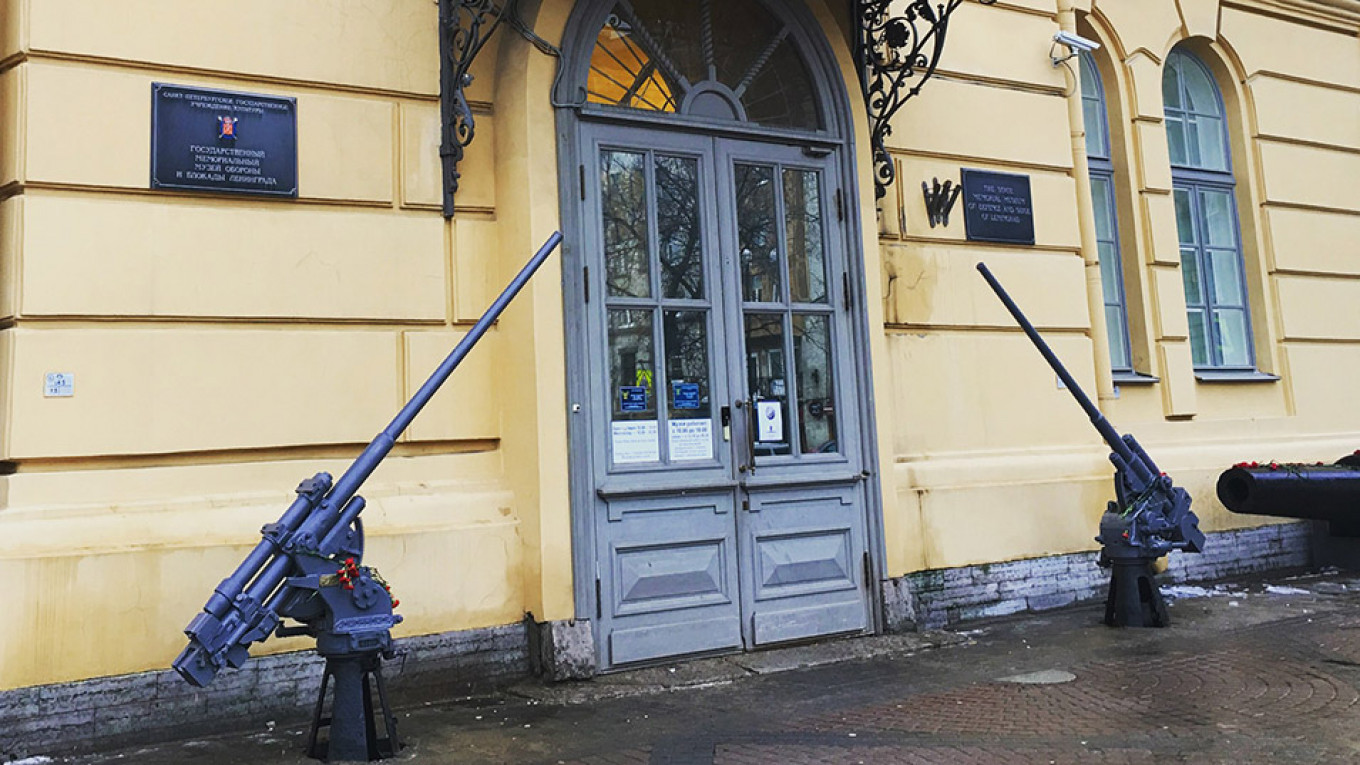 The memorial on Ploshchad Pobedy (Victory Square) is one of the most moving and symbolic monuments of the war in Russia. Located on the south side of the city facing a series of hills where the German troops were positioned during the siege, the World War II Memorial is a 48- meter granite obelisk with bronze sculptures depicting the defenders of the city. The walls over which the statues are erected are engraved with the names of the Heroes of the Soviet Union, a title that was given to soldiers who displayed particular bravery during the Battle of Leningrad. A subterranean hall exhibits 900 bronze plates depicting the major events of the siege and showcasing personal objects that were highly significative of the time, such as a loaf of bread, an oil lamp, and a Komsomol card perforated by bullets. 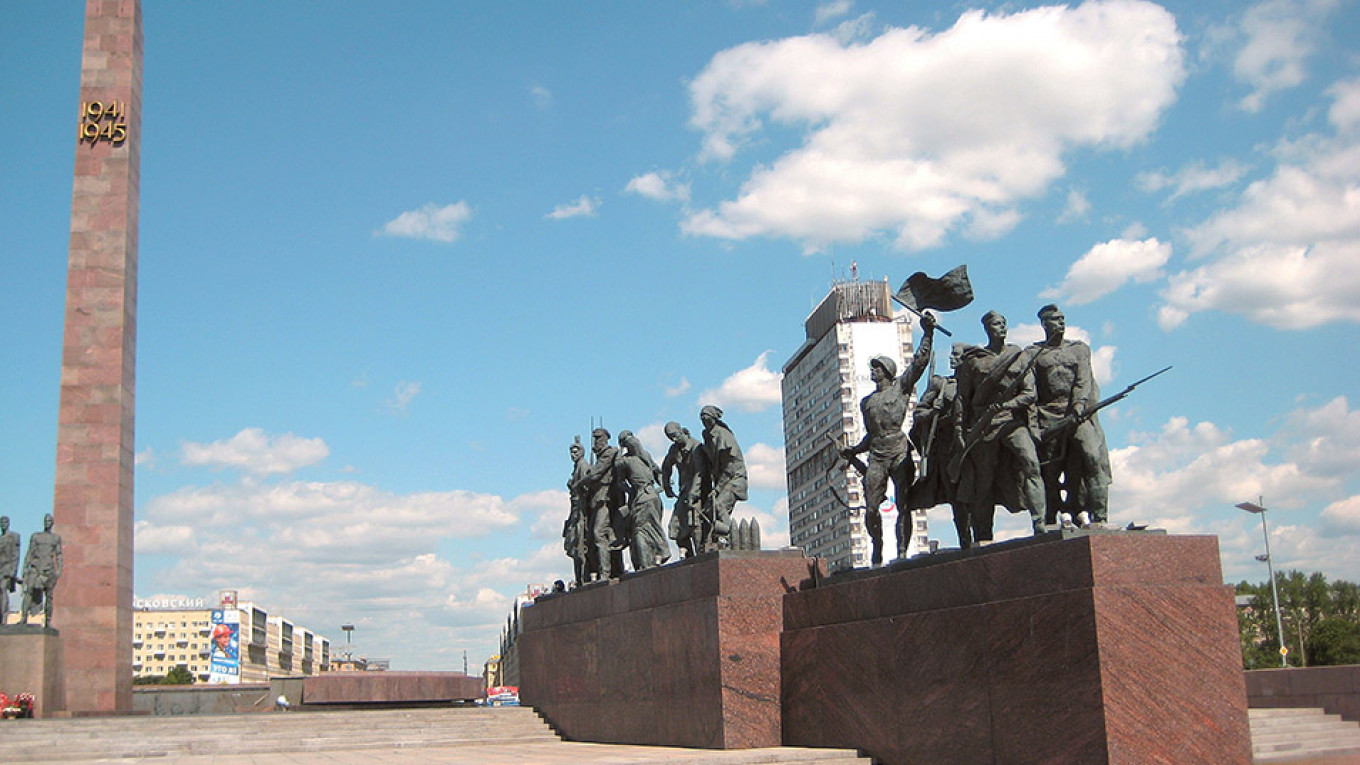 Not all memorials in the city of St. Petersburg are three-dimensional. One of the most touching memorials of the Siege of Leningrad is, in fact, better conveyed in music. Performed for the first time by a half-starved orchestra in August 1942, the “7th Symphony” of Dmitri Shostakovich, generally known as “The Leningrad Symphony,” has remained the symbol of the city. Shostakovich translated into the language of music the perseverance, courage and hope of its people, as well as the horror of the impending threat of marching troops. The St. Petersburg Philharmonia has a rich repertory of musical evenings dedicated to the war years in their two halls. 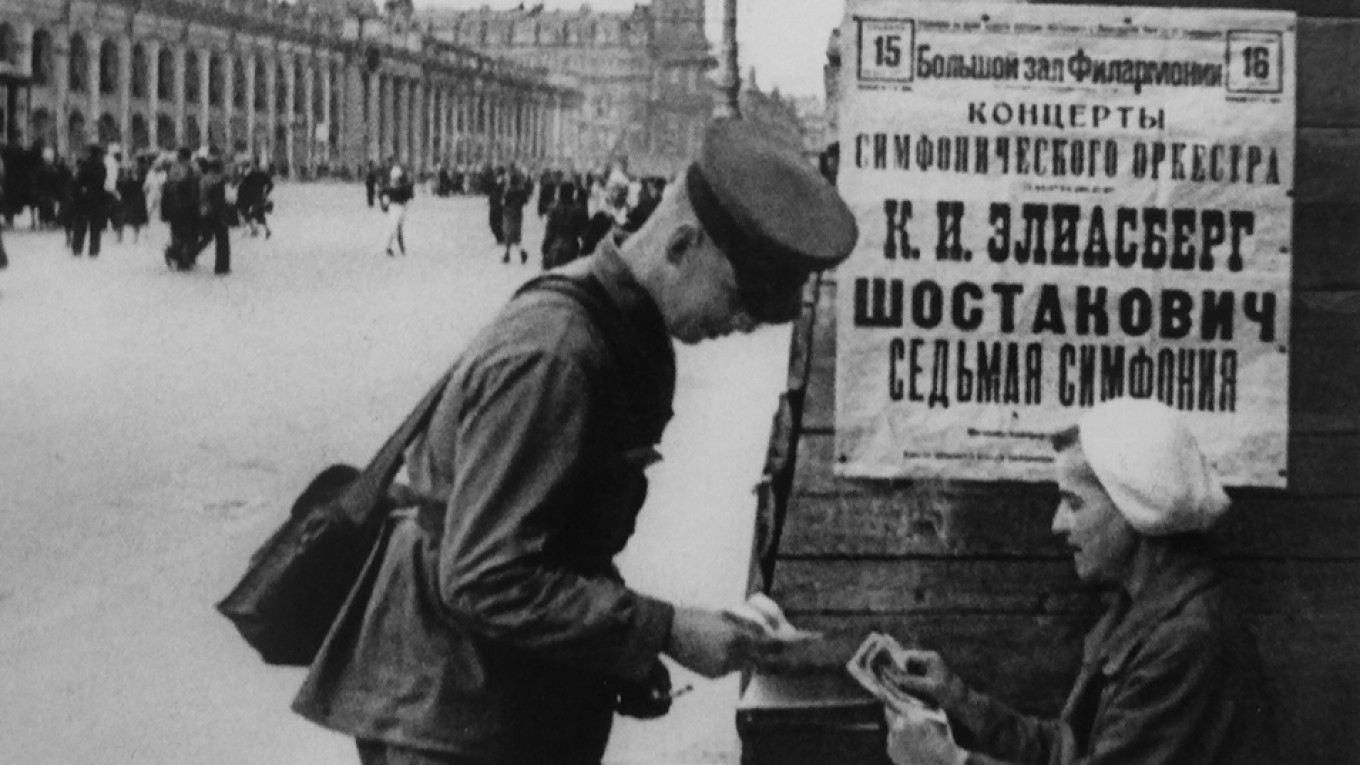