Tolstoy and Gandhi: From Non-Violence to Climate Change 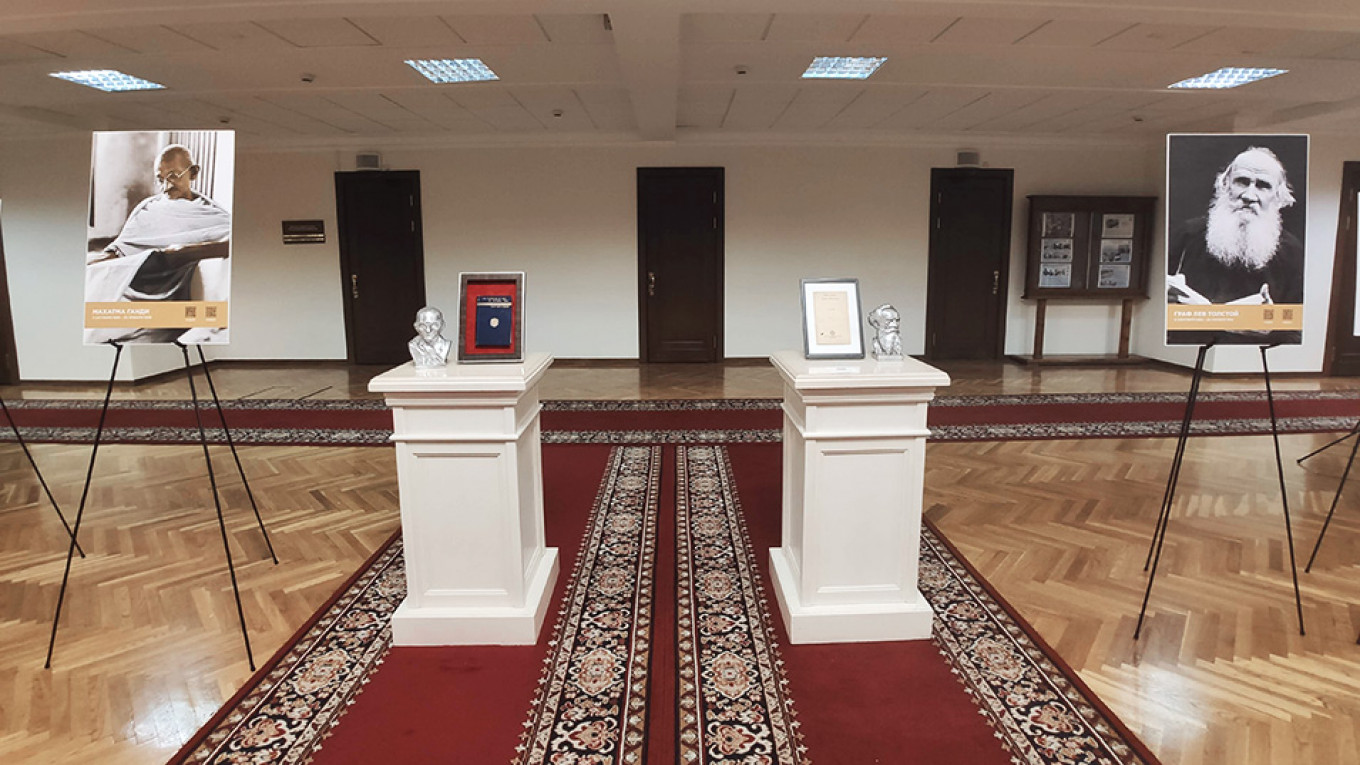 The year was 1909. Mahatma Gandhi was 40 years old and just starting out; Leo Tolstoy was 81 and one of the most famous men in the world.

In a letter written on Dec. 14, 1908 by Tolstoy in response to an Indian revolutionary, the Russian writer argued that only through the principle of love could the Indian people free themselves from colonial British rule. The letter published as “A Letter to a Hindu” so inspired the young Gandhi, then a lawyer in South Africa, that he wrote to the world-famous Russian writer seeking permission to translate the English version of the letter into Gujarati and publish it in his own newspaper. Tolstoy agreed, and a series of letters ensued until Tolstoy’s death a year later.

“I read your book with great interest,” Tolstoy later wrote of Gandhi’s “Hind Swaraj” (“Indian Home Rule”) “because I think that the question you treat in it – passive resistance – is a question of the greatest importance not only for India but for the whole of humanity.”

To celebrate the 150th anniversary of Gandhi’s birth, Indian students and expats gathered together with Russian scholars, politicians and ministers in Tolstoy’s Yasnaya Polyana estate and in the State Duma to mark the relationship of two men equally revered in and representative of their respective countries.

The bilingual exhibition at the Tolstoy Museum Estate in the writer’s former residence in Yasnaya Polyana, curated by Gandhian scholar Dr. Birad Yajnik, featured original and early copies of the books that had inspired each writer – Tolstoy’s “The Kingdom of God is Within You” and Gandhi’s “Hind Swaraj” – and the letters they had written to each other. Visitors attended tours of Tolstoy’s estate, panel discussions on the teachings of Tolstoy and Gandhi as well as presentations of academic papers and documentaries on the two men.

The common themes of how love and non-violence can transcend political and cultural barriers connected the two more than a century ago and are becoming even more relevant today as climate change and dependence on natural resources dominate headlines.

Speaking at the event in Yasnaya Polyana, India’s Minister of Environment, Forest and Climate Change Prakash Javadekar pointed to an ongoing nationwide movement to end single-use plastics by 2022 as an example.

“There are thousands of events [in India and Russia] that commemorate Gandhi’s and Tolstoy’s ideas and put them into practice,” Jayadekar told The Moscow Times.

At the second event held at State Duma and attended by members of several political parties, comparisons went beyond activism and into diplomacy. “Gandhi and his family built the foundation of Soviet-Russian relations,” Nikolai Kolomeitsev, a deputy from the Communist Party, told The Moscow Times. “Of the many who come to State Duma every day, hopefully some will see and read about the exhibition, and learn something from it.”

For others, it was a wry reminder — especially among deputies, some of whom are renowned for their wealth and lavish lifestyles — to return to basics and eschew worldly possessions. “This is the only day when we can talk about spiritual values overcoming material values, and in this building in particular,” said former Minister of Culture Mikhail Shvydkoi.

For India’s consulate in Russia, the week’s events were representative of India-Russia relations, which Indian Ambassador to Russia D. B. Venkatesh Varma says are unique in their closeness and solidarity.

“Over the years we have worked together,” he said, “and this event is another example of how India and Russia continue to work together in extraordinary ways.”

The exhibition will be on display on the Indian Embassy premises throughout October.

The Fall and Rise of Crimean Tatar Arts
August 5, 2022

Lucy Ward Investigates ‘The Empress and the English Doctor’
July 31, 2022