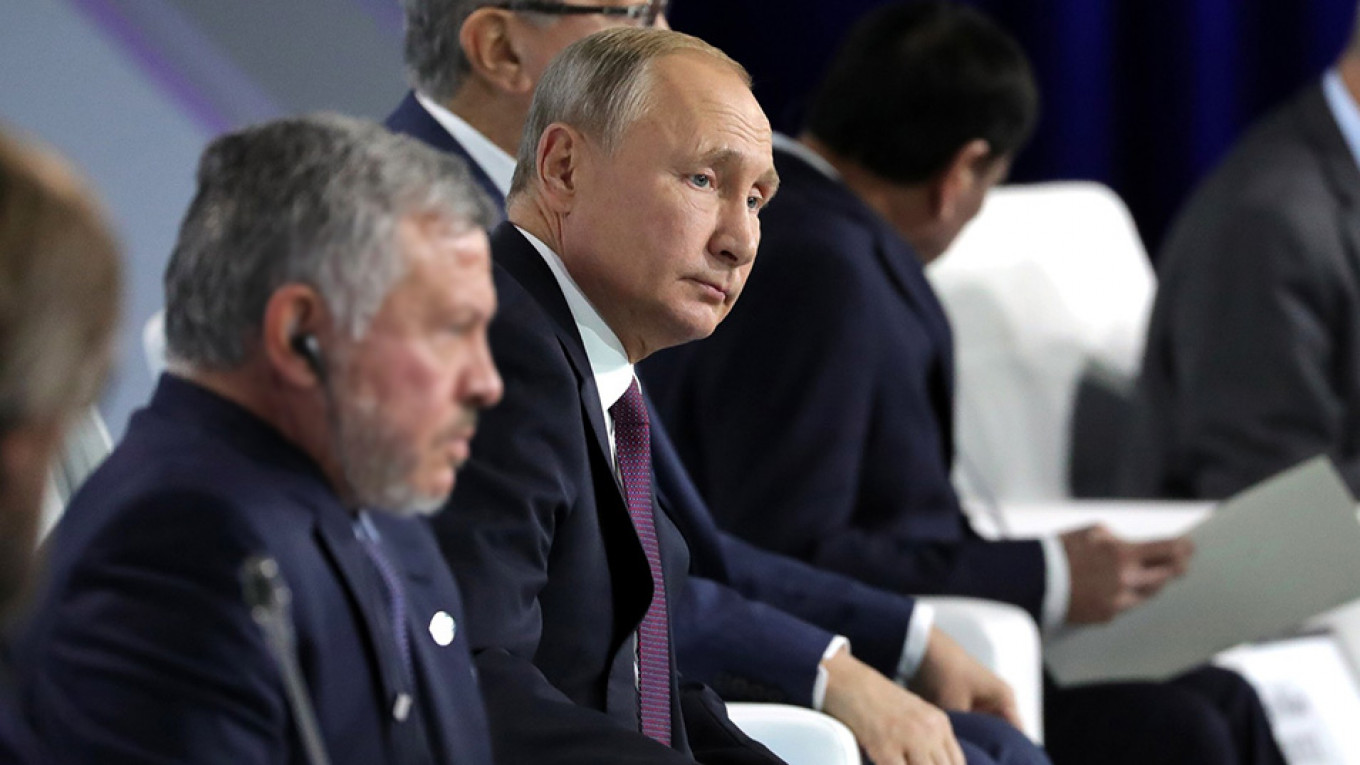 Blaming Stalin for starting World War II is “the height of cynicism,” Russian President Vladimir Putin has said amid renewed discussion over the Soviet Union’s role in the conflict.

“To say that Stalin unleashed the war is the height of cynicism,” Putin said at an international conference in southern Russia on Thursday.

Russia and former satellites disagree over Stalin’s role in 1939, when he clinched the Molotov-Ribbentrop non-aggression pact with Nazi Germany that paved the way for the invasion of Poland and the war. The commemoration of Soviet victory over Nazi Germany is one of the most celebrated holidays in Russia.

Tensions came to a head last month when Russia’s Foreign Ministry defended the Molotov-Ribbentrop Pact, tweeting that “hundreds of thousands of lives were saved” because of it.

Highlighting the Soviet Union’s role in defeating the Nazis, Putin warned that “efforts to mix it all up, conceal and distort this carries the threat that people will no longer fear that these tragedies could recur.”

Putin defended the Molotov-Ribbentrop Pact after Russia annexed Crimea in 2014, calling it Moscow’s response to being isolated and having its peace efforts snubbed by Western nations. While serving as prime minister in 2009, however, he denounced it as “collusion to solve one’s problems at others’ expense.”

A secret protocol to the 1939 non-aggression treaty between Nazi Germany and the Soviet Union divided the territories of Poland, Romania, the Baltic nations and Finland into “spheres of influence,” paving way for the German invasion of Poland.