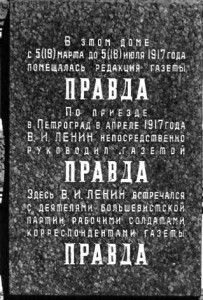 A. S. Pushkin Memorial Museum: Naberezhnaya Moiki, 12 (12, Moika Embankment). Directions: Art. Metro station “Nevsky Prospect” and “Seating court,” any form of transport on the Nevsky Prospect Street to B Stables. or the Palace Square.View of the Palace Square from under the Arch of the General Headquarters.