114 Years After Her Birth, Ayn Rand’s Supporters Think Russia Is Ready for Her Ideas Young Russians are increasingly turning to the American writer in their search for a political alternative. 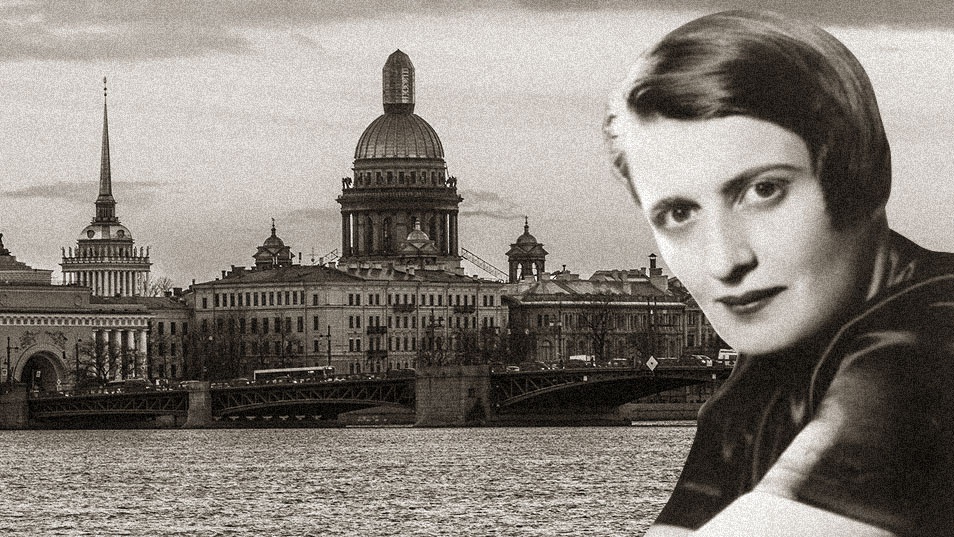 Ayn Rand was born in St. Petersburg on Feb 2, 1905 and received her education in the city.

In a glitzy hotel lobby in central St. Petersburg on Saturday, a band of young anarchists clad in black gathers around a middle-aged economics professor clutching a briefcase.

They make small talk — about the icy cold weather outside and their exams. But the real reason they’re here is Ayn Rand, the renowned and reviled advocate of unbridled capitalism and the free market. Or, as she is referred to here: “the Goddess of the Market” and “a real-live hero.”

Soon after, they cram into a nearby conference hall, where they will remain for some eight hours of uninterrupted discussion on Rand’s teachings and how they apply to present-day Russia in honor of her 114th birthday.

A star in America, forgotten in Russia

Despite the hype around the conference, Rand, who was born in St. Petersburg on Feb. 2, 1905, largely remains an obscure figure in her hometown.

There is no museum dedicated to her life in the city, no street named in her honor and no plaque proudly stating where she lived or studied. 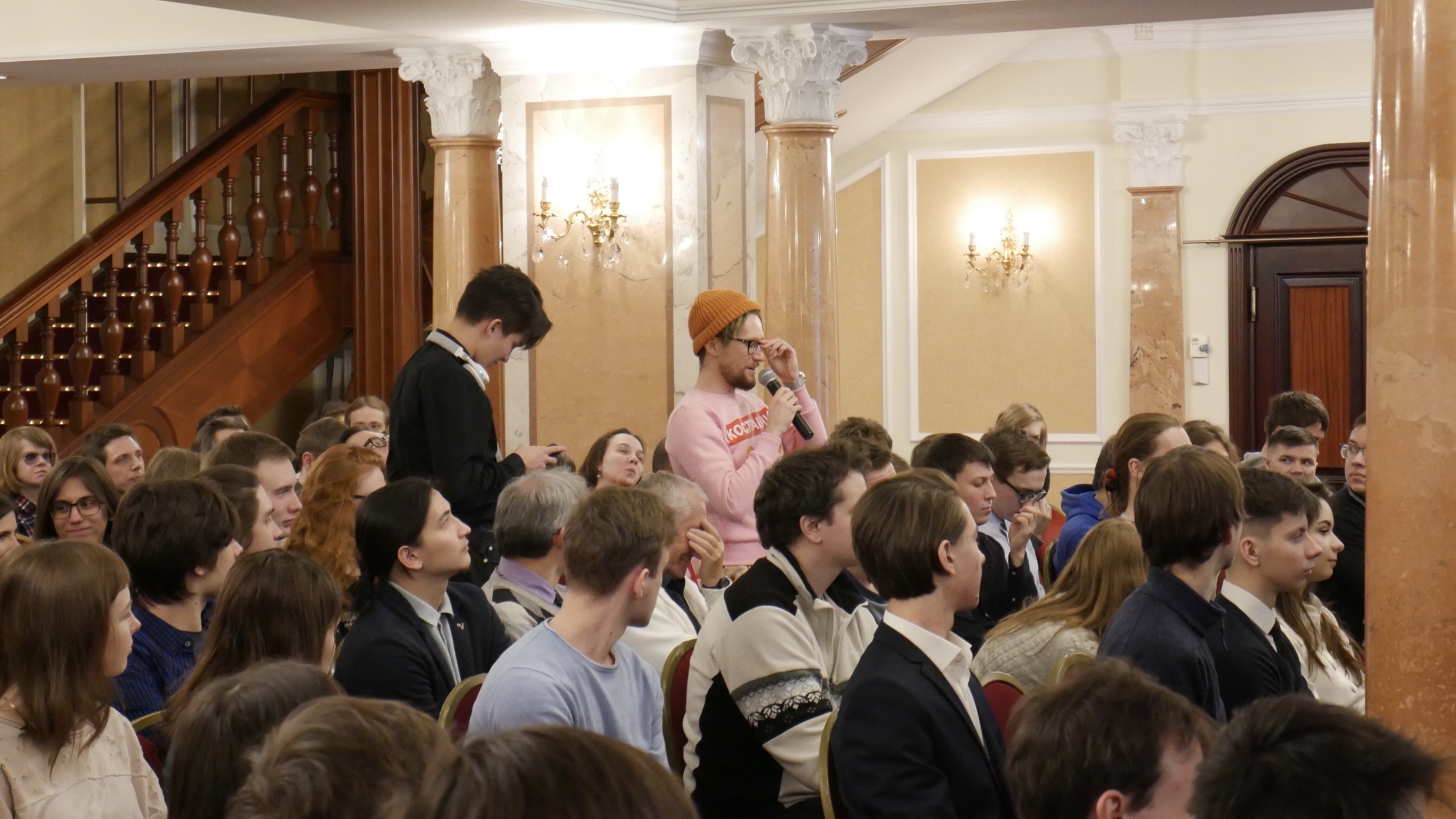 While she is a household name in the United States, where she emigrated as a young adult and rose to become a best-selling author and conservative icon, most people in Russia admit they have never heard of her or read her work.

Her philosophy — which preaches radical self-reliance and individualism —  ensured that her works didn’t make it onto local bookshelves until well after the fall of the Soviet Union.

“I can’t think of a more dedicated anti-communist than Ayn Rand,” says Yaron Brook, the chairman of the U.S.-based Ayn Rand Institute, who is on a whirlwind global tour to promote the author.

“She dedicated her life to that. And she wrote the most powerful anti-communist books.”

By the time her books were translated into Russian in the late 1990s, much of the nation had become disillusioned with the painful transition to capitalism. Rand’s holy grail — the free market — was seen as the primary cause of the decade’s inequality, hyperinflation and financial collapse.

Anastasia Grigorovskaya, a literature professor at the Tyumen State University, says Rand continues to be sidelined in her native country as a result.

“There are many stereotypes in Russia about her, like that her ideas are social Darwinist or fascist,” she says.

“Russia does not remember Ayn Rand. We need to bring her back.”

Now, after 20 years of rule under President Vladimir Putin, that moment might have arrived, as many young Russians turn to ideas like libertarianism and authors like Rand in their search for political alternatives.

Andrei Shalnev, the organizer of Saturday’s event, says that the writer’s popularity, especially among the youth, has exploded in the years since the first Ayn Rand birthday conference was held in St. Petersburg in 2014. In fact, the 30-year-old organizer, who wears a trim beard and spectacles, is among the oldest figures in the conference hall. 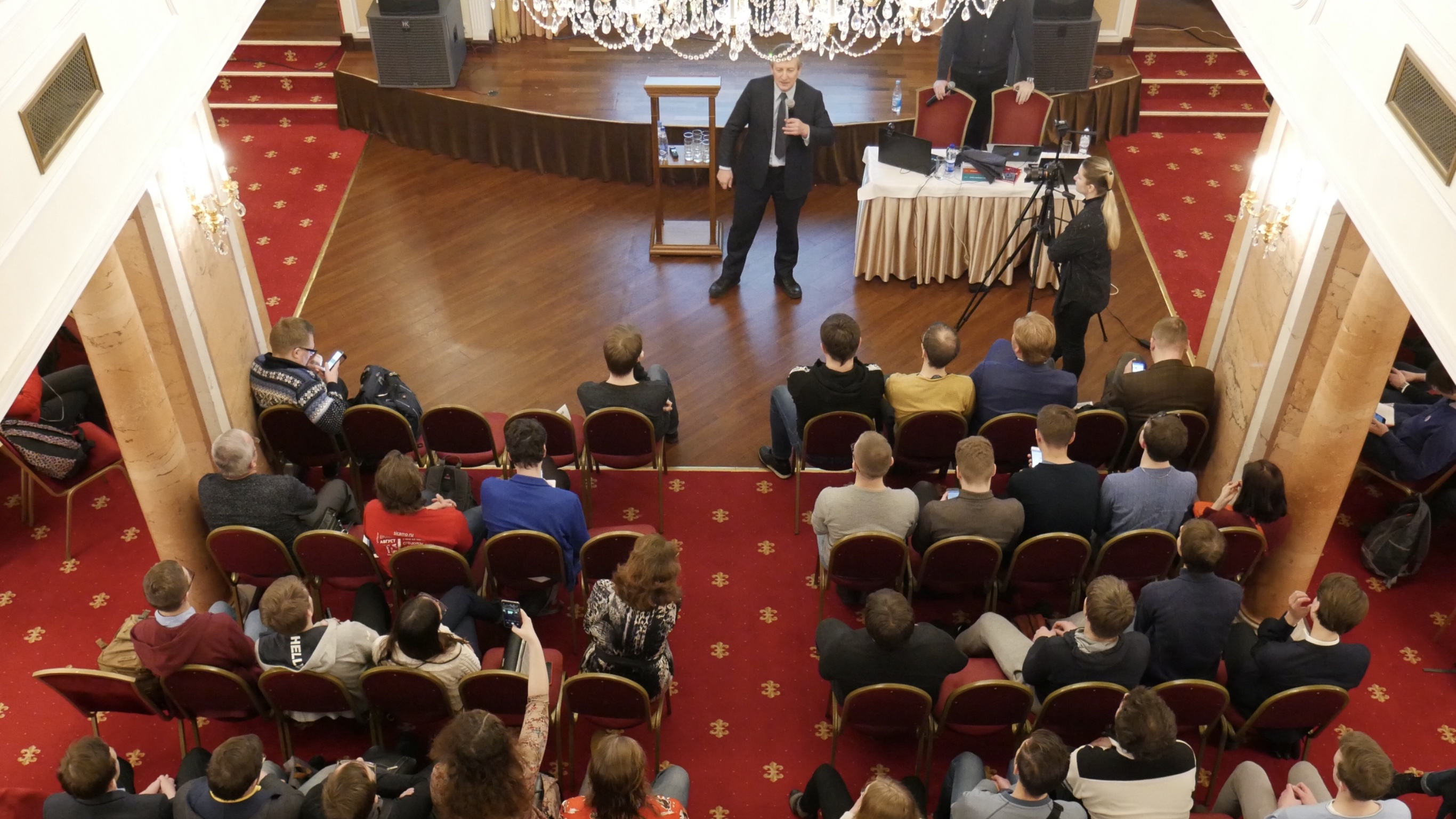 “Ayn Rand is a real-live hero,” Yaroslav Romanchuk, a lecturer from Minsk, tells the audience.

“More and more young people are becoming interested in the ideas of freedom,” he says.

At the first events, around 50 to 70 people would show up, Shalnev says, and it was mostly an inside affair. This year, he boasts, more than 600 people registered as attendees at the door.

“If there is any future for Russia, then it will only be possible thanks to the ideas of Ayn Rand,” he adds.

According to Shalnev, who is an elected deputy for the Libertarian Party of Russia in the Moscow region, many young people are discovering Ayn Rand’s works after becoming interested in politics, and, specifically, libertarianism.

“Libertarianism is one of the most popular opposition movements among young people today. It has grown from the ground up, from zero to where it is today,” he says.

Pro-Telegram Libertarians to March in Moscow

Shalnev’s optimism may be exaggerated, however, as the party has a total membership of around 1,000 and only two members elected to office nationwide.

United by the free market

The conference has brought together young people of all stripes to the right of the political center, including anarcho-capitalists, gun enthusiasts and followers of opposition leader Alexei Navalny.

They are united by two things: their support for the free market and an aversion to big government.

Georgy, a 20-year-old sporting an iconic red “Make America Great Again” baseball cap, describes himself as a right-wing conservative and expresses concern about what he calls the spread of leftist ideas in the West.

“If there was a Russian Trump then I would vote for him, but he doesn’t exist,” he adds with a shrug. 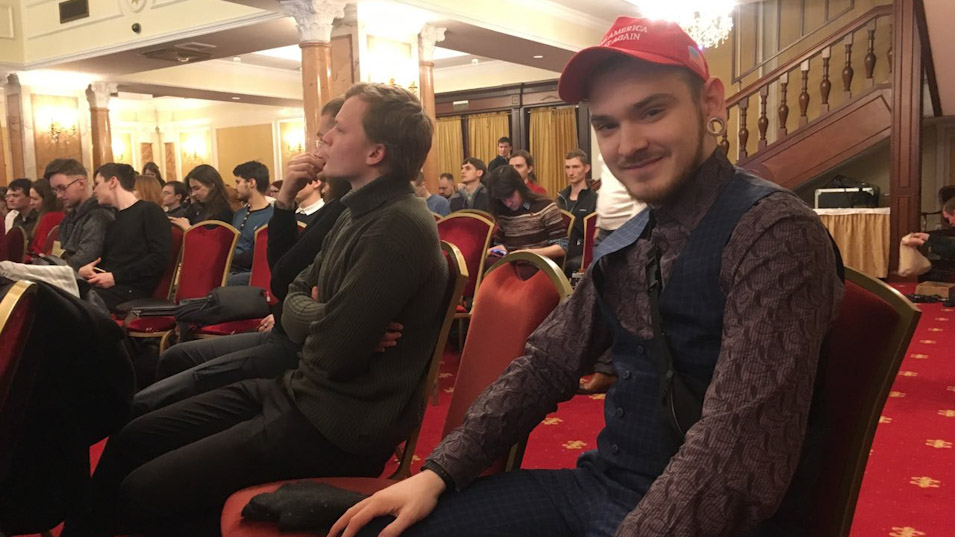 Georgy, 20, says he likes Donald Trump because he’s a businessman who is not from the governmental elite.

Meanwhile, Kirill, a 22-year-old economics student, says he’s never read Rand’s works. “I heard she was fanatical in her ideas, which I don’t find attractive,” he tells The Moscow Times. But, he adds, he became interested in Rand’s impact on economic theory after recently discovering libertarianism.

At the start of the conference, only about a third of attendees raise their hands when asked if they have read any of Rand’s books.

One possible explanation, says Grigorovskaya, is a cultural shift away from reading, coupled with the length of the author’s novels.

“Do you know how thick the book is? It’s 1,200 pages. I’ve only started just recently,” a volunteer retorts when asked if he has read “Atlas Shrugged,” Rand’s magnum opus.

Yaron Brook from the Ayn Rand Institute says he is happy with the reception the author is now receiving in her hometown, even if much of Rand’s newfound audience hasn’t read her books.

After giving an impassioned speech about the virtues of individualism, rationality and liberty, Brook steps out into the lobby.

“It’s very exciting to see so many young people here,” he says. “We’re in a crisis in the world right now and people everywhere are looking for better ideas.”

“Our country, which suffered through 70 long years of communism, knows that there is no alternative model of development than capitalism,” he says.

“Unfortunately, we are currently moving in the opposite direction, but it is inevitable that we will return to the right path.

“The young people you see here are proof of that. The future is theirs,” he adds.

Nevertheless, with state control over the economy and society only increasing, even Rand’s supporters are gearing up for a long wait.

Asked what Rand would have thought of today’s Russia, Brook says: “She’d be disappointed. But she’d say ‘Yeah, I expected it.’”