3 Quotes From Putin’s Trip to Hungary 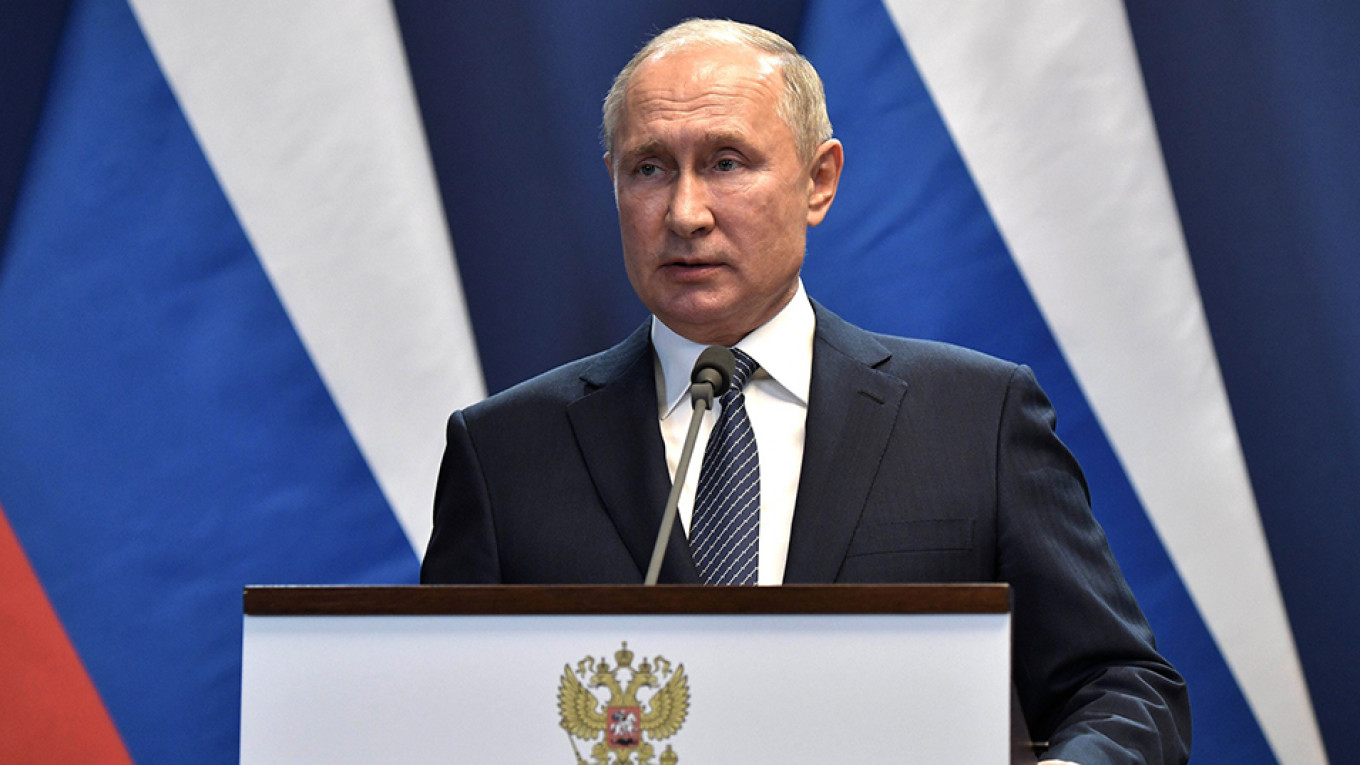 Russian President Vladimir Putin paid a one-day visit to Hungary, where he mourned the plight of Christians in the Middle East and analyzed his Ukrainian counterpart’s ideologies.

The Moscow Times picked out three remarks Putin made alongside his right-wing conservative counterpart Viktor Orban and other officials Wednesday:

“Although the Middle East is the cradle of Christianity, the plight of Christians in the region is very difficult, with murder, violence and plunder.”

On Ukrainian President Volodymyr Zelenskiy’s attempt to push through a troop withdrawal in the east to pave the way for long-delayed peace talks:

“Mr. Zelenskiy surely doesn’t look like a Ukrainian nationalist, but it’s hard for me to say now if he can handle them.”

“The question is if he goes through with what he has said in public and what he himself considers appropriate to achieve. In this case, that’s not such a complicated question — separating opposing sides on the line of contact in two settlements.”

On his favorite sport, judo:

[To international federation head Marius Vizer]: “I would like to note the many positive changes that have occurred in judo since 2008 when you became the IJF President.”

“This has led to a change in the rules and made judo a more dynamic sport, more entertaining to watch.”