Dozens of people opposing plans to build a church in a central park in Russia’s fourth-largest city of Yekaterinburg have been detained and five hospitalized on the second day of clashes with supporters.

Violence erupted at the construction site after around 2,000 protesters toppled fencing that appeared around the beachfront park on Monday. The park was approved as the church-building site ahead of Yekaterinburg’s 300th anniversary in 2023 after opposition had forced two location changes since 2010.

At least 29 protesters have been detained on the second day of clashes, the police-monitoring OVD-Info website reported late on Tuesday.

Tensions came to a head on the first day Monday when protesters faced off with men guarding the site who were led by an MMA fighter who heads a boxing academy linked to the project’s investor, Agence France Presse reported. 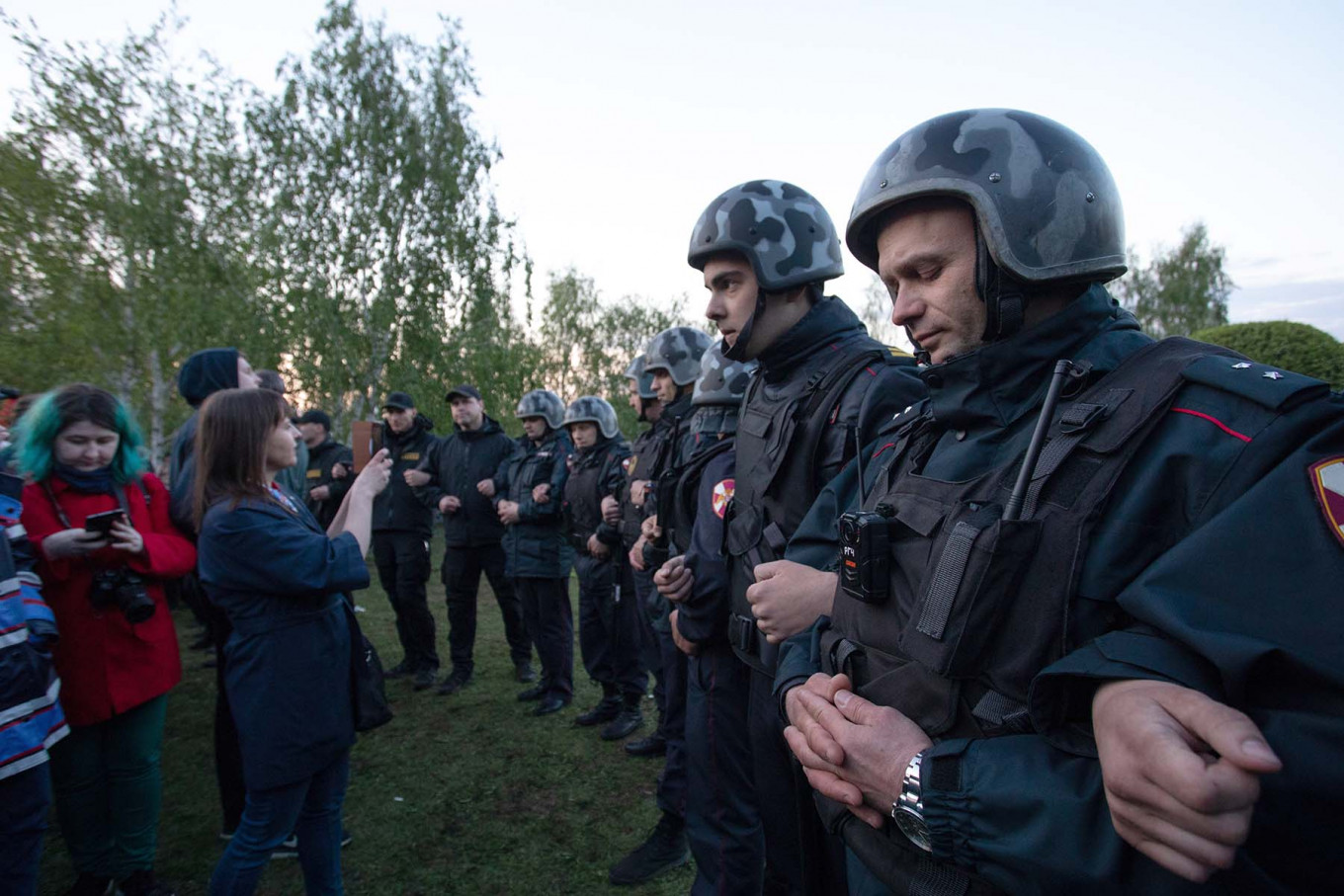 The investor, billionaire metals tycoon and Forbes Russia’s 25th-richest businessman Igor Altushkin, has echoed the Yekaterinburg diocese in saying that the cathedral construction was legal.

Authorities, who say there are no grounds to suspend construction of the church, offered the opponents to choose an alternate location for a new park.

In the meantime, construction has been reported to have continued despite residents’ vocal opposition.

Public polling suggests supporters of the new church — a replica of the St. Catherine cathedral demolished by the Soviet Union in 1930 — outweigh its opponents by a 20-percent margin.