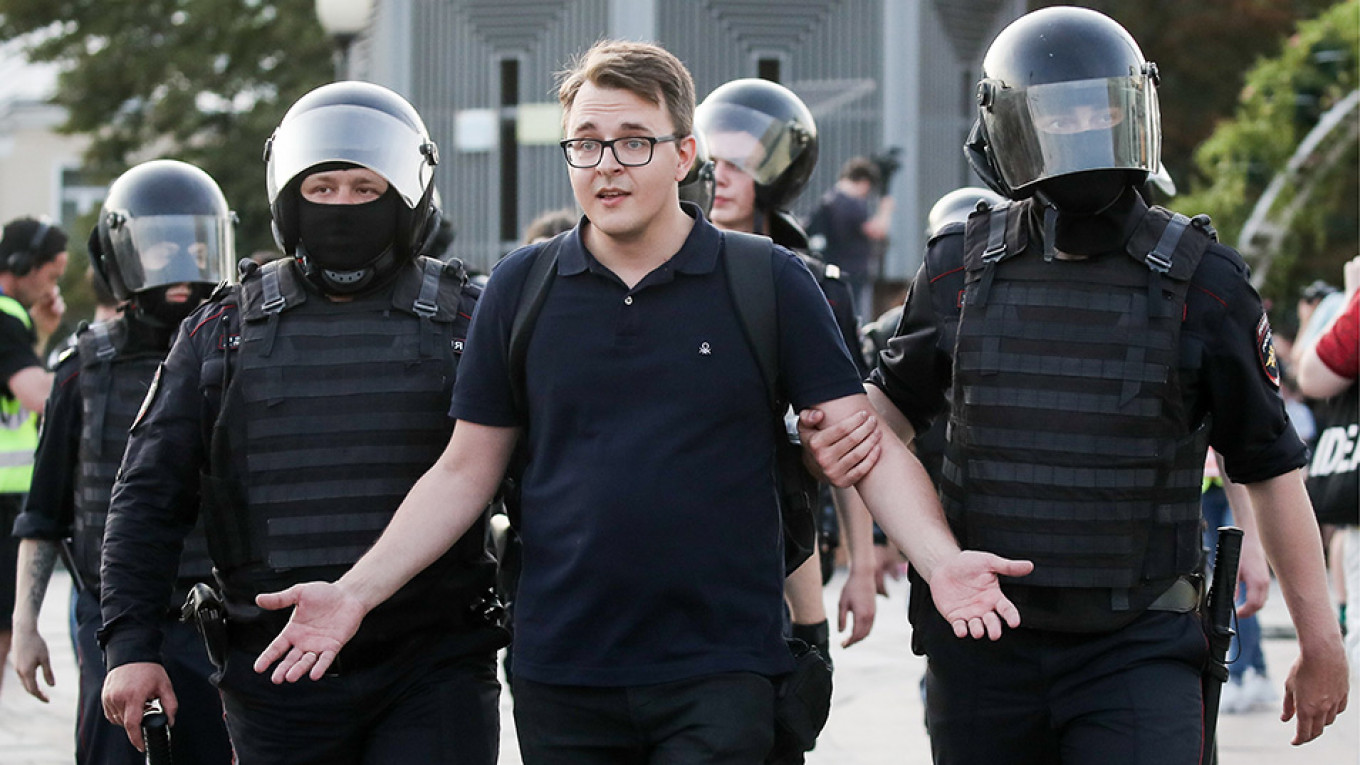 Five people have been detained so far, the Investigative Committee said. Those detained include activists Alexei Minyailo, Kirill Zhukov and Ivan Podkopaev.