51 Years Ago, a Russian Folk Song Re-Emerged at the Top of the British Charts 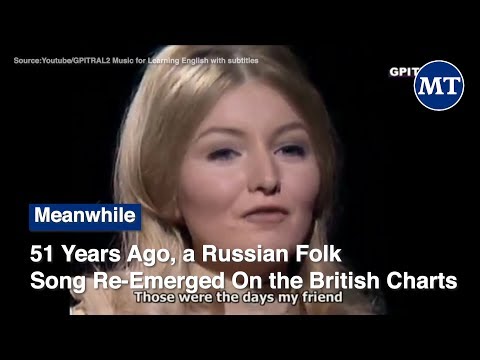 This week in 1968, “Those Were the Days” by folk singer Mary Hopkin started its six-week run at the top of the British charts.

The song was originally a Russian song called “Dorogoi Dlinnoyu,” meaning “By the Long Road,” written in 1925 by Konstantin Podrevsky and Boris Fomin.

Western pop songs influenced the musical tastes of young people in the Soviet Union despite Western music being banned there. The success of “Those Were the Days” proved to be a rare exception where British music was directly influenced by Russian folk.

The Fall and Rise of Crimean Tatar Arts
August 5, 2022

Lucy Ward Investigates ‘The Empress and the English Doctor’
July 31, 2022