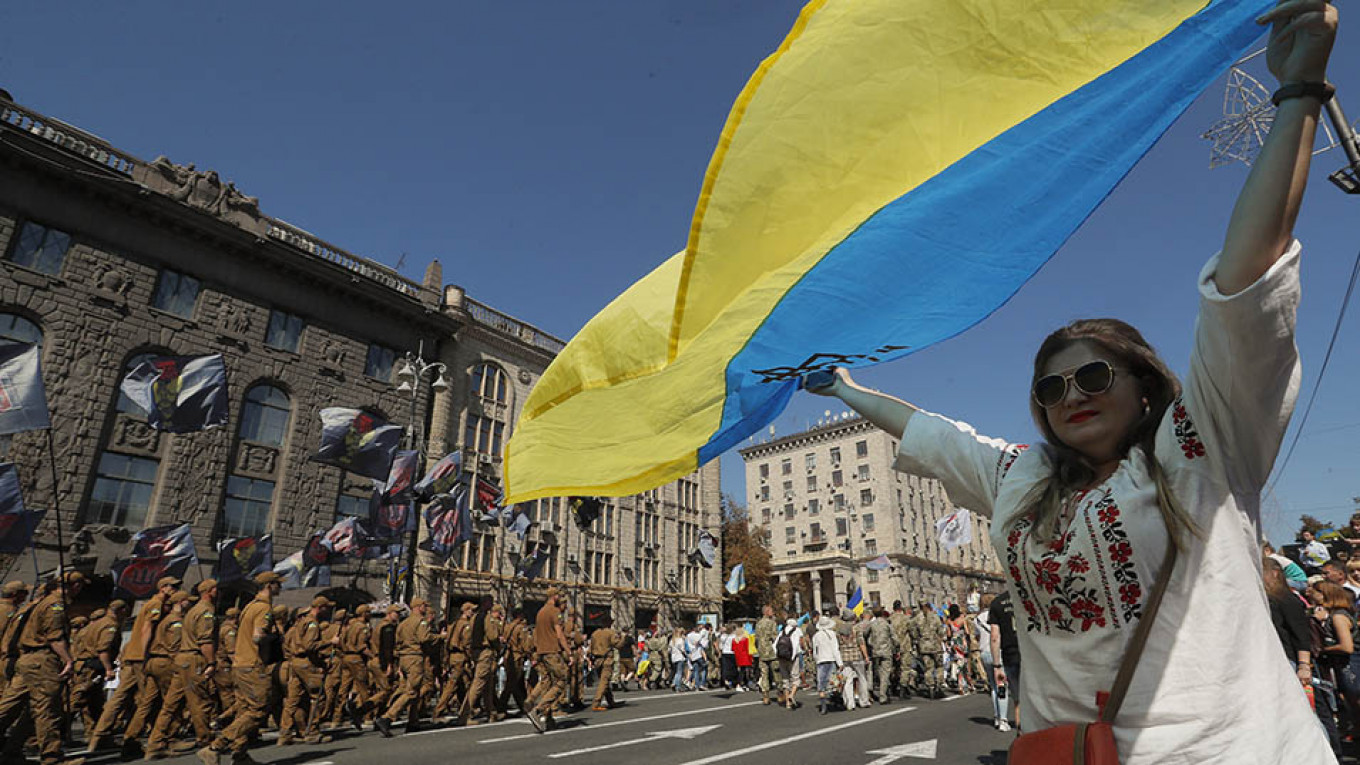 Ukraine has agreed to sign a peace plan with pro-Russian separatists in eastern Ukraine that it had previously rejected, marking the first major breakthrough since a lapsed 2015 peace accord and a step toward an international peace summit.

Negotiators meeting in Minsk, Belarus on Tuesday agreed on a schedule to allow elections in eastern Ukraine’s breakaway regions after a law is passed to grant them special self-governing status — a plan known as the Steinmeier Formula.

Ukrainian President Volodymyr Zelenskiy said the elections should take place only after the withdrawal of Russian-backed fighters and after Ukraine has regained control over its border with Russia.

The move marks a major step in the peace process for eastern Ukraine, which has been devastated by a five-year conflict that has killed more than 13,000. Its signing has been met with backlash and protests in Ukraine, with critics calling the agreement a capitulation to Moscow.

Here’s a look at how Russia has reacted to the news:

The Kremlin said Wednesday that it approves of Kiev’s move. “I hope that the [peace] process will continue to develop in line with the implementation of the Minsk agreements,” Kremlin spokesman Dmitry Peskov said.

Peskov added that he expected a date to be set soon for Normandy format talks on Ukraine between France, Germany, Ukraine and Russia, the state-run TASS news agency reported.

“The Steinmeier Formula signed today by all parties is, without a doubt, a victory for common sense and an overall success. But most of all, it’s a victory for those who are waiting for the resolution of the conflict: the residents of southeast Ukraine for whom this formula was developed and for whom it will work sooner or later.”

“Trying to divide this success into ‘ours’ and ‘theirs’ is equal to provoking a breakdown in the peace process. The nationalists in Kiev have already gone ahead with this. No need to help them.”

“We positively view the coordination by the [negotiators] in Minsk today. … We hope this will create an appropriate atmosphere for the further implementation of the Minsk agreements.”

“Having signed the Steinmeier Formula, Zelenskiy is now trying to disavow it, acting in the spirit of [former Ukrainian President] Poroshenko. He wants to pass a ‘new law on special status.’ But neither Donbass nor Russia will recognize him. Any changes should be agreed in the Contact Group and in the Normandy format.”