‘A Ward Boss With Nukes’: Obama Unloads on Putin in New Memoir 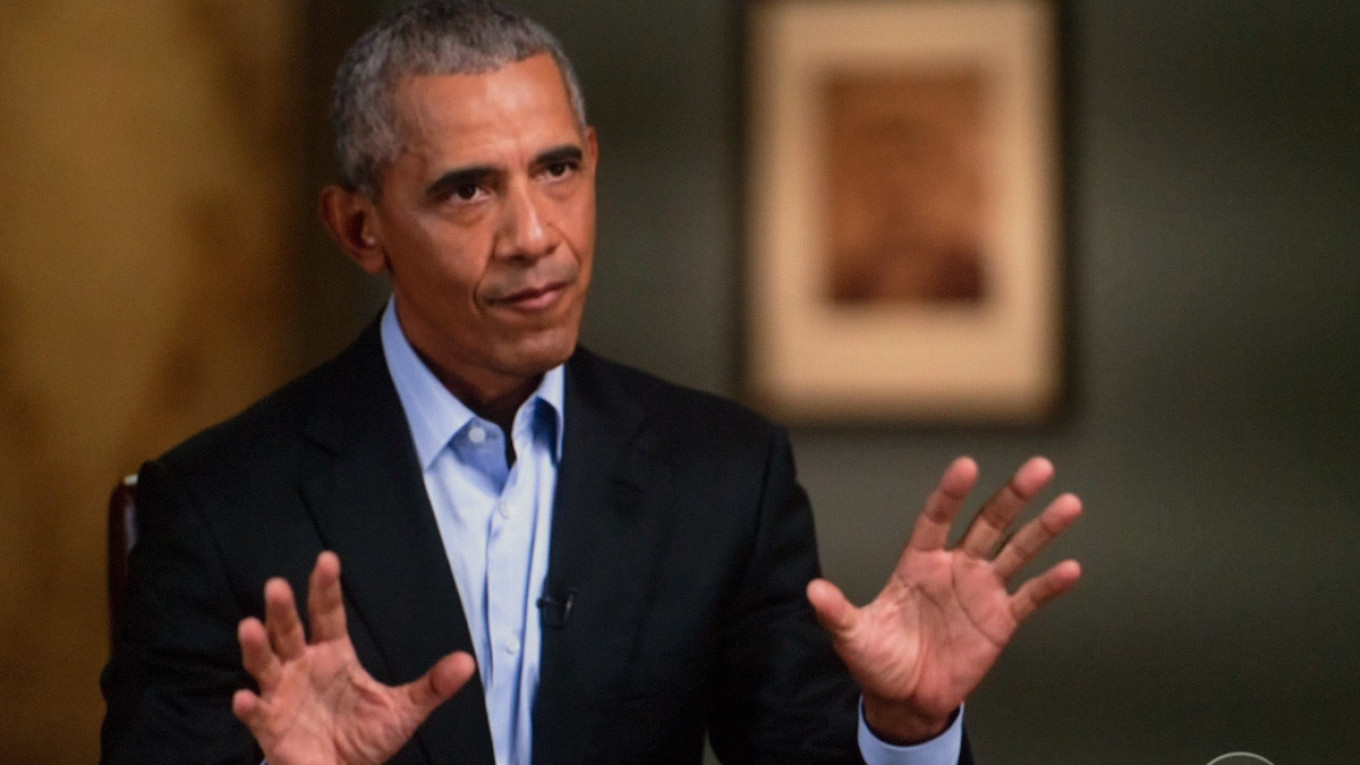 Obama and Putin were often at odds during the U.S. president’s eight years in office despite his attempts at a “reset” in relations with Russia. Tensions came to a head in 2014, when Russia annexed Crimea from Ukraine, as well as in 2016, when the U.S. accused Moscow of interfering in its presidential election.

Here are the highlights from Obama’s thoughts on Putin and Russia from within the 701 pages of “A Promised Land”:

— “Despite having a nuclear arsenal second only to our own, Russia lacked the vast network of alliances and bases that allowed the United States to project its military power across the globe.”

— “Moscow’s high-end shopping districts testified to the country’s transformation from a creaky state-run economy to one with a growing number of billionaires, but the pinched lives of ordinary Russians spoke to how little of this new wealth trickled down.”

— “Few, if any, young Africans, Asians, or Latin Americans looked to Russia for inspiration in the fight to reform their societies, or felt their imaginations stirred by Russian movies or music, or dreamed of studying there, much less immigrating. […] Putin’s Russia came off as insular and suspicious of outsiders—to be feared, perhaps, but not emulated.”

— “It was this gap between the truth of modern-day Russia and Putin’s insistence on its superpower status, I thought, that helped account for the country’s increasingly combative foreign relations. Much of the ire was directed at us.”

— “In public remarks, Putin became sharply critical of American policy. When U.S.-backed initiatives came before the UN Security Council, he made sure Russia blocked them or watered them down — particularly anything touching on human rights.”

— “For us, [the 2008 Russian-Georgian war] was a sign of Putin’s escalating boldness and general belligerence, a troubling unwillingness to respect another nation’s sovereignty and a broader flouting of international law.”

— “As for our proposed ‘reset,’ the goal wasn’t to eliminate all differences between our two countries, I explained; it was to get past Cold War habits and establish a realistic, mature relationship that could manage those differences and build on shared interests.”

— “Putin’s decision not just to step down [in 2008] but to promote a younger man with a reputation for relatively liberal, pro-Western views suggested he at least cared about appearances.”

— “Medvedev, meanwhile, appeared to be a poster child for the new Russia: young, trim, and clothed in hip, European-tailored suits. Except that he wasn’t the real power in Russia.”

— “With the fastidiousness of a teenager on Instagram, he curated a constant stream of photo ops, projecting an almost satirical image of masculine vigor (Putin riding a horse with his shirt off, Putin playing hockey), all the while practicing a casual chauvinism and homophobia, and insisting that Russian values were being infected by foreign elements. Everything Putin did fed the narrative that under his firm, paternal guidance, Russia had regained its mojo.”

— “I found him strangely familiar, ‘like a ward boss, except with nukes and a UN Security Council veto.’ […] Putin did, in fact, remind me of the sorts of […] tough, street smart, unsentimental characters who knew what they knew, who never moved outside their narrow experiences, and who viewed patronage, bribery, shakedowns, fraud, and occasional violence as legitimate tools of the trade.”

— “For them, as for Putin, life was a zero-sum game; you might do business with those outside your tribe, but in the end, you couldn’t trust them. You looked out for yourself first and then for your own. In such a world, a lack of scruples, a contempt for any high-minded aspirations beyond accumulating power, were not flaws. They were an advantage.”