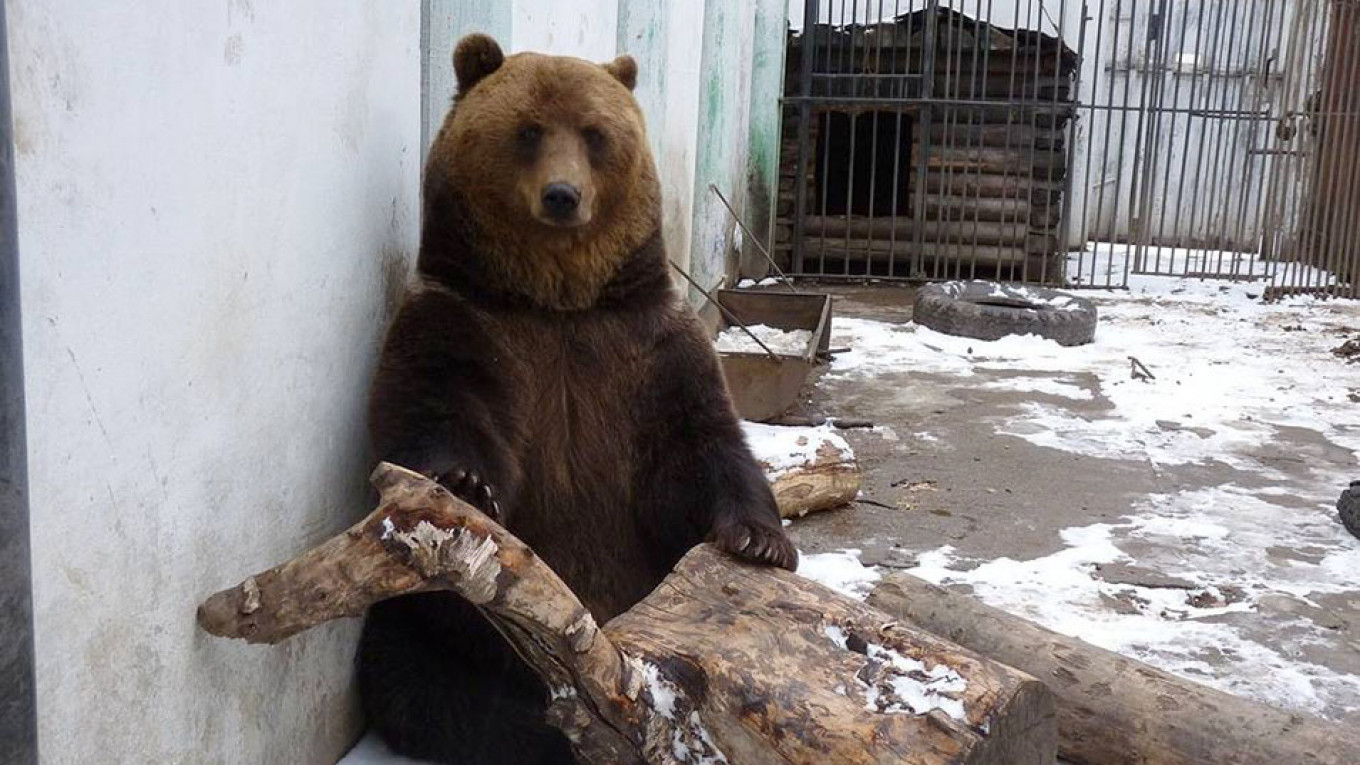 An unusually warm winter has kept some bears in a Siberian zoo from hibernating and forced others out of hibernation, the state-run TASS news agency reported Tuesday.

Several Siberian regions saw temperatures up to 14 degrees Celsius higher than usual in the early days of December, forecasters have said.

“It’s a very warm December this year, and the brown bears Masha and Foma woke up and went outside this weekend,” Bolotova said. “They were well fed, they saw that it wasn’t spring yet and climbed back into their dens.”

“The Himalayans Kuzya and Dasha haven’t even gone to sleep,” she added.

The bears can’t enter hibernation until temperatures fall below 10 degrees Celsius, Bolotova was quoted as saying.

Zookeepers in the city of Novosibirsk further east also told TASS that their bears were struggling to go into hibernation because of the warm weather.

“They’re still awake,” the zoo’s spokesperson was quoted as saying. “As soon as daytime temperatures hit a constant minus, then we’ll start getting ready.”

Hundreds of brown bears in a southern Russian nature reserve went all winter without going into hibernation last year. Researchers expressed surprise that a lack of sleep hadn’t turned them into “aggressive insomniacs.”