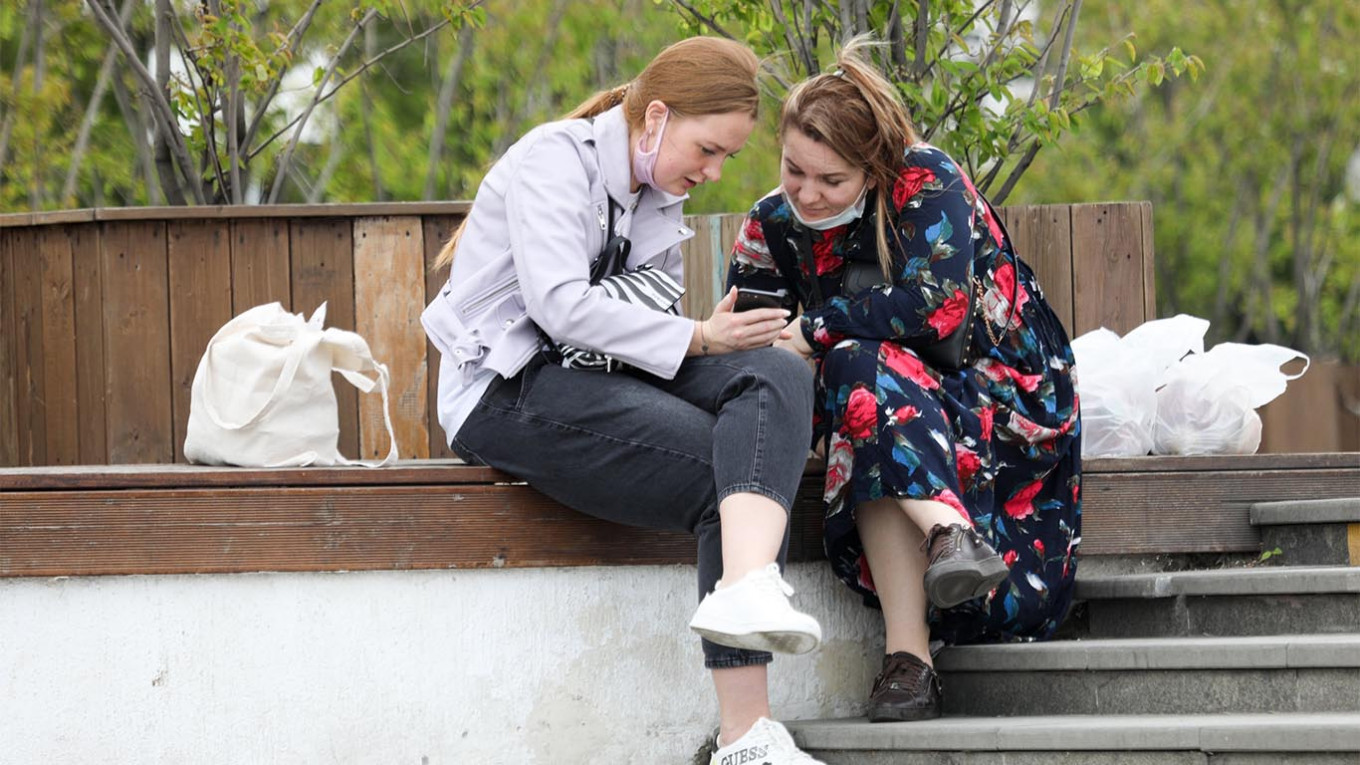 Residents of central Moscow are more likely than other Muscovites to violate the city’s self-isolation orders, according to an analysis of population clusters inside apartment buildings cited by Interfax on Monday.

Its authors attribute the violations to the residents’ relative affluence and their ability to go out of town or visit the many small squares near their residences during the outbreak.

Russian data analytics company Habidatum measured the concentration of people inside apartments a week before and some time after Moscow authorities ordered the city’s 12.7 million residents to self-isolate indefinitely in late March.

The analysis found that 10 central districts including the affluent Arbat and Tverskoy districts saw a “sharp decrease in the number of people staying home,” Interfax reported.

Muscovites inside the Third Ring Road “showed the least overall concentration of people” inside their apartments, according to Habidatum.

Thirteen districts outside the central beltway led all others in complying with the self-quarantine orders, Intefax cited Habidatum as saying.

Overall, the share of Muscovites ignoring the orders has doubled from 8.5% in April to 17% in mid-May, said Sergei Kapkov, the former head of Moscow’s culture department and the architect of Moscow’s face-lift in the early 2010s.

President Vladimir Putin announced the end of Russia’s “non-working” period to slow the outbreak last Tuesday, allowing regional leaders to start easing restrictions. Moscow, the epicenter of Russia’s coronavirus outbreak with roughly half of its nearly 300,000 total cases, extended its lockdown until at least May 31 with a digital pass system enforcing the rules.

Under the lockdown, Muscovites can only leave their homes to buy groceries or medicine at the nearest shop, take out the trash, walk dogs within 100 meters of their buildings, go to work if they have essential jobs or seek emergency medical care. Starting May 12, the city allowed construction and industrial enterprises to resume their work.

“A number of Moscow factories came out of self-isolation this week so we expect a doubling of Muscovites’ activity in May,” Kapkov told Interfax.