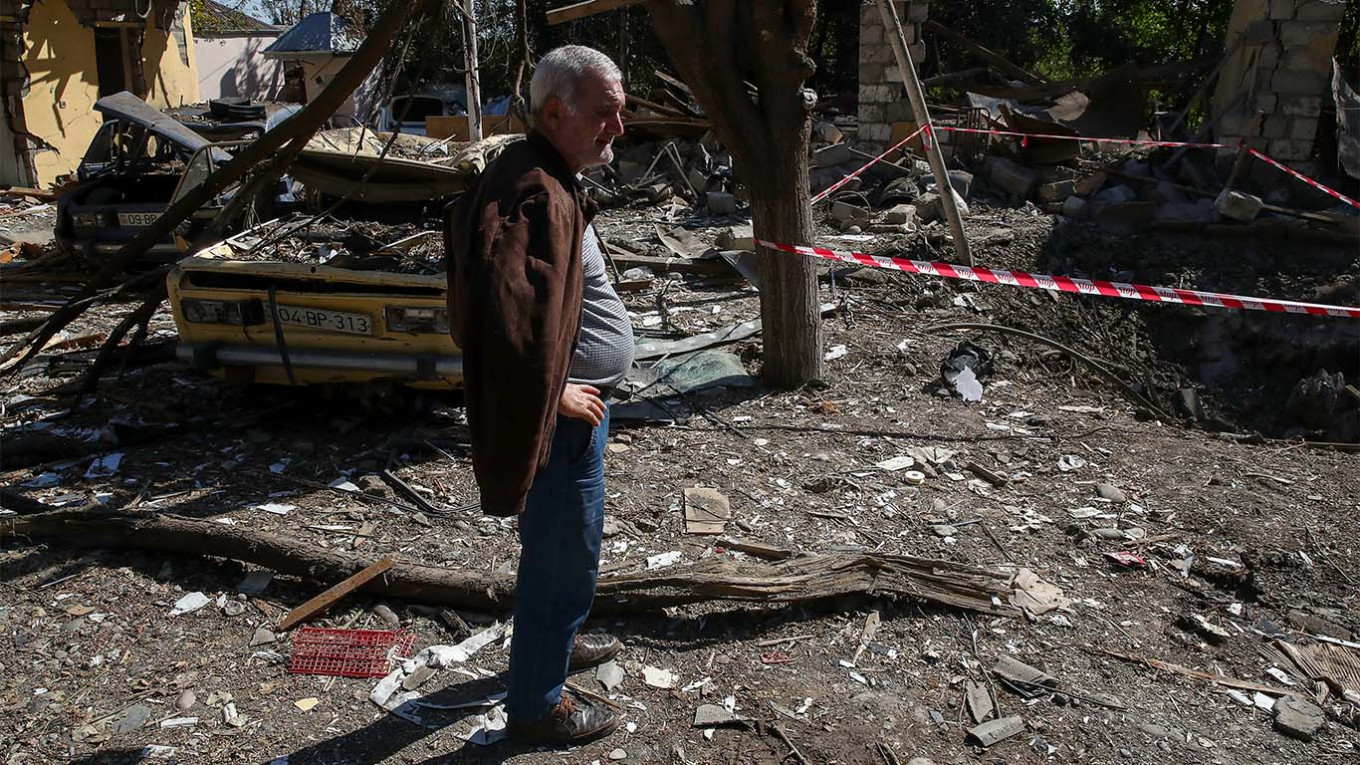 Russia on Monday urged Armenia and Azerbaijan to immediately start observing a ceasefire agreed over the disputed Nagorno-Karabakh region as intense fighting between the two Caucasus rivals cast fresh doubt over the accord.

Armenia and Azerbaijan have for the last two weeks engaged in bitter clashes over Nagorno-Karabakh, a breakaway region of Azerbaijan controlled by Armenians after a 1990s war and whose independence is recognized by no other state.

The fighting, the worst since a 1994 ceasefire, has sparked fears of a regional conflict with Turkey backing Azerbaijan, Armenia seeking to pull ex-Soviet ally Russia in on its side and Iran looking on warily.

After 11 hours of talks between the Armenian and Azerbaijani foreign ministers in Moscow, the two sides agreed early Saturday to a humanitarian ceasefire.

But repeated clashes have so far made a mockery of the truce deal, with both sides Monday accusing the other of repeated violations.

“We expect that the decisions that have been adopted will be rigorously observed by both parties,” said Russian Foreign Minister Sergei Lavrov in Moscow after hosting his Armenian counterpart Zohrab Mnatsakanyan.

He said the truce — whose immediate aim was to exchange prisoners and the bodies of people killed — had to be implemented on the ground and work was underway to ensure verification mechanisms were in place.

Lavrov said he believed the “all-night vigil” that clinched the ceasefire would “not be in vain” and that the issue could be resolved on the ground “in the nearest time.”

An AFP correspondent in the Azerbaijani town of Barda not far from the front line heard thumping echoes of shelling Monday morning and the noise intensified further in the afternoon.

In Karabakh’s main city of Stepanakert, an AFP photographer heard the sounds of shelling from the direction of the town of Hadrut.

“Armenian armed forces, which did not comply with the humanitarian truce, repeatedly tried to attack the positions of the Azerbaijan army,” the Azerbaijani defense ministry said.

It said a “large number of enemy forces” had been destroyed as well as one T-72 tank and three Grad multiple rocket launchers.

Armenia said Karabakh forces had shot down an Azerbaijani fighter jet but the claim was dismissed as “nonsense” by the Azerbaijani defense ministry.

The 1990s war — which ended with the 1994 ceasefire that did not present a long-term solution to the conflict — resulted in the deaths of about 30,000 people.

Nearly 500 people including more than 60 civilians, have been killed in the latest fighting since last month, according to a tally based on tolls given by both sides.

Analysts have long warned that Nagorno-Karabakh was the most combustible of the frozen conflicts left over after the fall of the Soviet Union, with Azerbaijan vowing to regain control of the territory and Armenians insisting they would never cede ground.

The EU’s diplomatic chief Josep Borrell said on Sunday he was concerned by “reports of continued military activities, including against civilian targets, as well as civilian casualties” in violation of the ceasefire.

The so far fruitless, decades-long search for a settlement over Karabakh has been overseen by the Minsk Group of world and regional powers chaired by senior diplomats from France, Russia and the United States.

Mnatsakanyan was due to meet the Minsk Group co-chairs in Moscow after his discussions with Lavrov.

Renewed fighting has stoked fears of a full-blown war embroiling Turkey, which strongly backs Azerbaijan and has been accused by Paris and Moscow of sending pro-Ankara Syrian militiamen to help Baku.

Lavrov said Monday that his Turkish counterpart Mevlut Cavusoglu had in telephone talks expressed his support for the Moscow ceasefire deal.

Russia has a military base in Armenia and counts Yerevan as an ally in the Moscow-led Collective Security Treaty Organization (CSTO).

However the Kremlin has kept its distance from Armenian encouragement to become involved, saying that the CSTO treaty does not extend to Karabakh.

Iran, which has warm relations with Armenia and is wary of Baku’s military cooperation with Israel, has also expressed alarm over the reports of Syrian militia being sent to Azerbaijan.

Iran’s foreign ministry expressed regret “over the violation of the announced ceasefire,” urging both sides to resume talks.