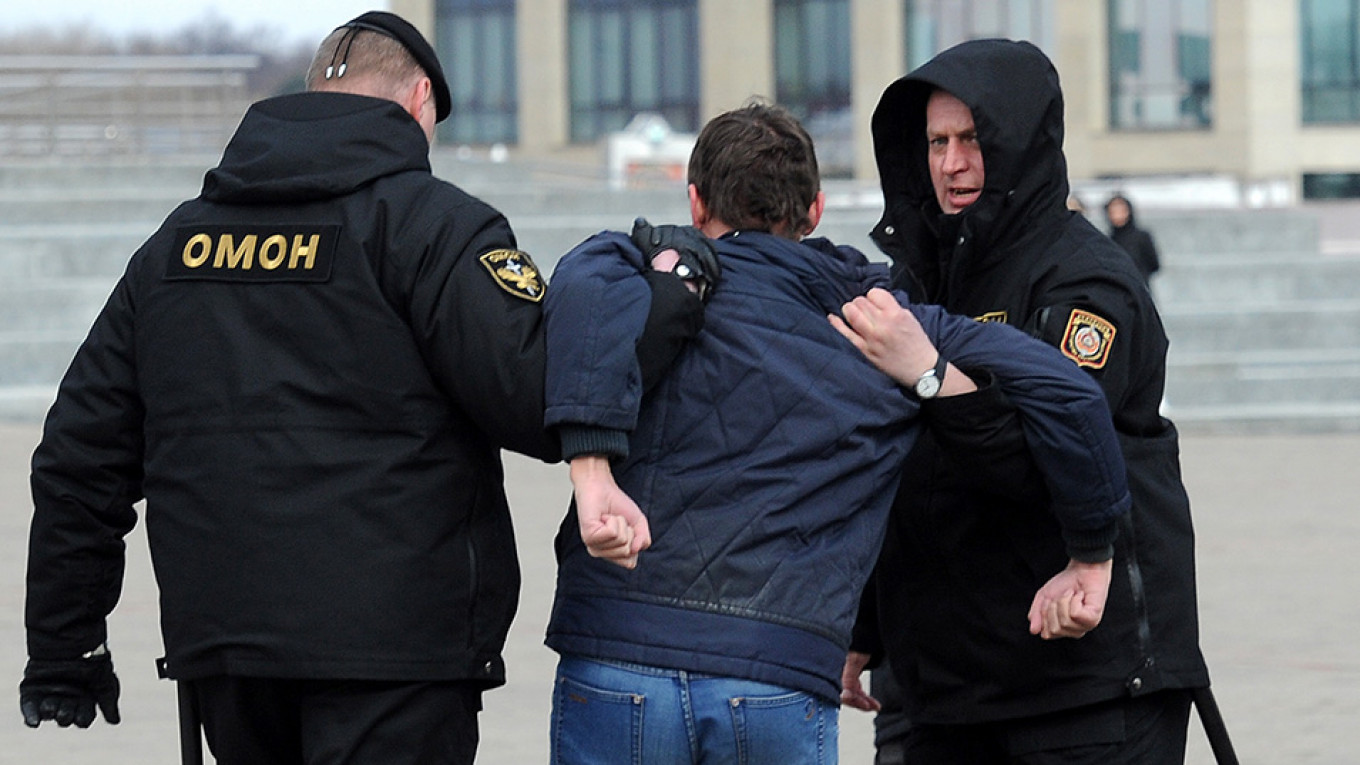 Belarus has for the first time arrested a Jehovah’s Witness at Russia’s request, the Jehovah’s Witnesses in Russia organization said Tuesday amid an ongoing crackdown on the religious group across Russia.

More than 300 believers have been charged or convicted since Russia banned the religious group as an “extremist” organization in 2017. Russian authorities have in the past year escalated the persecution of Jehovah’s Witnesses with raids and other forms of punishment, Human Rights Watch has said.

Nikolai Makhalichev, 36, was detained near the Russian border last Friday and placed in pre-trial detention three days later, the Jehovah’s Witnesses in Russia said in an online statement.

“He was told during a document check that Russia had put him on an interstate wanted list because he professes an allegedly banned religion,” the statement said.

In Russia, authorities reportedly opened a criminal case against Makhalichev on Jan. 31, 2019.

Makhalichev filed a complaint with the United Nations Human Rights Committee to prevent his extradition to Russia and plans to appeal his arrest, the Jehovah’s Witnesses in Russia said.