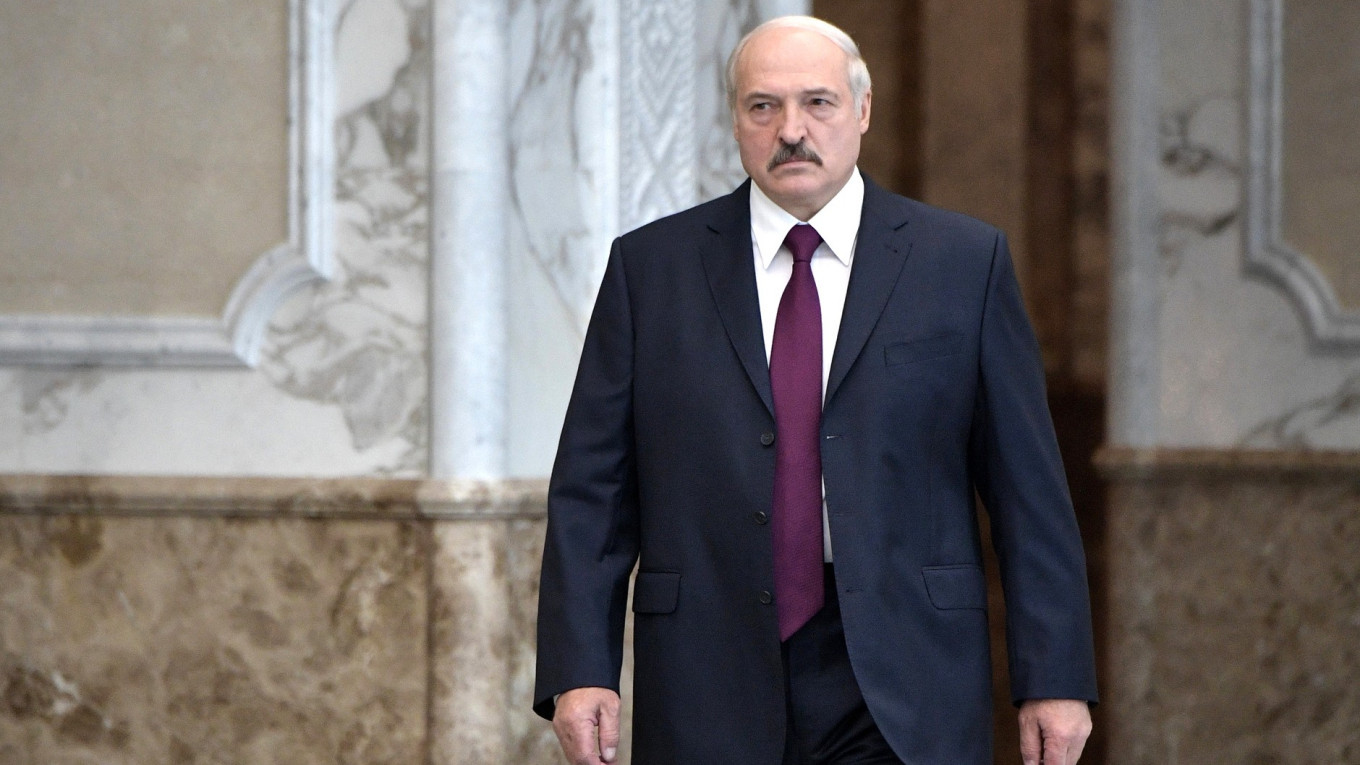 Belarusian President Alexander Lukashenko said Tuesday that his 26 years in office may have been excessive, but vowed to maintain his grip on power despite widespread protests against his rule.

Lukashenko’s rare admission has been a rallying cry for hundreds of thousands of demonstrators who flooded the streets of Belarusian cities for the past month to protest his disputed election victory that handed him a sixth presidential term.

“I may have stayed [in power] a little too long,” Lukashenko told four journalists from Russian state-run media in his first interview since the Aug. 9 vote, according to one of the journalists’ descriptions of the interview.

“But only I can really protect Belarusians now,” Lukashenko was quoted by the journalist as saying.

Another Russian journalist who interviewed him said that Lukashenko vowed to stay in power, quoting him as saying: “I’m not gonna leave just like that. I’ve built up Belarus for a quarter-century, I won’t just give it up.”

“Besides, if I leave, my supporters will be slaughtered,” Lukashenko claimed without evidence.

Anti-Lukashenko protests since the disputed Aug. 9 vote have been largely peaceful, with the days immediately following the election marked by widespread violent detentions and torture of protesters. Lukashenko admitted “excesses” during the authorities’ “initial hotheadedness” but defended the riot police’s behavior during what he said was their “defense of the country from Blitzkrieg.”

Lukashenko didn’t rule out early elections after constitutional reforms he had promised in the wake of the protests, the state-run RIA Novosti news agency reported.

Addressing his appearance with an automatic rifle outside his cordoned-off residence in Minsk while more than 100,000 people gathered nearby in late August, Lukashenko said:

“It meant only one thing: I haven’t fled and I’m ready to defend my country to the end.”

The set-piece interview took place a week after reports said that Belarusian state television replaced its striking journalists and technical personnel with those from the Kremlin-funded RT broadcaster. RT editor-in-chief Margarita Simonyan was among the four Russian journalists to interview Lukashenko.

The 66-year-old’s latest admission comes a week after he acknowledged Belarus’ “somewhat authoritarian system” he has overseen since coming to power in the ex-Soviet state in 1994.