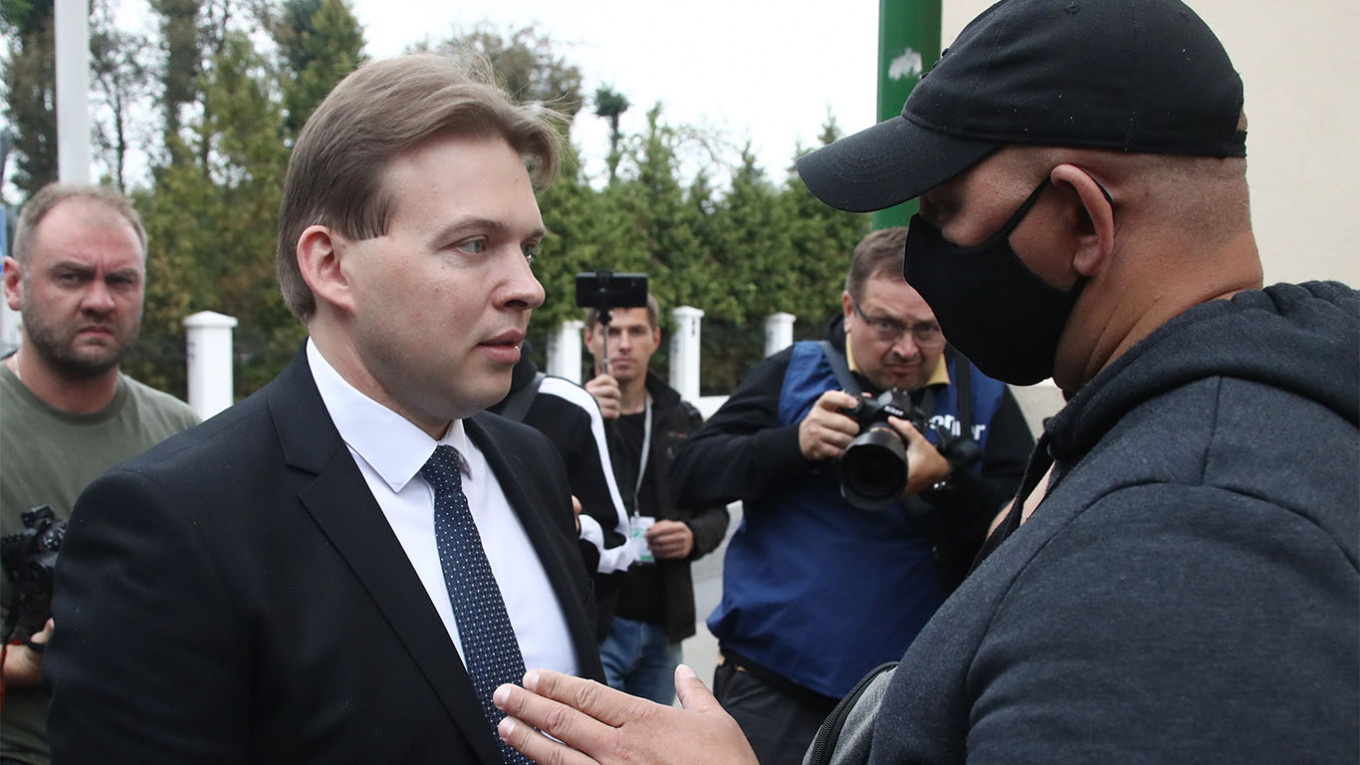 One of the last remaining members of the Belarusian opposition’s Coordination Council at large, lawyer Maxim Znak, was detained by masked men on Wednesday, his colleagues said.

Znak, who had worked as a lawyer for jailed presidential hopeful Viktor Babaryko, had been due to participate in a video call but did not show up, instead sending the word “masks” to the group, Babaryko’s press service said.

It said a witness had also seen Znak, 39, being led down the street near his offices by several men in civilian clothes and wearing masks.

Along with Svetlana Alexievich, a 72-year-old Nobel Prize-winning author, Znak was the last of the seven members of the Council’s governing presidium to remain free.

Others have been detained or forced to leave Belarus, in an intensifying crackdown by President Alexander Lukashenko’s regime over a disputed election.

Znak’s apparent detention came a day after the most prominent opposition figure still in Belarus, Maria Kolesnikova, was detained at the Ukrainian border after she prevented authorities from expelling her by tearing up her passport and jumping out of a car.

The Coordination Council was set up to ensure a peaceful transfer of power after main opposition candidate Svetlana Tikhanovskaya rejected Lukashenko’s claim to have been re-elected to a sixth term in an Aug. 9 vote.

The disputed election has sparked the biggest anti-government demonstrations of Lukashenko’s 26-year rule, with tens of thousands taking to the streets for weeks to demand he resigns.

Lukashenko’s security services have hit back with waves of arrests, deadly violence against protesters and a campaign of intimidation and expulsion against opposition leaders.