Belarus Police Threaten to Use Firearms on Protesters 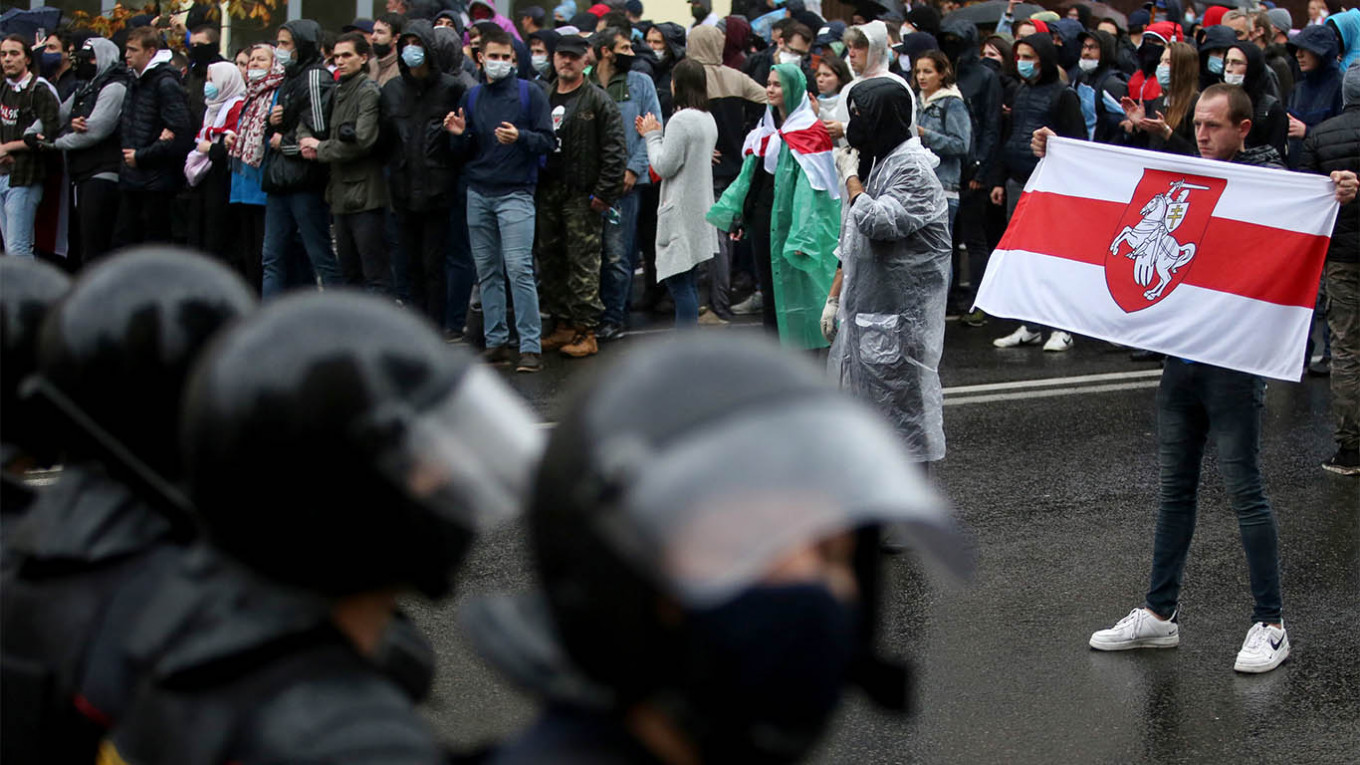 “Law enforcement officers and internal troops will not leave the streets and will use riot control equipment and lethal weapons if need be,” the interior ministry said in a statement on the Telegram messenger service.

Peaceful protests broke out after Lukashenko claimed victory in Aug. 9 elections over a popular opposition candidate, Svetlana Tikhanovskaya, who claims to be the true winner.

Police have so far only acknowledged using riot control equipment such as water cannon, rubber bullets and stun grenades to disperse the protesters.

On Sunday, police deployed water cannon and stun grenades in Minsk and detained more than 700 people across the country, the interior ministry said.

EU foreign ministers on Monday agreed to impose sanctions on Lukashenko, as the bloc seeks to step up pressure over his regime’s crackdown on protesters.

The EU has already imposed travel bans and asset freezes on 40 Lukashenko allies for rigging the election in August that returned him to power and orchestrating a crackdown on mass protests.

The EU had held back from penalising Lukashenko, hoping to persuade him to engage in dialogue with opposition forces to resolve the crisis.