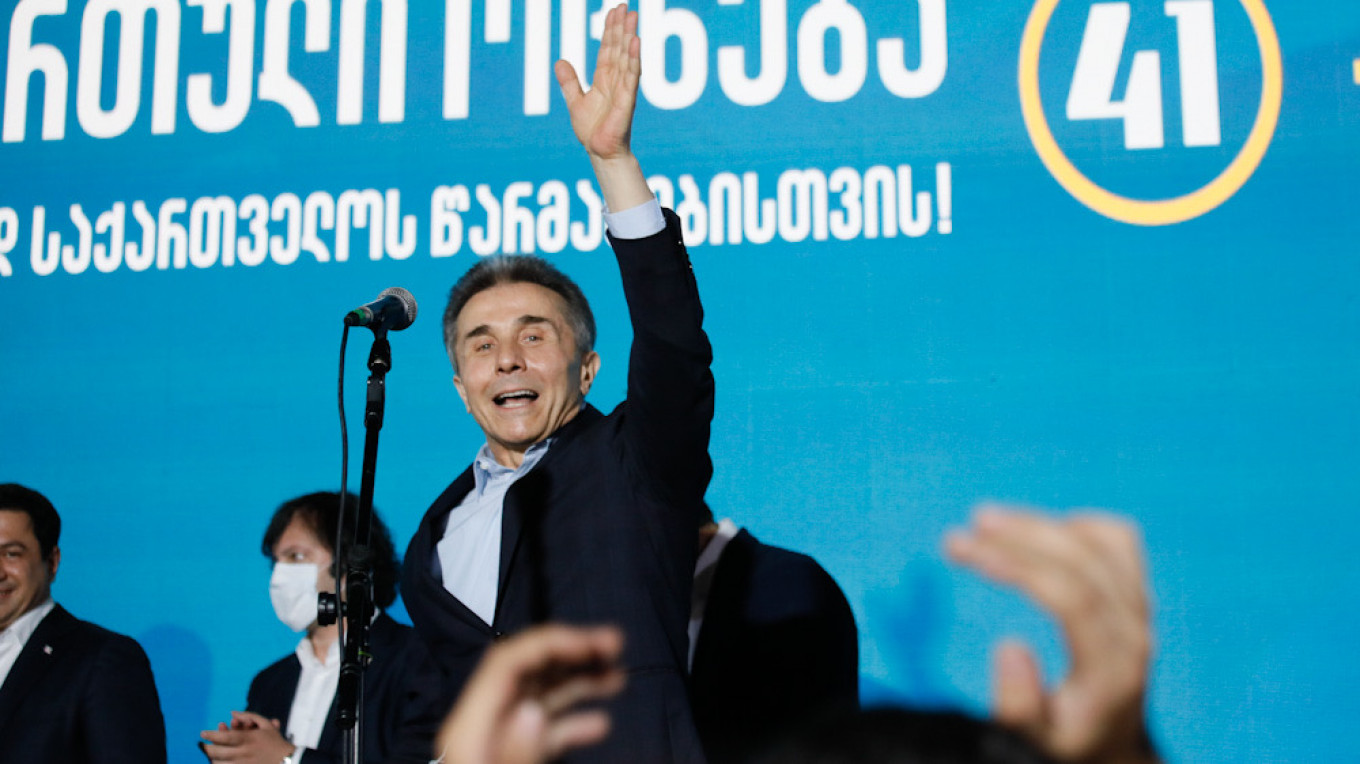 The billionaire leader of Georgia’s ruling party, Bidzina Ivanishvili, who is widely seen as the Western-backed country’s most powerful man, announced Monday he was quitting politics.

Ivanishvili made the announcement after his Georgian Dream party claimed a narrow victory in a tightly contested parliamentary election last year that sparked protests.

“My mission has been accomplished,” the country’s richest man said in a statement.

“I have made the decision to finally retire from politics and fully distance myself from the reins of power.”

Ivanishvili said he was stepping down as party chairman ahead of his 65th birthday next month and that it was time to “advance young people to the forefront.”

He said he was “returning to my pre-2011, private lifestyle.”

Georgia held a parliamentary election in October and November but protests broke out after the first round and the opposition boycotted the second round.

Georgian Dream scored a narrow victory against opposition parties, which accused it of “massively falsifying” the results, claims the ruling party denied.

Georgia became a darling of the West after Mikheil Saakashvili came to power in the 2003 Rose Revolution and instituted reforms to boost democratic institutions and battle corruption.

But a brief war with Russia in 2008 and political infighting has dimmed hopes of the country joining NATO and the European Union.

In power since 2012, Georgian Dream has seen its popularity fall due to discontent over its failure to address economic stagnation and perceived backsliding on commitments to democracy.

Critics accuse Ivanishvili — who is widely seen to be calling the shots in Georgia — of persecuting political opponents and creating a corrupt system where private interests permeate politics.

Saakashvili was forced to flee Georgia at the end of his second term as president in 2013.

He stepped down in 2013 but since then he has been widely believed to be the man in charge in the tiny Black Sea nation.

He made a political comeback in 2018, when he took over as leader of Georgian Dream.