Everything You Need to Know About the MH17 Trial 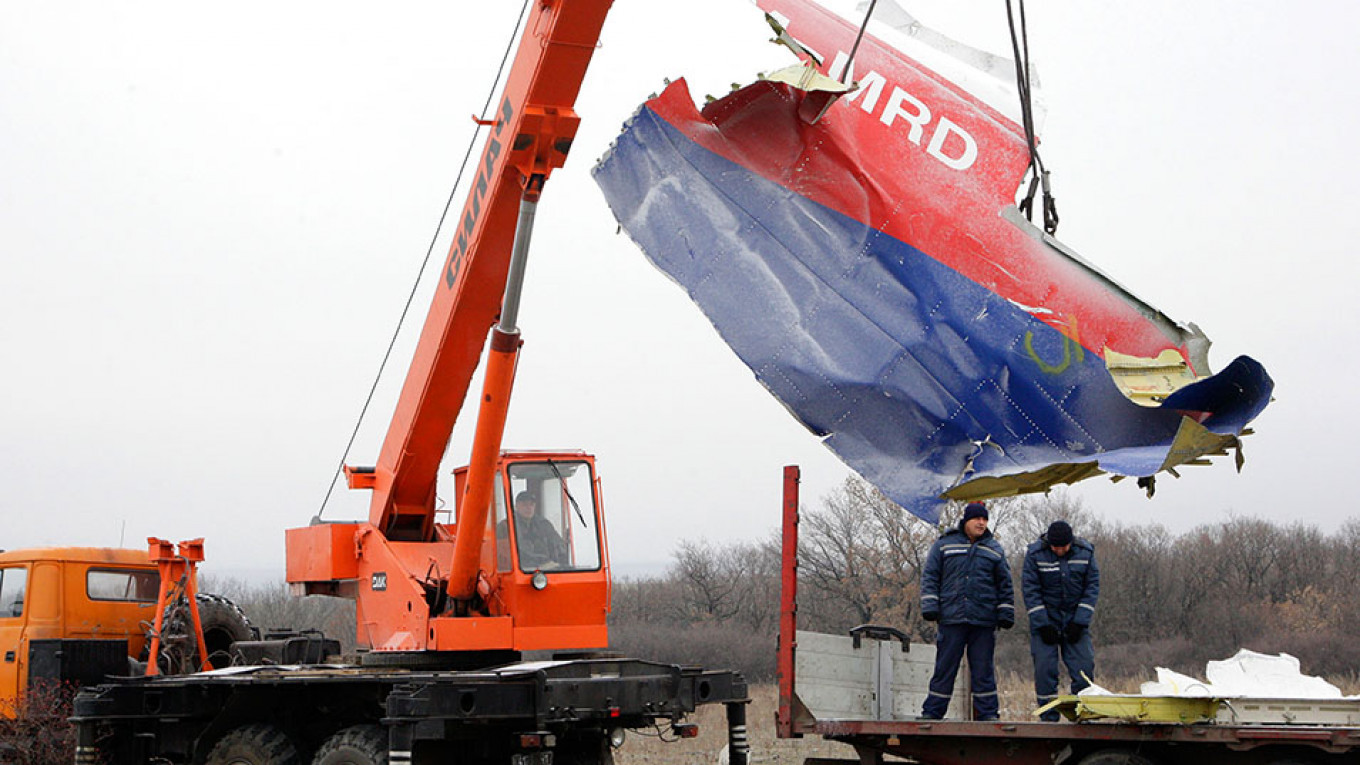 Tomorrow, a court in the Netherlands will start a landmark hearing to try to determine criminal responsibility for the downing of Flight MH17 six years ago, although it’s unlikely the suspects will appear in the dock.

The war in eastern Ukraine between Kiev’s forces and pro-Russian separatists has claimed more than 13,000 casualties according to the UN, but the downing of MH17 remains one of its most tragic episodes: 298 people, mostly Dutch nationals, died over eastern Ukraine when their flight from Amsterdam to Kuala Lumpur was shot down on July 17, 2014.

Igor “Strelkov” Girkin is the most well-known of the four. A former minister of defense in the self-proclaimed Donetsk People’s Republic (DNR) and close advisor to Crimean government head Sergei Aksyonov, Girkin is believed to be the most senior military officer in the area who was in direct contact with Russia. Girkin now lives in Moscow, where he has been spotted on a number of occasions. In talks with the media, he has denied any involvement in the shooting down of MH17.

Dubinsky is a former military intelligence officer who fought in Afghanistan and Chechnya before moving to eastern Ukraine and becoming the separatists’ head of intelligence. He is accused of arranging the transport of the Buk missile launcher, and believed to be living in Russia’s Rostov region, according to Russian media reports.

Pulatov, is also thought to have fought in Afghanistan and Chechnya, and served as a deputy to Dubinsky in the separatists’ military intelligence unit. According to investigative site Bellingcat, Pulatov has also moved back to Russia.

Ukrainian Kharchenko was the head of a separatist reconnaissance battalion during the MH17 shooting, and also worked under the command of Dubinsky.

The four men will most likely not be present at the hearing as The Netherlands has said Russia has not cooperated with the investigation. Dutch authorities have announced that the suspects will be tried in absentia.

Only one of the defendants — Oleg Pulatov — will be defended by an international defense team, consisting of two Dutch lawyers and one Russian lawyer.  Hubert Smeets, head of the Dutch political think tank WindowtoRussia believes that the JIT will have welcomed the news that at least one of the defendants has asked to be represented during the hearing.

“The JIT will see this as a big win, it brings legitimacy,” Smeets told The Moscow Times.

A shaky lead-up to the trial

In September 2019, the JIT investigation took a body blow when its key witness” Vladimir Tsemakh was sent to Russia from Ukraine as part of a high-profile prisoner swap between Kiev and Moscow.

Tsemakh, a Ukrainian citizen, was kidnapped in the Donbass by Ukranian security services on June 27. He had been recorded on video saying he commanded an anti-air brigade in eastern Ukraine and hid evidence of a Buk missile system.

“We believe Tsemakh should have never been involved in this swap and that he should face the consequences of his actions,” Piet Ploeg, who lost his brother, sister-in-law and nephew in the crash and heads a Dutch foundation supporting the families of the victims, told The Moscow Times in September.

In November 2019, the JIT team released a batch of intercepted audio recordings of calls it said were between pro-Russian separatist fighters in eastern Ukraine and high-ranking Russian officials in the weeks leading up to the 2014 downing of Malaysia Airlines Flight MH17 over eastern Ukraine.

The calls included conversations between defendant Igor Girkin, the Russian-appointed leader in Crimea Sergei Aksyonov and the former head of the Kremlin’s policy on Ukraine Vladislav Surkov.

The Kremlin was quick to question the authenticity of the calls, calling them “fake news.”

In February 2020, Dutch prosecutors announced that they had at least one eyewitness to the downing of MH17. Dutch media later reported that there are 13 witnesses, whose identities have been classified, and at least one public witness who will appear at the trial. Russia again slammed The Netherlands, with the country’s  Foreign Ministry spokeswoman Maria Zakharova saying she was “disgusted” by the reports.

“They have made a farce out of a tragedy,” Zakharova posted on Facebook.

The view from Russia

As it has done in the past, Russia will continue to reject any new evidence that emerges from the hearings, said Andrei Kolesnikov, chair of the Russian Domestic Politics and Political Institutions Program at the Carnegie Moscow Center.

“The Kremlin won’t change its position. They don’t see the point of it as they believe they have largely won the information war at home,” he said.

Kolesnikov pointed to a February poll from the independent Levada Center pollster showing that 60% of Russians believe Ukraine was behind the down shooting of the plane, while just 10% think Russia was the culprit.

Kremlin spokesman Dmitry Peskov has said the Kremlin will not comment on the court case until the final verdict is out, and reiterated the country’s skeptical view of the JIT.

“You know we’ve always had our questions about the objectivity of the investigation since Russia was denied participation,” Peskov told the media.

Nevertheless, the court case has the chance of becoming a thorn in the side of the Kremlin, said Pavel Kanygin, a Russian journalist who has extensively covered the MH17 case.

“New evidence is likely to emerge during the trial while Putin is hoping to make his European comeback,” he said. “This might really become an issue for him.”

Russia faced EU sanctions following the MH17 case as relations with the West reached historic lows. Over the last year, however, there have been some signs that EU-Russia relations might be improving.

French President Emmanuele Macron has been repeatedly calling for improved European relations with Russia while German Chancellor Angela Merkel’s government has been pushing for the construction of the Nord Stream 2 gas pipeline, an $11 billion project that will double the natural gas supply being transported under the Baltic Sea to Germany.

But, like Kolesnikov, Konygin rejects the idea that the Russian government will actually take any new evidence seriously, as many of the names likely to be mentioned in the hearings — including Russia’s Defense Minister Sergei Shoigu — are close to Putin and would implicate the Russian ruling elite in the tragedy.

The view from The Netherlands

While the Russian side will aim to downplay the court hearings, the Dutch authorities and the whole country will be watching closely,

“MH17 is by far the country’s biggest tragedy of the 21st century. It had an indescribably large impact,” said Smeets.

Central for the country and its leadership will be “truthfinding” after years of what many experts have called a campaign of Russian disinformation and propaganda.

“For the investigation team, it will be important to show the world that there aren’t multiple scenarios of what could have or might have happened, but to establish the truth based on facts and science,” said Smeets.

Ploeg and others who have lost family members are looking forward to the hearings, even if they risk opening old wounds.

“I think it will give us some closure. We deserve that,” Ploeg told The Moscow Times.