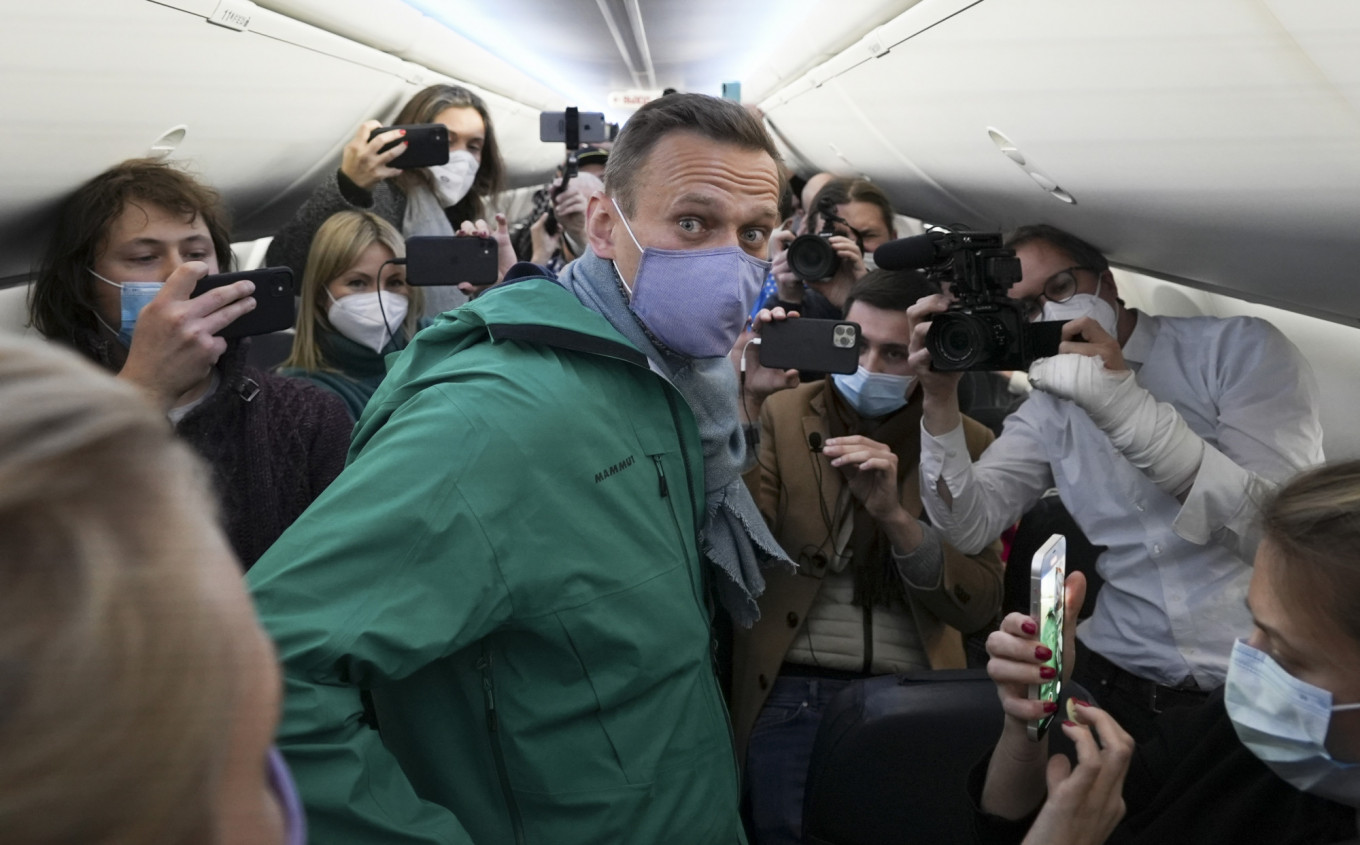 The G7 group of nations Tuesday condemned the arrest of Russian opposition leader Alexei Navalny, calling his detention “politically motivated” in a statement.

The foreign ministers of Canada, France, Germany, Italy, Japan, the UK and the U.S. said Navalny’s detention was “deplorable” and called for his “immediate and unconditional release.”

“Russia is bound by its national and international obligations to respect and ensure human rights,” added the seven nations.

Navalny, 44, was detained at Moscow’s Sheremetyevo airport on January 17, less than an hour after he arrived from Germany, sparking widespread criticism from western governments.

He had been in Berlin recovering from poisoning with a nerve agent.

The G7 rebuke demonstrated the united front within the group against Russia, expelled from what was then the G8 in 2014 over its annexation of Crimea.

Navalny maintains the attack against him in August last year was ordered by Russian President Vladimir Putin, a claim the Kremlin has repeatedly denied.

In the statement, the G7 hit out at the use of the chemical nerve agent Novichok and said “any use of chemical weapons is unacceptable and contravenes international norms against the use of such weapons.”

They urged Russian authorities to “investigate and credibly explain the use of a chemical weapon on its soil in the light of Russia’s obligations under the Chemical Weapons Convention.”

Earlier on Tuesday, Navalny’s aides called for new anti-government rallies outside the FSB security agency and Putin’s presidential administration in Moscow this weekend.

The opposition leader’s team called on Facebook for supporters to gather at noon.

Police on Saturday detained nearly 3,900 people — a record for a single day — at rallies in more than 100 cities across the country, where demonstrators called for Navalny’s release.