How the World Has Reacted to Belarus Presidential Vote 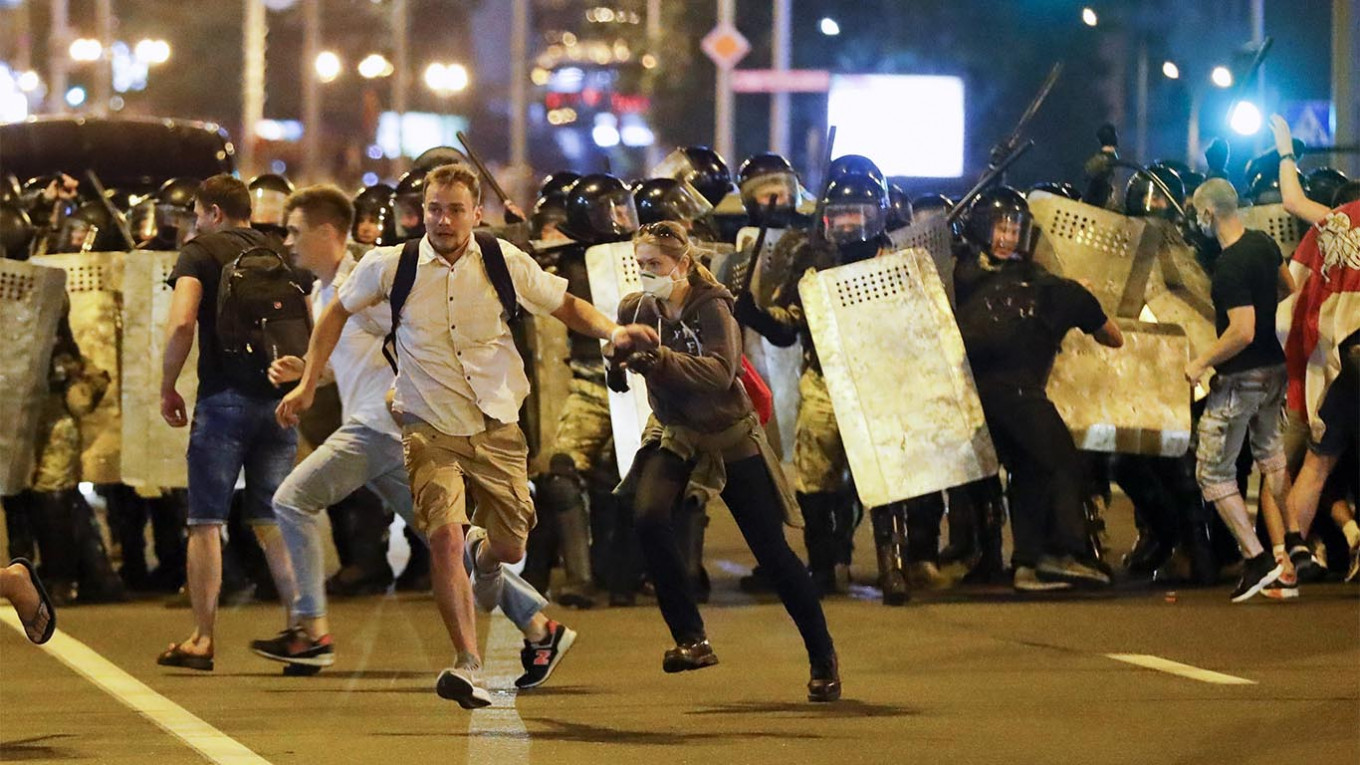 Thousands of Belarusian demonstrators were met with a violent police response on Sunday night as they protested what they said was a fraudulent election, after long-serving incumbent Alexander Lukashenko claimed victory.

Here is how the world has reacted to the disputed vote on Europe’s eastern frontier.

“Fundamental rights in Belarus must be respected,” the former German defence minister tweeted.

Von der Leyen, who heads the EU’s executive arm, also criticized the crackdown on opposition demonstrators, saying “harassment and violent repression of peaceful protesters has no place in Europe.”

A separate EU statement declared that “election night was marred with disproportionate and unacceptable state violence against peaceful protesters.”

The EU’s largest country Germany has “strong doubts — and from our point of view justified doubts — about the… conduct of these elections,” Chancellor Angela Merkel’s spokesman Steffen Seibert said.

“Minimum standards for democratic elections were not met” and this was “not acceptable”, Seibert added.

“The numerous reports of systematic irregularities and violations of electoral law are credible… the political leadership of the country must accept the will of its citizens,” he said.

Belarus’ largest EU neighbor Poland called for the bloc to hold an emergency summit on the country.

“The authorities have used force against their citizens, who are demanding change in the country. We must support the Belarusian people in their quest for freedom,” Prime Minister Mateusz Morawiecki said in a statement.

Latvia, another of Belarus’ EU neighbors that also once lay east of the Iron Curtain, also backed demonstrators.

“Protests in Belarus indicate that public opinion is not reflected in the preliminary election results,” tweeted Prime Minister Krisjanis Karins.

“I support Belarus people’s aspirations to live in a sovereign and democratic country with freedom of speech and assembly. I call on the government to refrain from the use of force.”

“The international community and EU must support Belarusian people who seek changes in their country,” Lithuania’s President Gitanas Nauseda said, adding that he backed Poland’s call for an emergency EU summit.

“Citizens’ rights and freedom of expression were not respected in the election,” Nauseda said, calling on the government to “release all peaceful demonstrators, journalists and civil society representatives who were detained” during the campaign and election.

Czech Republic: ‘not free and democratic’

Czech Republic premier Andrej Babis called the police repression of Belarusian demonstrators “a type of action that has no place in current Europe.”

“I condemn the police violence and the brutal assault on peaceful protesters in Minsk,” Babic tweeted.

“These elections cannot be labelled as free and democratic,” the Czech foreign ministry said separately.

“The police has used violence against protesters in a disproportionate and unacceptable way…. The responsibility for this violent development rests with President Lukashenko and the Belarusian government,” Swedish foreign minister Ann Linde said.

“The management of the presidential election follows a grim tradition of undemocratic elections in Belarus,” Linde said, adding that “voting fraud seems to have been extensive.”

“All cases of voter fraud and irregularities need to be independently investigated.”

The White House said Monday it is “deeply concerned” by the presidential election in Belarus and urged authorities to allow protests.

President Donald Trump’s press secretary Kayleigh McEnany said that “intimidation of opposition candidates and the detention of peaceful protesters” were among numerous factors that “marred the process.”

“We urge the Belarusian government to respect the right to peaceably assemble and refrain from use of force,” she told reporters.

Ukraine: ‘obvious not everyone agrees’

“It is already obvious that not everyone in (Belarus) agrees with the announced provisional election results,” Ukrainian President Volodymyr Zelensky said, adding that “doubt on such a scale is a direct road to violence, conflict and growing public outcry.”

“Any legitimacy arises exclusively from public trust… Only mutual understanding between all parties can preserve the country’s independence and ensure its further movement towards freedom and democracy.”

Monday’s telegram from Moscow expressed hope for “the further development of mutually beneficial Russian-Belarusian relations in all areas,” it added.

Chinese president Xi Jinping sent a congratulatory message to Alexander Lukashenko on his re-election, saying that he highly values the development of China-Belarus ties, reported the official Xinhua news agency on Monday.

Xi added that he stands ready to work with President Lukashenko in jointly advancing strategic partnership between both sides, and to expand mutually beneficial cooperation between the countries.