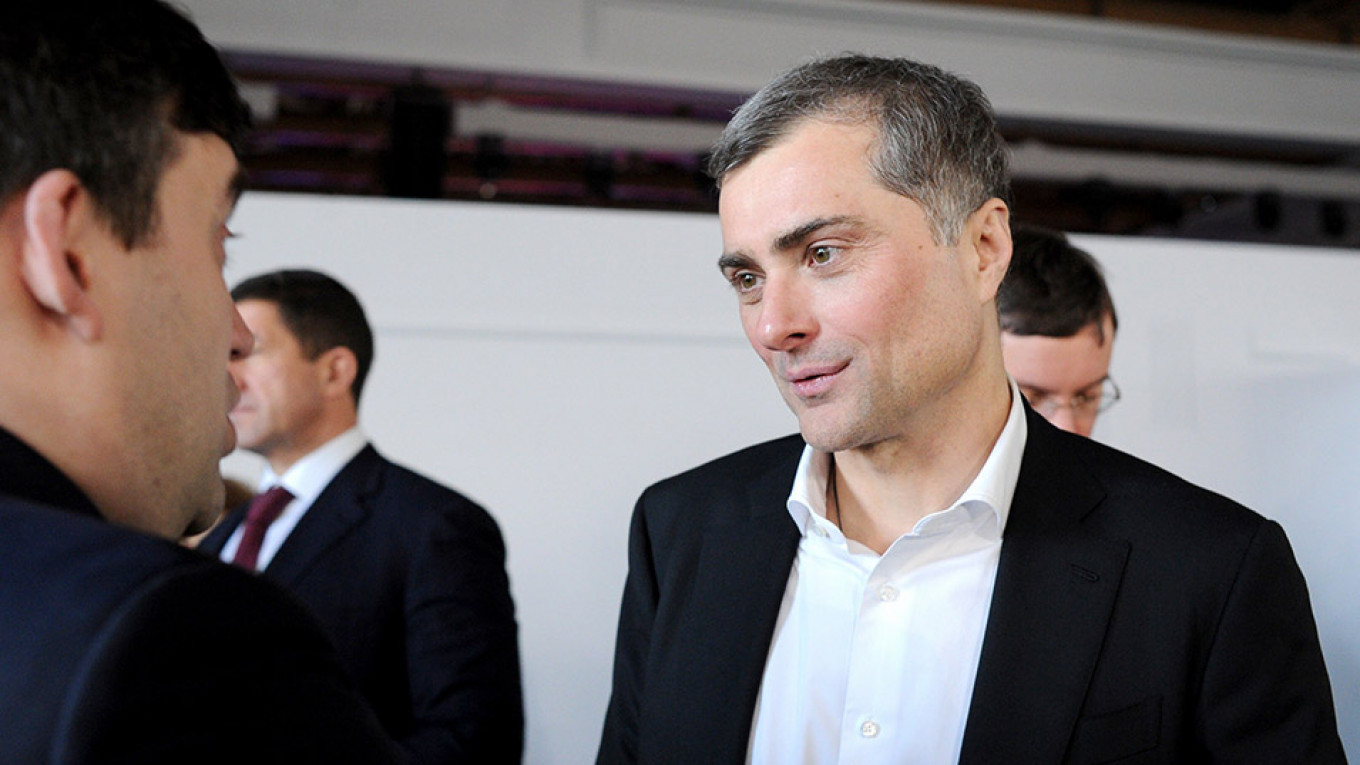 President Vladimir Putin’s longtime aide Vladislav Surkov has spoken out for the first time since his dismissal last week.

Putin formally sacked Surkov seven years after he began supervising the Kremlin’s policy on Ukraine, a period that included the annexation of Crimea and the outbreak of war in the country’s east. Surkov’s former aide Alexei Chesnakov announced in January that the so-called “grey cardinal” of the Kremlin had resigned because of a “policy change.”

Here is a selection of Surkov’s quotes from his interview with Chesnakov published Wednesday, exactly a month after Chesnakov first broke the news:

“If presidential powers are refined [in the proposed constitutional amendments], then legal logic will dictate the need to start counting presidential terms again.” [The Kremlin later dismissed the assertion as Surkov’s own opinion after the interview’s publication.]

“We have, in fact, naturally developed not just a presidential but a hyper-presidential form of government. It’s organic to our political culture and, in my opinion, it should be solidified formally and legally.”

“There is no Ukraine… Oddly enough, I’m a ‘Ukroptimist.’ In other words, I think there’s no Ukraine yet. But it will [form] over time.”

“[Upon returning to the Kremlin after a brief dismissal in 2013] I got a unique opportunity to pick a project myself. I chose Ukraine. Purely intuitively. No one told me and I didn’t know anything. No one knew for sure [what would happen].”

“I just felt or rather sensed that it would be a big deal. Even then, when nothing had unfolded yet, I guessed that there would be a serious struggle with the West. With victims and sanctions… I’m proud to have been a participant.”

— On why he left the Kremlin