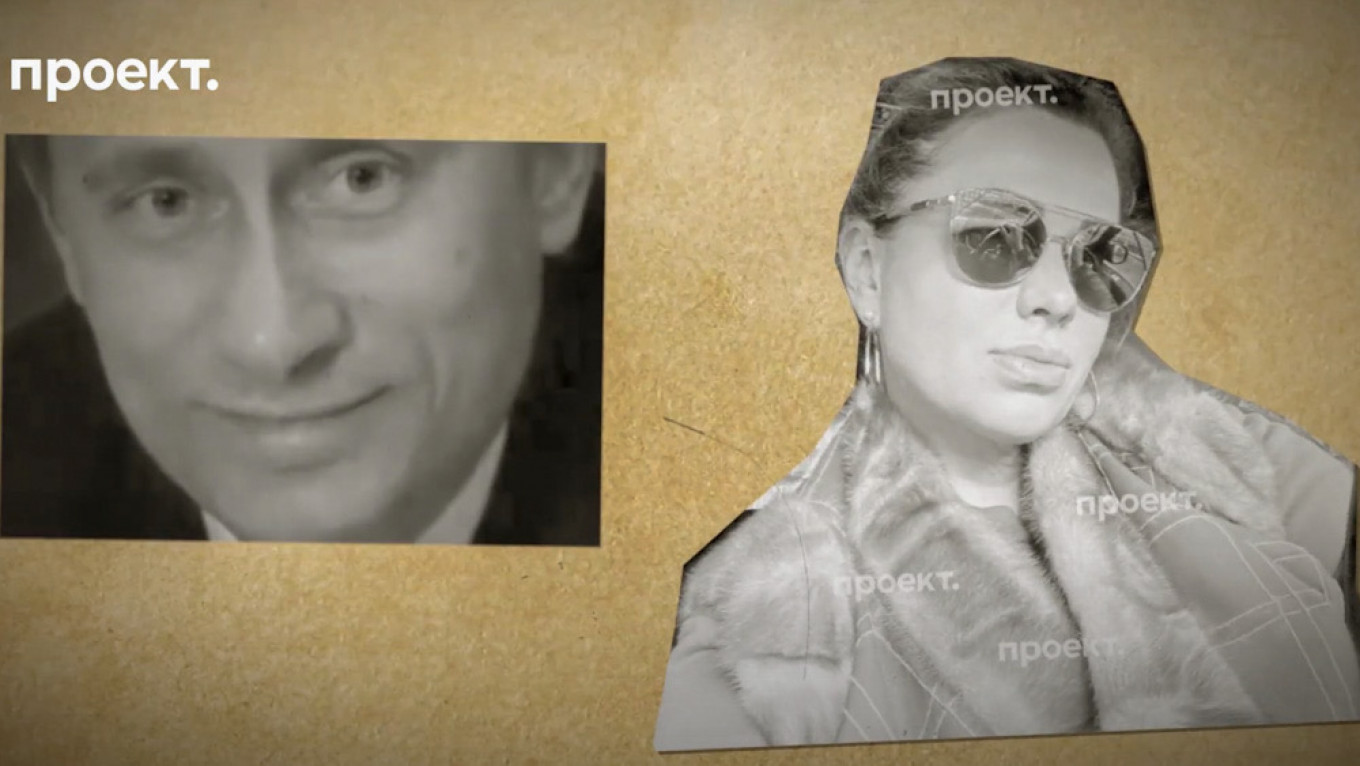 Yelizaveta Vladimirovna Krivonogikh “bears a phenomenal resemblance to the Russian president,” Proekt reported, citing photographs it said it had obtained.

Her mother Svetlana Krivonogikh is the beneficiary of a company that owns a small share in Rossiya Bank, which was sanctioned by the West after the 2014 annexation of Crimea for its connections with Russia’s political elite. Proekt estimates the total value of Krivonogikh’s known properties and business assets in Moscow, St. Petersburg and the southern resort city of Sochi at 7.7 billion rubles ($102 million).

The outlet said it had obtained copies of documents, presumably a birth certificate, which do not identify Krivonogikh’s father other than by her patronymic Vladimirovna.

Face-recognition software reportedly showed a 70.44% similarity between Putin and the younger Krivonogikh, with a 75% match meaning the photos are of the same person.

“We can draw the conclusion that they may be related,” Proekt quoted visual computing scientist Hassan Ugail, who used the face analysis, as saying.

Proekt said it would not publish photos of Yelizaveta Krivonogikh, who was born in 2003 and has allegedly lived under a different last name for the past several years, for ethical reasons. The teenager reportedly deleted photos showing her face from her social media accounts under the different last name after Proekt contacted her mother.

Proekt said Svetlana Krivonogikh promised to call back its correspondent but never did and the outlet was unable to contact her again.

Putin’s relationship with Krivonogikh allegedly began in the 1990s before he became president, Proekt cited two unnamed sources who know her as saying. She had worked as a cleaner and lived in a communal apartment before moving into “the most elite housing that a St. Petersburg resident could wish for” around that time, the outlet said. The relationship likely ended “somewhere near the end of the last decade,” it reported.

Kremlin spokesman Dmitry Peskov said he had previously been asked about Krivonogikh but that he knows nothing about her.

“Yes, I’ve been asked about this last name, but I’ve never heard anything about it and I don’t know anything,” Interfax quoted Peskov as telling reporters following the Proekt report’s publication Wednesday.

“This is the first time I’ve ever heard of such a woman and I can’t tell you anything about it,” he added.

Putin, who has been divorced since 2013, has repeatedly dodged requests to confirm or deny reports by several media outlets that he is the father of endocrinologist Maria Vorontsova and project director Katerina Tikhonova.