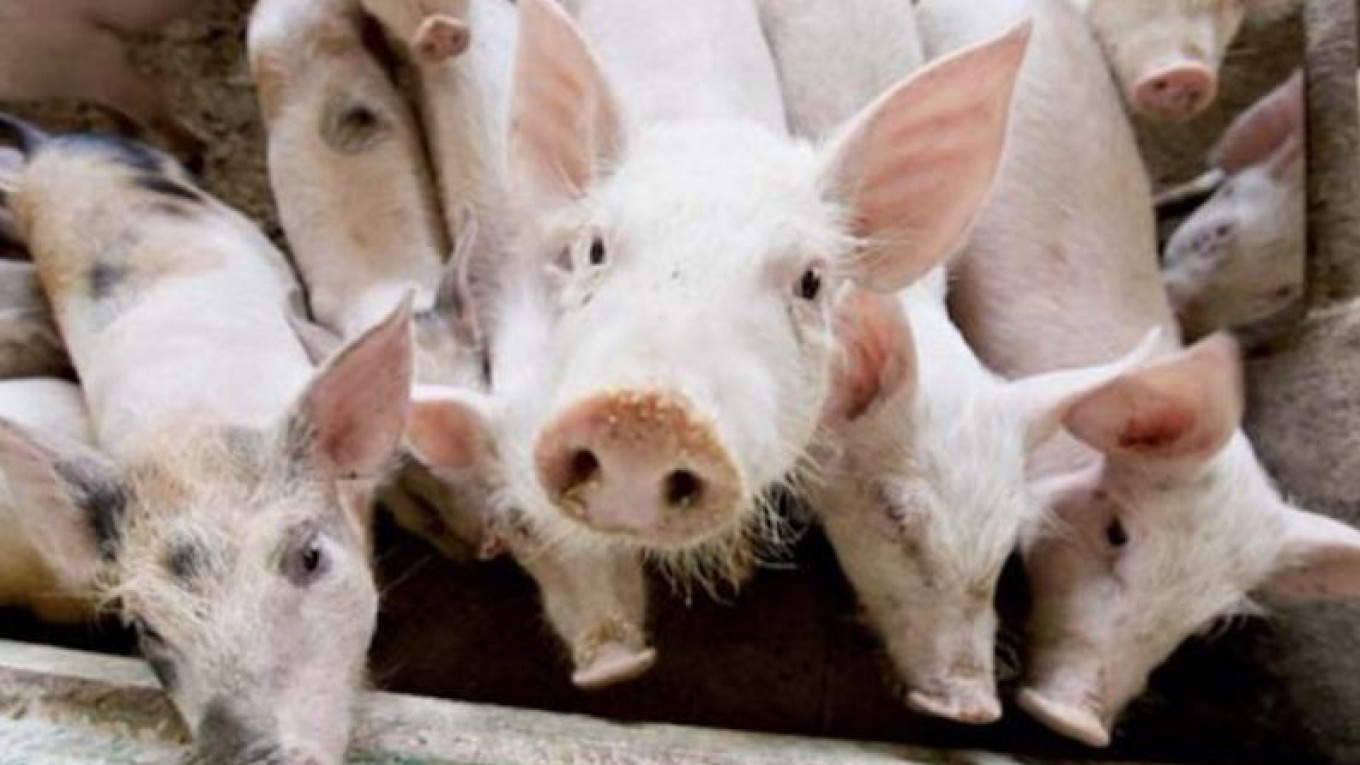 More than a year after African swine fever began ravaging hogs in China, the virus may be escaping along the same route it’s believed to have entered — via Russia.

While the swine contagion has been present in Russia for 12 years, it’s only been spreading actively in the country’s Far East for the past few months. Authorities have reported almost 60 outbreaks in wild and domestic pigs, most within a few miles of the border with China.

Infected wild boar may be playing a role in cross-border spread, said Dirk Pfeiffer, a professor of veterinary medicine and life sciences at City University of Hong Kong. “Wild boar are very likely to now also be infected in northern China,” Pfeiffer said.

While the Far East accounts for less than 2% of Russia’s swine herd, the virus’s persistence in wayward, wild animals may frustrate attempts to control the disease on both sides of the border. In China, African swine fever has reduced the nation’s pig herd by almost half, causing record-high pork prices and a shakeup of its $118 billion industry.

Experience in Europe with African swine fever has shown that once the disease becomes established in wild pigs, it’s “extremely difficult to control it in both wild and domestic pigs, especially when the wild population is dense and swine production is characterized as extensive, semi-intensive or ‘backyard’,” said Andriy Rozstalnyy, an animal health officer with the Food and Agriculture Organization of the United Nations in Rome.

“Smuggling of infected pork products, backyard pig-farming, and semi-subsistence hunting could play an important role” in the spread of the virus, Rozstalnyy said in an email.

Rosselkhoznadzor, Russia’s biosecurity watchdog, called for stronger measures to protect the region’s backyard pigs in August, about a month before the virus was found in sausage meat that a Chinese citizen had tried to smuggle across the checkpoint at Zabaykalsk, opposite the Chinese border town of Manzhouli.

The illegal transport of goods, the movement of tourists, and the migration of wild boar all pose disease risks, Rosselkhoznadzor said in an Aug. 5 statement. Additionally, the virus could spread in live pigs, contaminated meat products and crops, it said.

“The current unfavorable African swine fever situation in the People’s Republic of China leads to a high risk of infection in the border regions of the Russian Federation and neighboring countries,” Rosselkhoznadzor said.

The warning followed the deaths a week earlier of a sow and two boars on a farm in Primorsky, the province of which Vladivostok is the administrative center. Since then, 275 pigs have died and 2,473 have been killed and disposed of in 59 outbreaks in the Primorsky, Amur, and Jewish Autonomous regions, according to data Russian authorities submitted to the World Organization for Animal Health in Paris.

Still, outbreak incidence data in Asia are incomplete and don’t fully explain the burden of disease, the Food and Agriculture Organization’s Rozstalnyy said, adding that it’s “a challenge to organize reliable surveillance and accurate diagnostics in these remote areas.”

It’s also difficult to determine the source of the outbreaks, said Denis Kolbasov, the director of the Federal Research Center of Virology and Microbiology, near Pokrov, Russia. Some genetic studies of African swine fever viruses circulating in China have found similarities with strains in Eastern Europe and Russia, pointing to a likely source.

“If we are talking about the possibility of virus invasion from China to Russia, then we should talk about a mutual exchange” of the virus, Kolbasov said.

A pan-Russian strain was responsible for an outbreak in Siberia near the border with China in 2017, Kolbasov and colleagues showed last year. At the time, the outbreak was the furthest east the virus had been reported.

While both countries have made food security a priority, the flare up of outbreaks aren’t likely to hurt ties.

The worsening of the epidemic on the border between Russia and China is “a standard operational issue that is unlikely to impact international relations,” said Ilya Strokin, director of KPMG’s Agribusiness Center of Excellence in Russia.