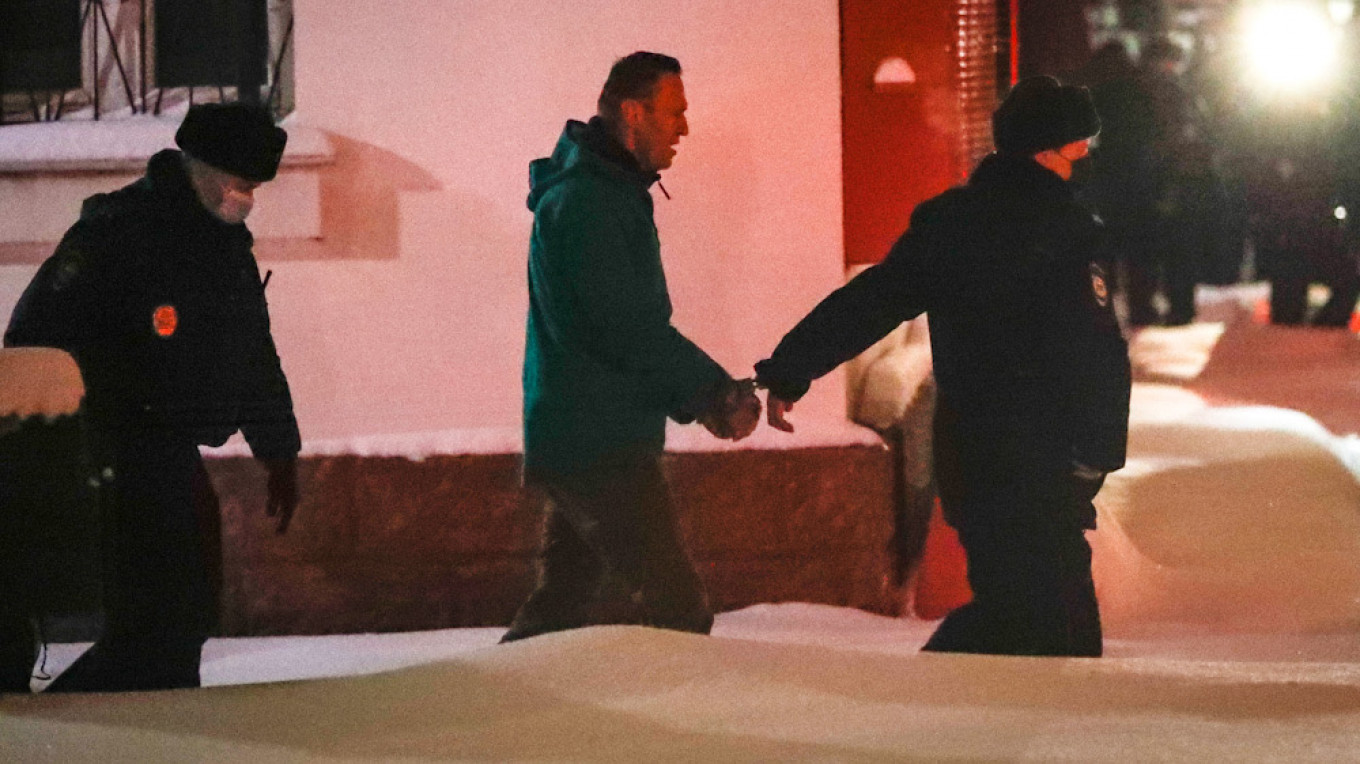 The Kremlin seeks to imprison poisoned and jailed opposition leader Alexei Navalny for 13 and a half years in an attempt to derail his movement, Bloomberg reported Friday.

The new threat of lengthy incarceration marks a departure from the Kremlin’s previous strategy of jailing him for no more than a few weeks at a time. Navalny was swiftly jailed this week following his return from Germany, where he was recovering from what Western scientists determined to be poisoning with Novichok.

Navalny could next month get up to three and a half years in prison as part of an old embezzlement case he says is politically motivated, Bloomberg cited two unnamed sources close to the Russian leadership as saying.

He could get another 10 years in prison as part of a new criminal case alleging that he stole supporters’ donations, the news agency reported, noting that the hard line comes from the Kremlin’s belief that Navalny is a Western cutout. The Kremlin also reportedly hopes that Navalny’s “highly personalized movement will lose direction once he’s in prison.”

From jail, Navalny has called for street protests this Saturday after releasing a viral video detailing President Vladimir Putin’s alleged seaside “palace” serving as a catalyst. The video has racked up more than 50 million views since it was posted Wednesday.

Navalny’s close associate Leonid Volkov said it was premature to expect the Kremlin to follow through on the long jail term before seeing the turnout at Saturday’s demonstrations. Observers have speculated that the rallies could draw smaller-than-expected crowds despite simmering discontent over falling incomes and Putin’s approval ratings dipping to all-time lows last year.

“Hold on burying him,” Volkov wrote on Twitter. “The Kremlin plans a lot but not much of it happens. And it all depends not on [their] wishes but on us.”

Navalny was arrested Sunday upon his return from five months of treatment in Germany, where military scientists determined that he had been poisoned with the Soviet-era nerve agent Novichok in Siberia. A makeshift court inside a police station north of Moscow ordered him to serve 30 days in prison pending the embezzlement trial that could result in his 3.5-year sentencing.

Navalny accuses Putin of personally ordering his attempted assassination, while his allies accuse Russian law enforcement authorities of stalling a good-faith investigation into his poisoning.

US Says ‘Russia-Based’ Group DarkSide Behind Pipeline Hack
May 11, 2021