Kyrgyz Leader in Talks for Solution to Post-Vote Chaos 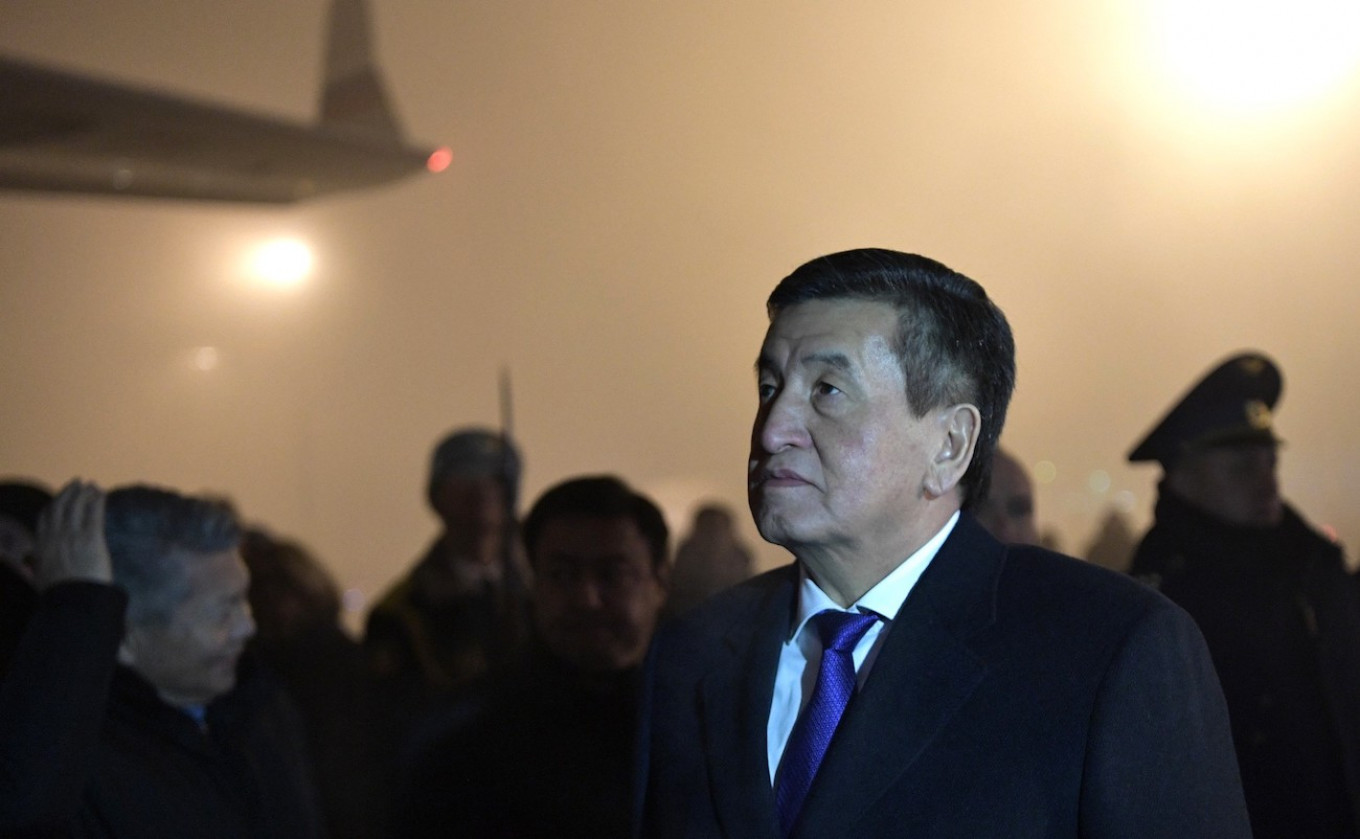 Kyrgyzstan’s president on Thursday held his first talks with parliament to find a way out of the chaos that has engulfed the Central Asian country since disputed elections, as key ally Russia pushed security forces to restore order.

President Sooronbay Jeenbekov even discussed the possibility of his own impeachment with parliament speaker Myktybek Abdyldayev, his office said in a statement.

‘The People Captured Power Themselves’: Kyrgyzstan Cleans Up After Night of Chaos

Opposition parties claim Sunday’s election was rigged by massive vote-buying, triggering protests and unrest that have left at least one dead and hundreds injured.

The results of the vote were annulled on Tuesday, but that has done little to ease tensions.

The ex-Soviet state, which borders China, has seen two revolutions and three of its presidents either jailed or sent into exile since independence in 1991.

Jeenbekov, who has ruled Kyrgyzstan since 2017, has not been seen in public since the latest unrest began.

He is believed to enjoy the support of Russia, which said it has beefed up security at a military base near the capital, Bishkek.

Kremlin spokesman Dmitry Peskov told reporters in Moscow that Russia was “deeply concerned” about a “situation resembling a mess and chaos.”

The FSB supports the Kyrgyz security service in its efforts “to prevent the situation in the country from sliding into chaos,” Peskov said.

Suvanaliyev oversaw a gathering of security bloc representatives on Thursday, who together called on political forces to “come to the negotiating table and return the country to lawfulness and social stability.”

The presidency’s statement was the first indication that Jeenbekov had accepted the results of an emergency parliament session held on Tuesday, at which Abdyldayev was chosen as the new parliament speaker.

The session was held in a three-star hotel after the parliament building was seized by protesters, and opposition groups have refused to accept the emergency session as legitimate.

They have rejected Abdyldayev’s election as speaker, as well as the selection of populist Sadyr Japarov as a candidate for prime minister.

Confrontations between groups of supporters in Bishkek have continued as rival groups contest the prime minister position.

As of Thursday, candidates from self-styled opposition parties claimed to control the state prosecutor’s office, the national security committee and the interior ministry.

Jeenbekov’s office said he discussed a range of issues including government appointments with Abdyldayev.

Despite discussing his own impeachment, there was no immediate indication that Jeenbekov would choose this option.

The Scramble for Power in Kyrgyzstan

“The President noted that he now faces an important task — to return the situation to the legal realm. He noted that he is ready to discuss all issues connected to the current situation,” his office said in a statement.

“Jeenbekov once more reiterated that he is the legitimate president,” it added.

The current selection for prime minister, Japarov, is a 51-year-old headstrong nationalist known for his opposition to the company operating Kyrgyzstan’s largest gold mine.

He was freed from prison, where he was serving an 11.5-year sentence for hostage-taking and other crimes, by protesters during a tumultuous night of unrest on Monday that also saw ex-president Almazbek Atambayev and several of his allies released from jail.

Japarov claimed the premiership following the extraordinary session of parliament, as hundreds of his supporters flooded into the capital.

But at least two other groups — one consisting of several losing parties — have since put forward their own candidates.

A parliamentary press spokesman told AFP that “around 70 lawmakers” — a majority of the parliament — had voted for Japarov as prime minister.