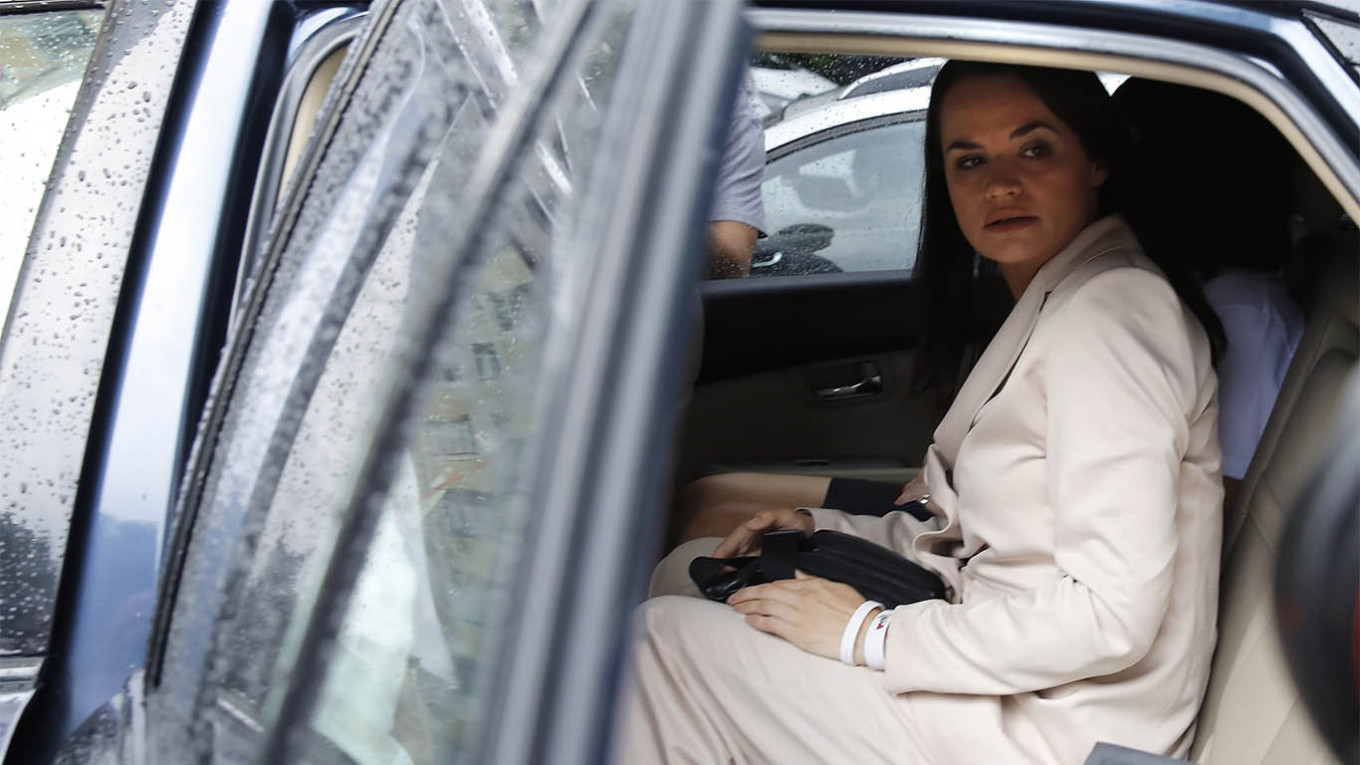 The main challenger in Belarus’s disputed presidential election said Tuesday she had left the country after two nights of clashes between police and opposition supporters left a protester dead.

The European Union condemned the polls as “neither free nor fair” and threatened to impose sanctions on those responsible for “violence, unjustified arrests, and falsification of election results.”

Svetlana Tikhanovskaya, who claimed victory over authoritarian President Alexander Lukashenko in Sunday’s vote, said she had left the country out of concern for her children.

The political novice who has energised Belarus’s opposition crossed the border in the early hours and Lithuanian Foreign Minister Linas Linkevicius told AFP she was “safe” in the EU member country.

“I have made a very difficult decision,” a distressed-looking Tikhanovskaya said in a video statement.

“Children are the most important thing we have in life,” said the 37-year-old, whose five-year-old daughter and 10-year-old son had earlier been taken out of the country for their safety.

Tikhanovskaya decided to run for president after the authorities jailed her husband, popular blogger Sergei Tikhanovsky, and barred him from contesting the election. He remains in prison in Belarus.

“I know that many will understand me, many will judge me, and many will begin to hate me,” Tikhanovskaya said. “But God forbid anyone face the choice I had.”

Belarusian state media released a second video where Tikhanovskaya urged supporters not to protest, apparently reading from a script.

Maria Kolesnikova, one of Tikhanovskaya’s campaign partners, said “we think this video was recorded under pressure from law enforcement authorities.”

Belarus on Monday declared long-serving leader Lukashenko had secured a sixth term with 80 percent of the vote, prompting a second night of protests and mass detentions by riot police.

Tikhanovskaya came second with 10 percent according to the official count but protesters are backing her claim to have won the election.

Her second campaign partner, Veronika Tsepkalo, on Tuesday released a video statement urging the international community to “recognise Svetlana as the only lawfully elected president.”

On Tuesday evening, riot police patrolled Minsk and began detaining pedestrians and cyclists in the area that saw clashes the previous night.

Broadband and mobile internet were cut off, a reporter in Minsk said, while residents have had difficulties connecting to opposition-linked websites and social media since Sunday.

The interior ministry said it detained more than 5,000 protesters.

The chaotic scenes of defiance with protesters fighting back against police in full riot gear were highly unusual in the authoritarian country.

Protesters said Tikhanovskaya’s departure would not stop their movement.

“Our goal is to overthrow the Lukashenko regime,” Yakov, a 51-year-old engineer, told AFP in Minsk.

“That Tikhanovskaya has left for Lithuania is even better, she is safe there.”

Dozens of people have been injured in the violence and the first fatality was confirmed on Monday when police said a man died after an explosive device went off in his hand.

On Tuesday, people laid flowers and white ribbons and candles at the spot where the protester died and passing drivers honked their horns.

The health ministry said more than 200 protesters were in hospital with wounds including chest and head injuries.

Tikhanovskaya’s campaign galvanised the opposition, presenting the strongest challenge yet to former collective farm director Lukashenko, who has ruled Belarus since 1994, brooking no dissent and earning the nickname of “Europe’s last dictator.”

The White House said it was “deeply concerned” by the violence.

Lukashenko on Monday defiantly vowed he would not allow Belarus to be “torn apart” and dismissed the protesters as pawns of foreign powers.

“We recorded calls from abroad. There were calls from Poland, Britain and the Czech Republic, they were directing our — forgive me — sheep,” he said.

The Belarusian foreign ministry on Tuesday it had “irrefutable” evidence of “interference from abroad.”