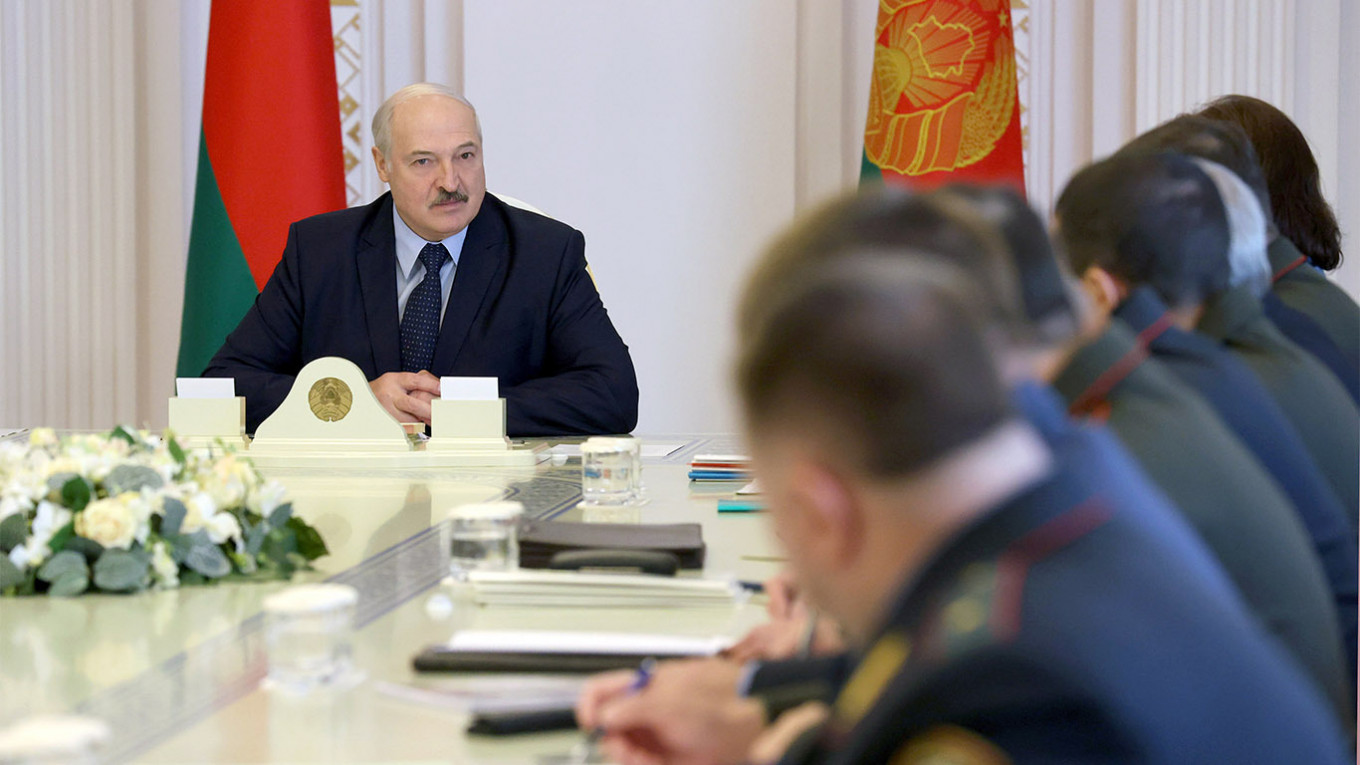 Strongman Alexander Lukashenko, who has ruled over ex-Soviet Belarus for nearly three decades, is facing down the greatest challenge to his rule yet ahead of presidential elections on Sunday.

In the run-up to the vote in which Lukashenko will seek a sixth term, protests have erupted across the country straddling Russia and Europe, with 37-year-old stay-at-home-mother Svetlana Tikhanovskaya emerging as his toughest rival.

One of Lukashenko’s would-be rivals, Tikhanovskaya’s husband Sergei, dubbed the famously mustachioed Lukashenko “the cockroach” and his supporters waved slippers at protests to symbolize stamping out his rule.

In response, Lukashenko, who is Europe’s longest-serving leader, jailed his main rivals including Tikhanovsky and told opponents not to call him names.

“Insulting people is not allowed in any country in the world,” he said at a meeting with Belarusians in late June.

“Do you really believe that a sitting president can have a 3% rating?”

During an animated address to the nation this week, Lukashenko wiped sweat from his brow as he accused the opposition of planning mass riots in the capital Minsk and urged voters to renew his tenure to stave off a revolution.

“All kinds of arrows, poisoned and Covid-ridden, are targeted at Lukashenko in order to bring him down, humiliate him, stamp on him, and destroy him,” he told the packed auditorium of officials, church leaders and military personnel.

He has spent the lead-up to the election touring military bases and overseeing police drills to signal that he will not tolerate attempts to unseat him.

Yet the crackdown appears only to have energized the opposition.

Tikhanovsky’s wife Svetlana — who was allowed to register as a candidate — has joined forces with the wife of another Lukashenko opponent and the woman campaign chief of an ex-banker who was jailed and barred from running.

The president has however insisted that Belarus is not ready for a female leader.

A woman president “would collapse, poor thing,” he said.

Lukashenko is known for his blunt-speaking folksiness and the former collective farm boss is routinely pictured in agricultural settings like tractor factories or potato fields.

Despite tens of thousands of coronavirus infections, he has dismissed the pandemic as a hoax and refused to introduce a lockdown or postpone the election.

He has offered dubious tips on avoiding the virus, recommending driving tractors in the countryside, drinking vodka and taking steam baths.

He has also advised Belarusian men to “keep kissing” their partners but not to “run after another woman.”

Between Russia and West

In power since 1994, Lukashenko has kept his landlocked homeland wedged between Russia and EU member Poland largely stuck in a Soviet time warp.

A quarter of a century after the collapse of the USSR the tightly-controlled eastern European nation still has a security service called the KGB, adheres to a command economy and looks to former master Moscow as its main ally, creditor and energy provider.

But Lukashenko has not been afraid to cross swords with the Kremlin as he nervously eyed its intervention in neighboring Ukraine, and has sought to mend fences with the West.

He has also signed the country up to the Eurasian Economic Union, Russian President Vladimir Putin’s pet project.

But while Belarus remains the most closely aligned former Soviet republic to Moscow, Lukashenko insists he is no Kremlin patsy, often switching from speaking Russian to Belarusian to show his independence.

When Putin seized Crimea from Ukraine and was accused of sparking a rebellion after the February 2014 ouster of Kiev’s Moscow-backed leader, Lukashenko appeared wary of Russia’s aggressiveness.

He has rejected the idea of outright unification with Russia and has accused Moscow of meddling in the current presidential campaign.

Less than two weeks before the polls Belarus arrested more than 30 Russian “militants,” saying they were on a mission to destabilize the country.