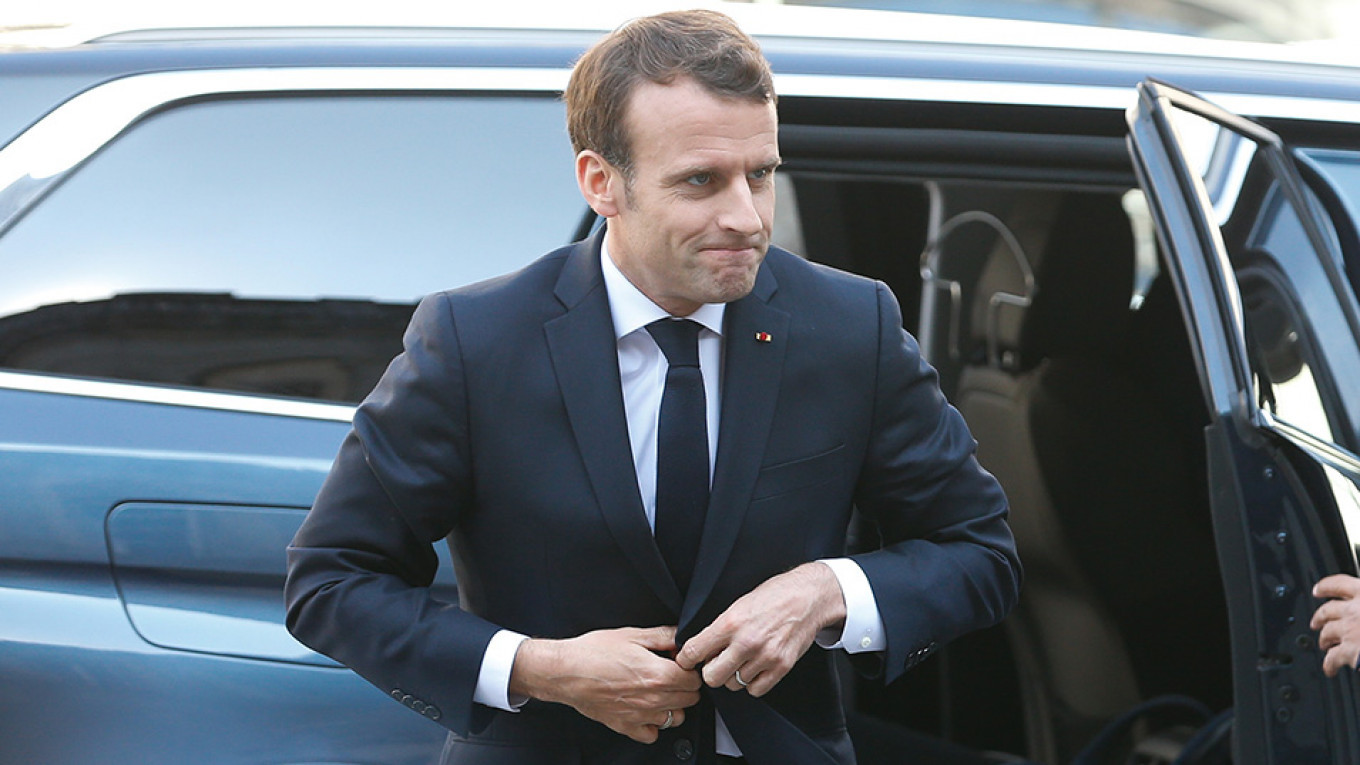 French President Emmanuel Macron hosts Russian leader Vladimir Putin at his summer residence on Monday and his office is adamant about what the get-together is not.

France isn’t playing the role of go-between with Russia and other world powers, Macron’s office says, after being stung by a tweet from President Donald Trump earlier in August that suggested Paris was trying to mediate between Iran and the U.S.

Nor does Putin’s visit to the medieval seaside fortress at Bregançon signal a Russian return to the G-8, they say, even if it comes just a week before the Group of Seven nations meet in another French resort for their annual summit. Instead, the meeting with Macron is evidence France is pursuing its own independent foreign policy, officials argue.

Putin may see things differently, said Vladimir Frolov, a foreign-policy analyst in Moscow. Russia was expelled from the G-8 in 2014 over its annexation of Crimea and support for separatists in eastern Ukraine. While French officials say they don’t favor Russia’s return until those issues are resolved, amid continued international sanctions on Moscow, the Kremlin will regard the invitation to the South of France as a victory, he said.

“It’s a no-lose visit for Putin, it completely eliminates the idea that he was isolated,” said Frolov. “Putin will be focusing on Trump in the dialogue with Macron, whom he looks down on as an upstart,” Frolov said. “For Putin, Trump is more important than Macron.”

The visit follows talks between Putin and Macron at the Group of 20 summit in Japan in June and at the G-20 in Argentina in November. After meeting at Versailles within weeks of Macron becoming president in 2017, Putin hosted the French leader at his annual economic forum in St. Petersburg last year, and they held further talks at the Kremlin when France won the soccer World Cup 2018 final in Moscow.

Macron repeatedly spoke to Putin about the case and “here, just before the visit, was the decision of the court,” Kremlin foreign policy aide Yuri Ushakov told reporters on Friday. While such lobbying is normal, the court took the decision and there was no political influence, said Putin’s spokesman, Dmitry Peskov.

The meeting with the Russian leader will focus on international hot spots as part of France’s policy of keeping channels open to everyone, according to Macron’s office. He has alternated beach time and diplomatic phone calls while on the Cote d’Azur, speaking to the leaders of Iran, Egypt, Qatar, and the United Arab Emirates.

Putin and Macron will have detailed discussions on international issues, which will be “of great interest” in the context of the approaching G-7 summit, Ushakov said. “We have no doubt that it’s one of the goals, that the French want to share with G-7 partners,“ he said.

Macron will push Putin to take advantage of recent peace gestures by Ukraine’s new president, Volodymyr Zelenskiy. France also wants Russia to pressure the Syrian regime into refraining from an assault on rebel-held Idlib, and to use its influence to convince Iranian authorities to return to compliance with the 2015 nuclear accord that Trump has abandoned.

“Russia and France share the common task of preserving” the nuclear deal and “preventing the escalation of tensions between Iran and the U.S.,” Ushakov said.

Putin is unlikely to agree to much on Ukraine, where the stalemate continues despite Zelenskiy’s calls for a new push for peace, said Frolov.