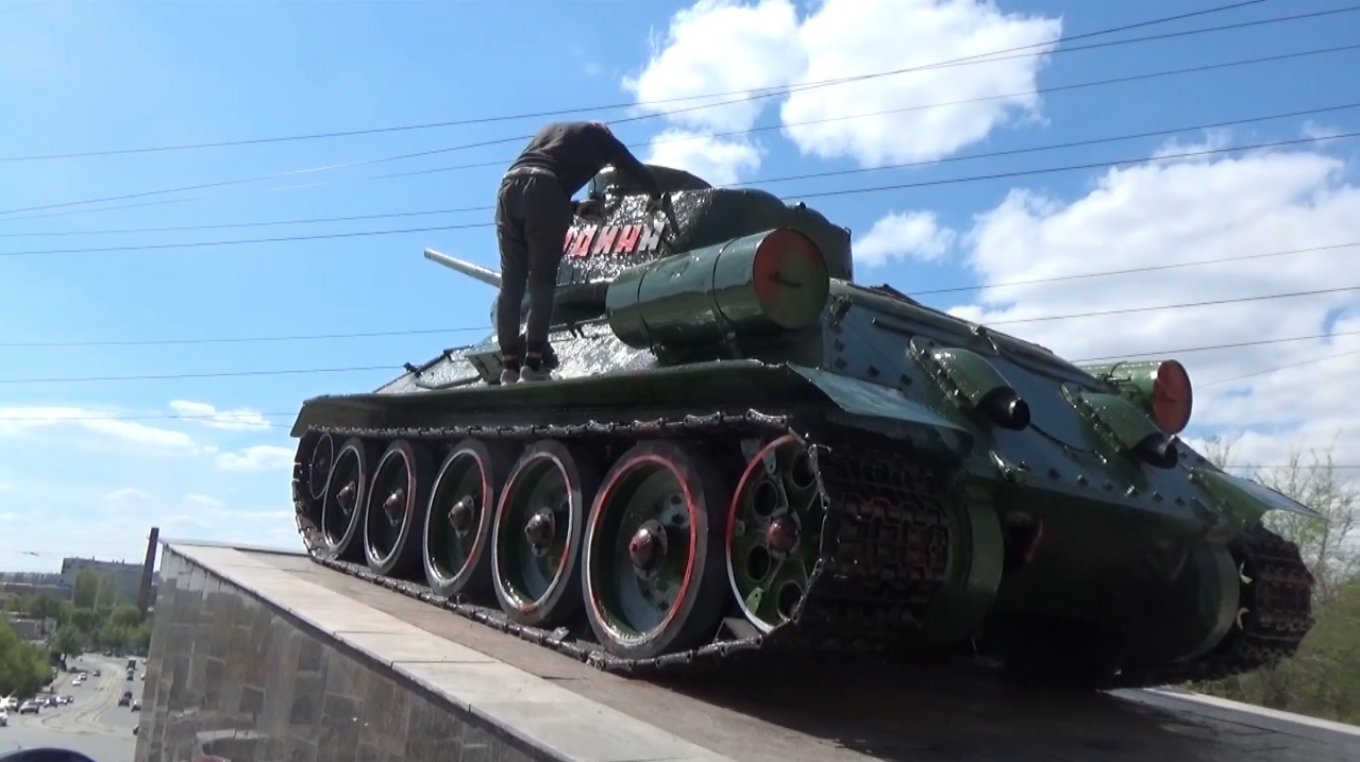 A central Russian man has been detained on charges of vandalizing a monument of a Soviet tank because of its color.

Authorities in Saratov were notified that red paint had been poured on the monument with a sign reading “I request that the T-34 is painted a respectable color” attached to it with Scotch tape.

The 25-year-old suspect said he poured red paint on the “Motherland T-34/85” because it was not army green, police said Thursday.

“I’ve lived here 25 years and I know what color our tank should be. This year, they decided to ruin it,” the suspect said.

He faces up to three years on charges of vandalism, said Andrei Chepurnoy, the head of Saratov police.

The “Motherland T-34/85” monument of a decommissioned World War II tank was installed in Saratov in 1998.