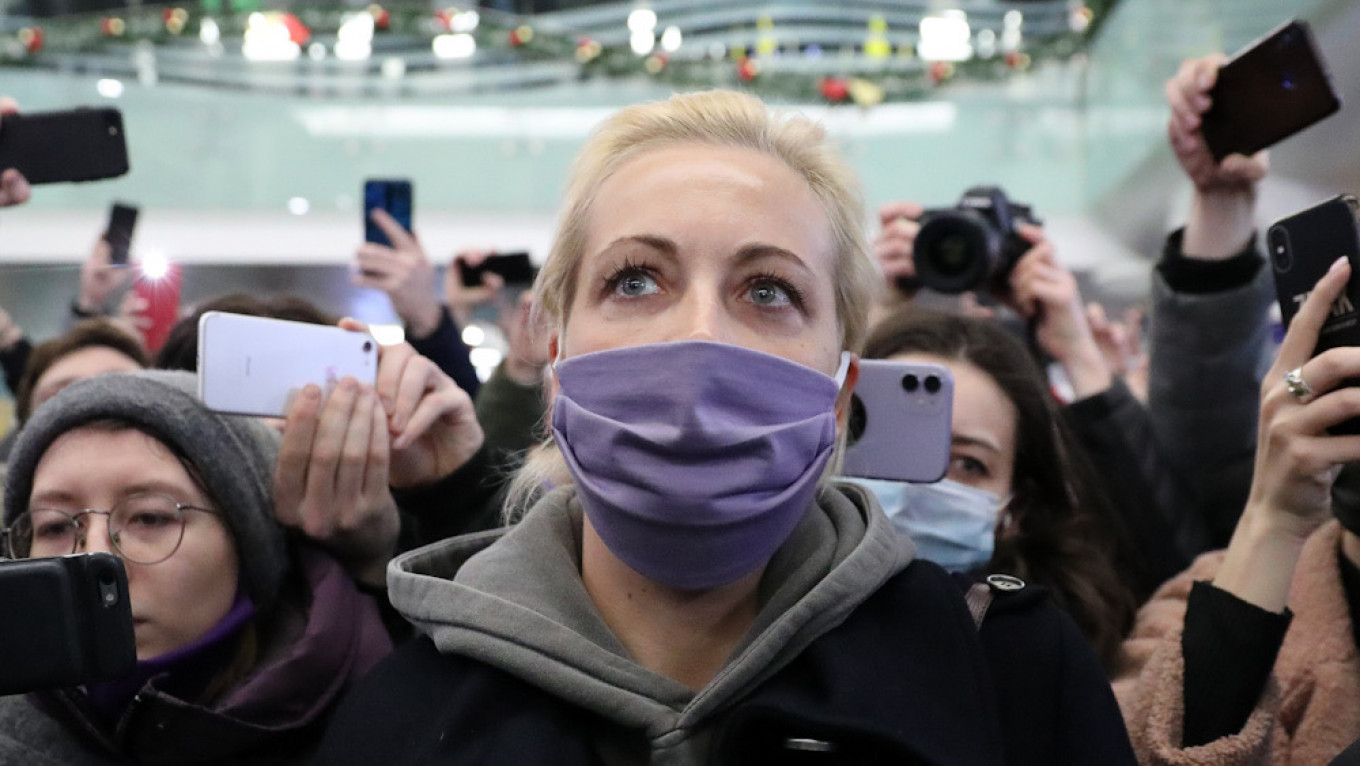 Russian activists have announced a “Chain of Solidarity and Love” in central Moscow on Valentine’s Day in support of jailed Kremlin critic Alexei Navalny’s wife Yulia as well as Russian women prosecuted for political reasons.

The event was inspired by last summer’s women-led actions in neighboring Belarus, where people formed long human chains to protest police brutality and political repression following the country’s disputed presidential election. It follows a wave of mass protests across Russia for Navalny’s release that saw more than 10,000 detained and a harsh police crackdown.

According to its description on Facebook, the Moscow event will be dedicated to the women who were “beaten and tortured by police during the peaceful protests,” as well as “to everyone who spends their days in courts, police buses and special detention centers.”

The event is also dedicated to women like artist and LGBT activist Yulia Tsvetkova, who was prosecuted for sharing body-positive art; Open Russia activist Anastasia Shevchenko, who faces up to five years in prison for involvement in an “undesirable” organization; and other women activists who have faced politically motivated charges.

“Come with flowers, with red clothing items and with paper hearts attached to your clothes, on which you can write the names of the women with whom you want to express solidarity,” wrote the event’s organizer, activist Daria Serenko. “We want to politicize Valentine’s Day and remind ourselves that love is stronger than fear.”

Also on Sunday, Navalny’s team has called on supporters to hold up their cellphone flashlights in residential courtyards for short intervals as a way of avoiding another police crackdown.