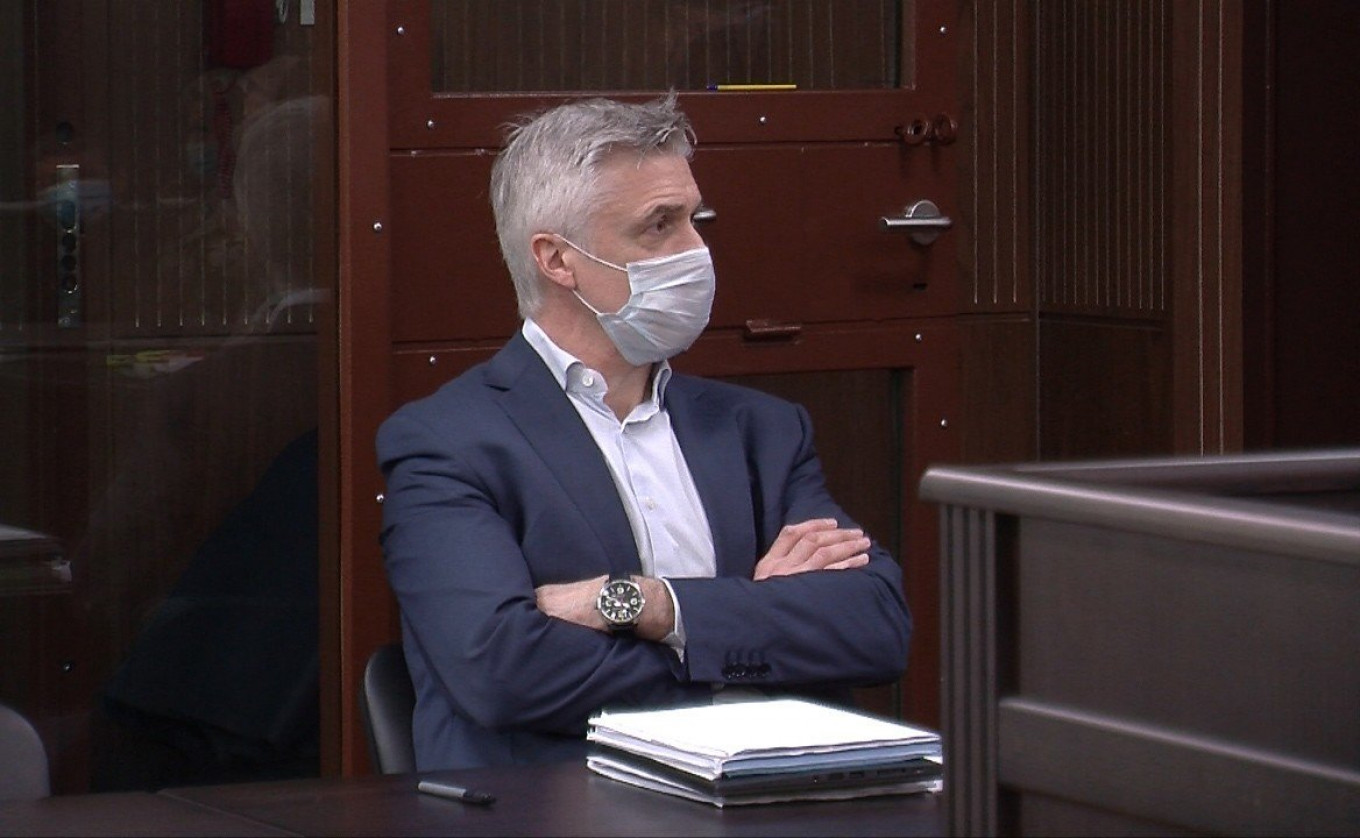 A prominent US investor and French banker went on trial in Moscow on Tuesday nearly two years after they were arrested on embezzlement charges that rattled Russia’s business community.

Michael Calvey, the 53-year-old founder of the Russia-based investment fund Baring Vostok, was arrested along with French banker Philippe Delpal and several associates in February 2019 and accused of defrauding Vostochny Bank of 2.5 billion rubles ($32.9 million).

Calvey and Delpal, who both wore medical masks and dark blazers over light-colored shirts, denied the charges in court on Tuesday, an AFP journalist reported.

“The allegation against me is not only unreasonable and unfair, but also illegal,” Calvey told the judge, speaking in Russian.

Delpal also denied his guilt, saying the case is a “continuation of unfounded speculation and fabrications.”

The next hearing has been scheduled for Feb. 17.

In November, Russia’s Supreme Court ruled to release Calvey and Delpal from house arrest but restrict them to a curfew and no contacts with witnesses or other defendants in the case ahead of the trial.

The ruling followed a settlement Baring Vostok had reached in October with Vostochny Bank, ending a civil dispute between the former partners over control of the bank.

Calvey’s investment fund paid the disputed 2.5 billion rubles to Vostochny Bank, which said it will be dropping all claims.

But the Baring Vostok executives are still facing criminal charges from Russian prosecutors that are punishable by up to 10 years in prison.

The case against Calvey, who has worked in Russia for over two decades and steered clear of politics, and his associates shocked the Russian business community.

The Franco-Russian Chamber of Commerce and Industry on Tuesday said the French business community in Russia “repeatedly expressed concern” over the involvement of the criminal justice system in a case that has “all the characteristics of a commercial dispute.”

The Baring Vostok case also triggered an outflow of foreign capital from the country, with former Finance Minister Alexei Kudrin saying it caused capital flight from Russia to double.

After Calvey and Delpal were released from house arrest, the head of the Russian Direct Investment Fund, which attracts foreign investments into Russian companies, welcomed the decision.

Russia last year saw its lowest level of foreign investment in over two decades as a result of the economic slowdown triggered by the coronavirus pandemic.

Influential voices in the Russian business community publicly supported Calvey and Delpal, saying that the case was a commercial dispute and should not be decided by a criminal court.

Russia’s business ombudsman Boris Titov was cautiously optimistic after the Baring Vostok executives were released from house arrest but said much will depend on the final ruling of the court.

All but one of the suspects in the Baring Vostok case have denied their guilt, saying it was fabricated in an attempt by minority shareholders to gain full control of the bank.

The case against Baring Vostok drew widespread international attention, including that of French President Emmanuel Macron.

The Kremlin has said that it is “carefully monitoring” the developments in the case.

Baring Vostok has invested in some of the biggest companies in the country including online giant Yandex and Ozon, a top e-retailer.

While arrests and criminal prosecution of business people in Russia are common — often launched by local authorities or competitors — it is rare for foreign investors to be targeted.