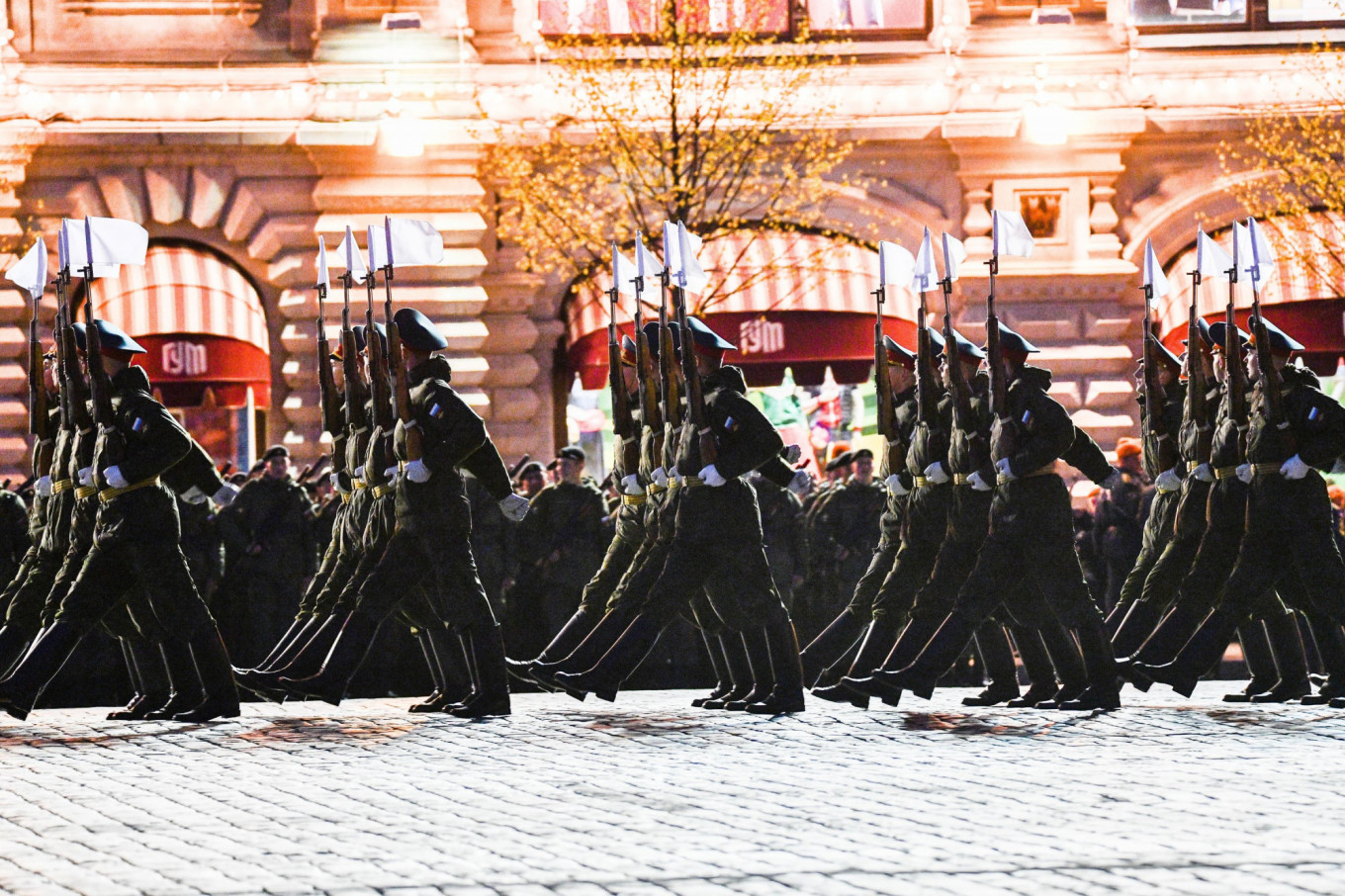 Each year on May 9, Russia and a handful of former Soviet countries celebrate Victory Day, which marks the day after Nazi Germany surrendered and Soviet forces took control of Berlin. The end of the Great Patriotic War, as World War II is known in Russia, is still celebrated as the country’s most important public holiday.

Ahead of next week’s massive military parade, Muscovites are treated to several warm-ups and rehearsals on Red Square.

Here’s a look at one of the nighttime practice runs in the capital: