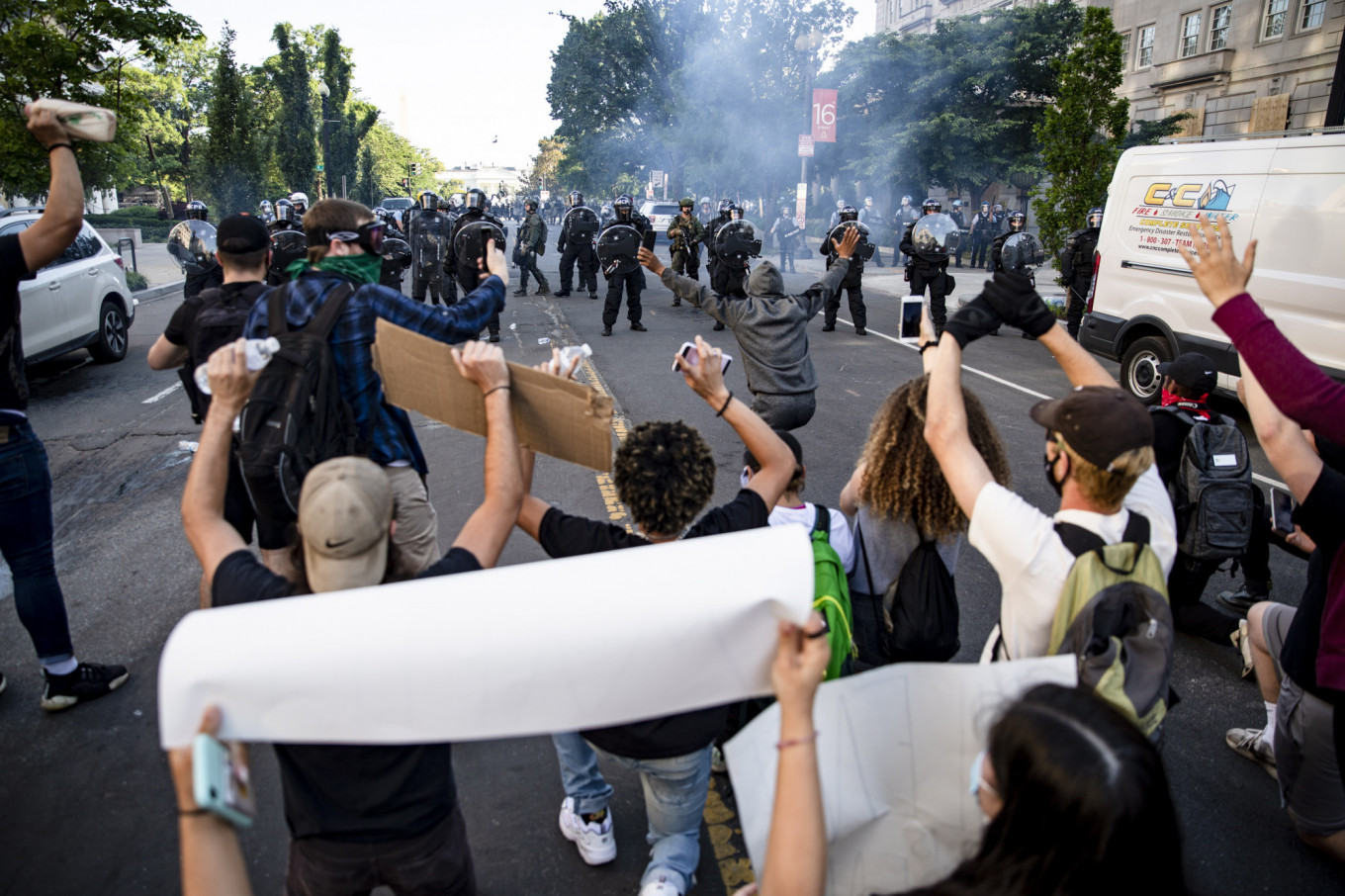 Russia’s Foreign Ministry on Tuesday demanded that Washington “take urgent measures” to stop police violence against journalists, including one for Russian state media.

“We are outraged about the ongoing violence used by American law enforcement against international media covering the protests in the U.S., including Russian,” the ministry said in a statement.

“We demand that the U.S. authorities take urgent measures to prevent journalists from becoming targets of police impunity,” it added.

The ministry said a producer working for state media outlet Sputnik, Nicole Roussell, was hurt when police fired rubber bullets and a grenade to disperse a protest in Washington D.C.

The ministry said Roussell received “many injuries, including from firearms,” and was then stepped on by an officer, condemning this as “an unfriendly act by the U.S. authorities.”

The “outrageous and illegal cruelty” happened right outside the White House, it said.

There have been multiple incidents involving police violence against journalists — some during live broadcasts — at the protests rocking the United States following the killing of an unarmed black man George Floyd in police custody last Monday.

Germany earlier also urged the U.S. to protect press freedoms after a journalist working for German outlet DW reported being shot at by police.